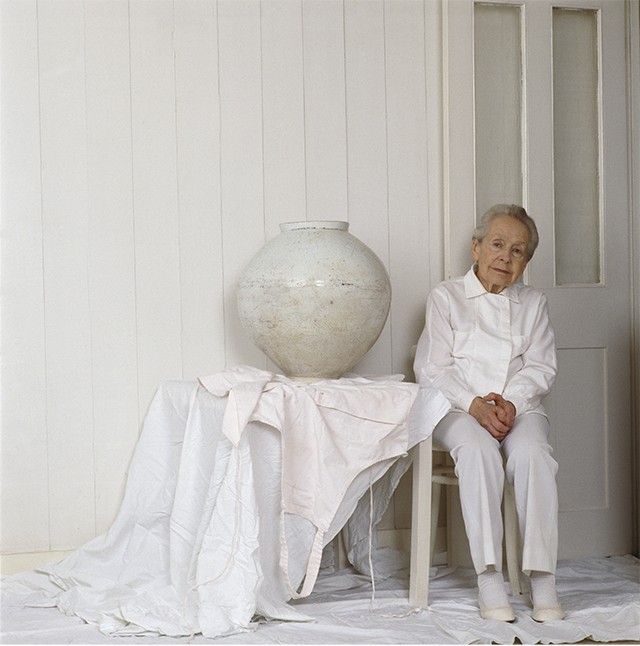 Dame Lucie Rie, DBE (16 March 1902 – 1 April 1995) was an Austrian-born British studio potter, whose works usually consist of hand-thrown pots, bottles, vases and bowl forms. Her creations are noteworthy for their Modernist forms and her use of bright colours and she was influenced by Neoclassicism, Jugendstil, modernism, and Japonism. Today her works are highly desired and fetch impressive prices in auction rooms around the world.

Here we get to know the studio potter better and how she became a household name and the pioneer responsible for giving a new identity to the world of ceramics. 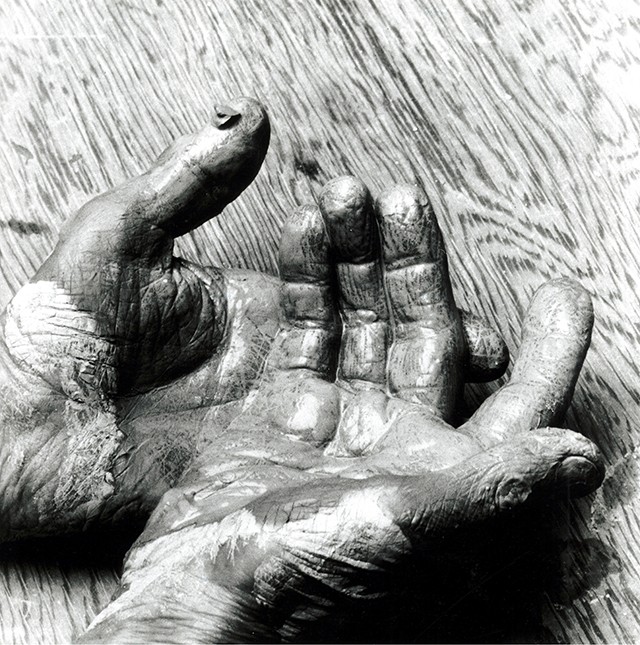 Rie was born in Vienna, Austria and had a liberal upbringing. She studied pottery under Michael Powolny at the Vienna Kunstgewerbeschule, a school of arts and crafts connected with the Wiener Werkstätte, in which she enrolled in 1922.

In 1937 in Rie won a silver medal at the Paris International Exhibition (the exhibition for which Pablo Picasso painted Guernica). In 1938, she fled Nazi Austria and emigrated to England, where she settled in London. At first her modernist works were coolly received as the accepted style of ceramics for The UK at the time was rooted in the Arts and Crafts tradition. Overtime however her practice slowly gained notoriety and Rie had her first solo show as a potter in 1949, at the Berkeley Gallery in London. 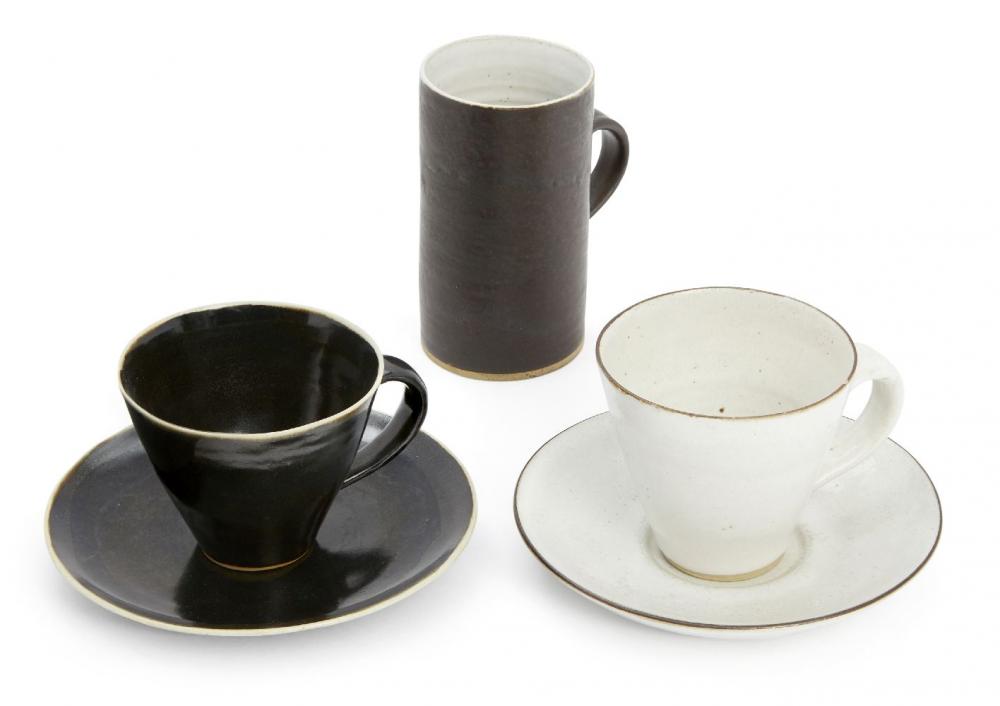 In 1946, she hired Hans Coper, a young man with no experience in ceramics, to help her fire small clay objects, including jewellery and buttons which she sold to support herself during the war. One of her customers and close friend was the Japanese designer Issey Miyake. Like Rie, Coper also came to Britain as émigrés fleeing the growing influence of the Nazis in Europe. Coper later become famed in his own right alongside Rie. Their best-known work differs dramatically, with Rie's being less sculptural, while Coper's was much more abstract, but also always functional. Rie and Coper exhibited together in 1948. Coper became a partner in Rie's studio, where he remained until 1958. Another well-known friend and influencers of Rie’s was Bernard Leach, one of the leading figures in British studio pottery in the mid-20th century. But despite his transient influence, her brightly coloured, delicate, modernist pottery stands apart from Leach's subdued, rustic, oriental work. 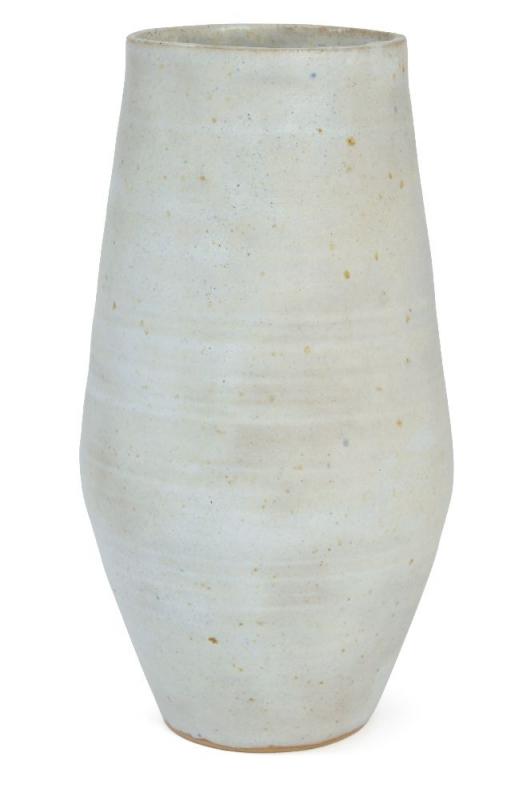 Rie taught at Camberwell College of Arts from 1960 until 1972.  In 1991 was honoured as with the title of Dame Commander (DCE). Besides this honourable award Rie also received several other awards for her work and exhibited with great success throughout her life. This included  her work being displayed in in the Arts Council Retrospective of 1967, showed with Coper in Rotterdam in 1967 and Hamburg in 1972, and was given major exhibitions in Düsseldorf, West Germany, in 1978, and in London at Sainsbury Place and the Victoria and Albert Museum in 1981–82. Her work was seen in exhibitions in Japan as well. 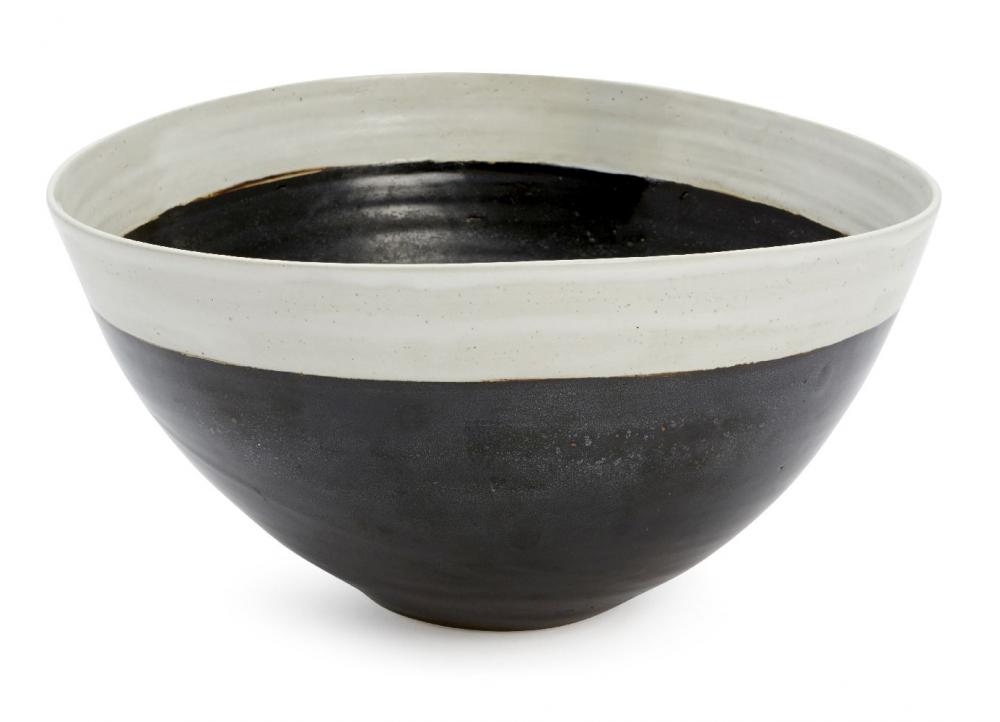 In her sixty years long career, Rie constantly upgraded and refined her craft-pottery, while inventing new shapes and effects which would become her trademarks. This included experimenting a lot with glazes. Using the ceramic chemistry skills, she learnt while at school Rie produced a range of volcanic and textured glazes which became major characteristics in her work. In the 60’s she added thick glazes to her ceramics. In the 70’s she introduced bolder colours such as hues of pinks and blue. She then experimented further producing more detailed designs, topping her creations off with delicate bronze rims. Her perfectionism and eye for details enabled her creativity and precision to stand out from other potters. She gave new meaning and purpose to materials such as clay, stone, and minerals, by turning them into pieces of art. Unlike her contemporaries, she didn’t follow the strict lines of an aesthetic direction, but instead, was inspired by nature and the east, particularly Japan. She also drew a lot of inspiration from Modernist architecture, in particular the designs of Josef Hoffmann. Adapting Hoffmann's interest in metal and fabric, she made her pots minimal and spare in form, concentrating on deceptively simple-looking tall cylinders and rounded bowls, domestic in scale.

Rie died at home in London on 1 April 1995, aged 93. All the ceramics that she produced during her long career, from the domestic wares of the 50s or the eye-catching bronzed bowls of the 70s and 80s helped to elevate the position of ceramics to that of the fine arts. This would then pave the way for a later generation of artists, potters, ceramicists and makers - leaving behind her a rich ceramic legacy.

Many of her works have been sold at Roseberys. If you would like to be notified about Dame Lucie Rie lots coming up for auction register an account to set up key word alerts.

FIND OUT MORE ABOUT THE DESIGN DEPARTMENT