Here we get to know the man behind the famous brand better, whose silver smithy created some of the most original and epoch-defining jewellery, hollowware and cutlery patterns to date. 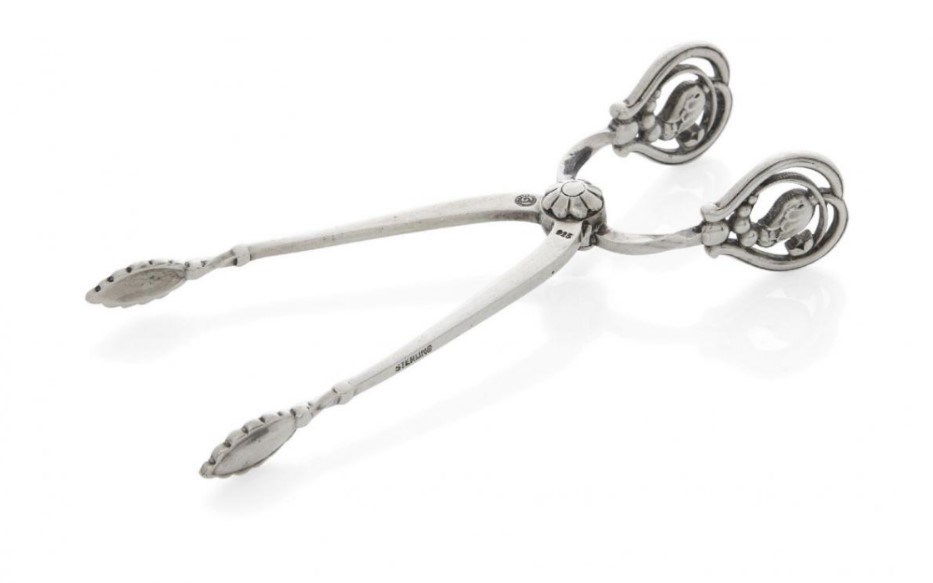 Georg Arthur Jensen was born on August 31st, 1866, into a life of metal, being the son of a knife grinder, in the small town of Rådvad, a tiny rural factory town north of Copenhagen, surrounded with the beauties of nature. As a child, Georg Jensen would model and experiment with clay. The local bricklayers coached the young sculptor and praised his works. His father, Jorgen Jensen, then encouraged him to take his passion further. At the age of 14, he began his training in goldsmithing in Copenhagen. His apprenticeship with the firm Guldsmed Andersen, ended in 1884, which then allowed Georg Jensen to follow his artistic interests. In 1884 he became a journeyman and in 1887 he enrolled at the Royal Danish Academy of Fine Arts, where he studied sculpture. He graduated in 1892 and began exhibiting his work. After graduation he started studying ceramics. Although his ceramic sculptures were admired and well received, making a living as a fine artist proved difficult and he stared working in applied arts. First as a modeller at the Bing & Grøndahl porcelain factory and, beginning in 1898, with a small pottery workshop he founded in partnership with Christian Petersen. Again, the work was well received, but the sales were not fruitful enough to support Georg Jensen, and his two young sons, now a widower.

He made his first piece of jewellery in 1899. In 1901, he abandoned ceramics and began again as a silversmith and designer with the master, Mogens Ballin. This led him to make a landmark decision, whereby he used what small money he had and opened his own little silversmith in Copenhagen in 1904. 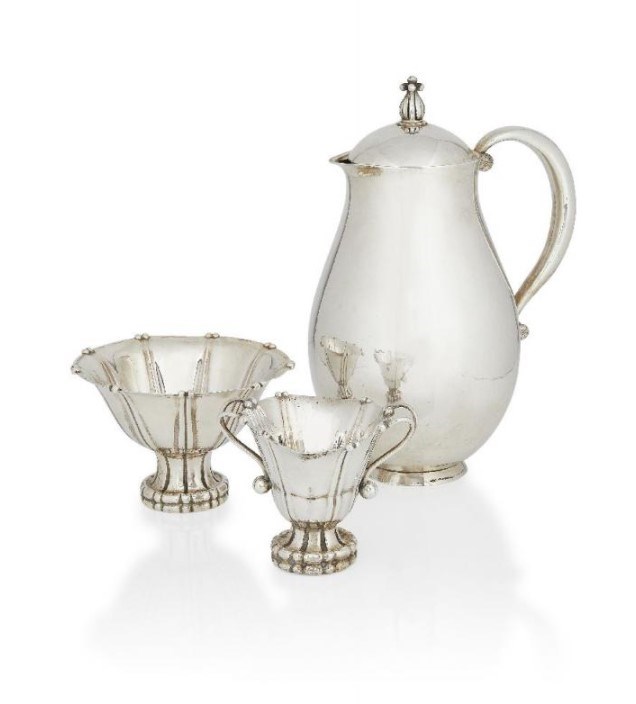 Georg Jensen exhibited his works at several major foreign exhibitions (winning a gold medal at the Brussels Exhibition of 1910) and quickly built a reputation as an outstanding and highly original silversmith. He moved to a larger workshop in 1912 and acquired his first factory building in 1919. Before his designs, most successful silverware producers had relied on the standard repertory of popular traditional designs. Georg Jensen, however, found that the market for his sleek, simple pieces was grander than anyone had predicted and the beauty and quality of his Art Nouveau creations caught the eye of the public and his success was confidently secured. The Copenhagen quarters were greatly expanded and before the end of the 1920s his firm grew quickly. Georg Jensen had opened retail in Berlin (1909), London (1921), and New York City (1924). On both continents his work set trends for modern tableware. He was among the first designers to fashion steel, formerly considered fit only for low-quality, inexpensive flatware, into handsome, serviceable cutlery. By 1935 the firm had branches globally and carried more than 3,000 patterns in open stock.

Georg Jensen's training in metalsmithing along with his education in the fine arts allowed him to combine the two disciplines to create unique designs. The philosophy of Georg Jensen himself was to create democratic designs possessing both functionality and beauty. Georg Jensen’s style embraced the Art Nouveau style while interjecting them with a distinctive vitality. His childhood, close to the forest and lakes, often inspired him to make nature the core inspiration of his work. Opals, green agate and amber were often incorporated in his creations. Tranquil flowing forms were enhanced by superbly sculpted bouquets of flowers and fruits were often incorporated into his designs too. 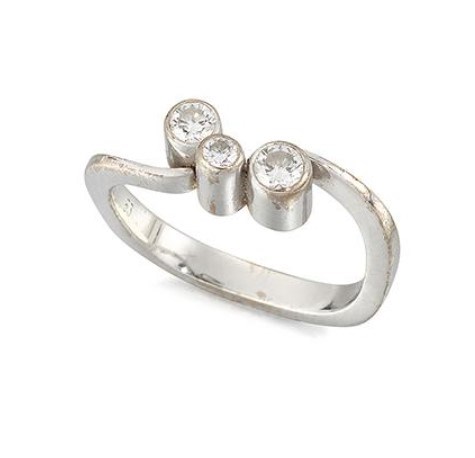 A diamond three stone ring, by Georg Jensen sold within the Jewellery & Watches auction at Roseberys on 20.3.18 for £635

After Georg Jensen’s death in 1935, the smithy was acknowledged as one of the most important silver smithies in the world, as he was instrumental in defining the character of the 20th century Scandinavian Design by drawing on Danish traditions and infusing them with a progressive design rationale. Following on from his death the business was carried on by his son, Søren Georg Jensen. In 1973 the company became part of the Royal Scandinavia Group.

During his lifetime, Georg Jensen's work was collected by museums including the Danish Museum for Decorative Art and the Museum Folkwang. In 2005, the Bard Graduate Center in New York presented an exhibition entitled, Georg Jensen Jewelry. 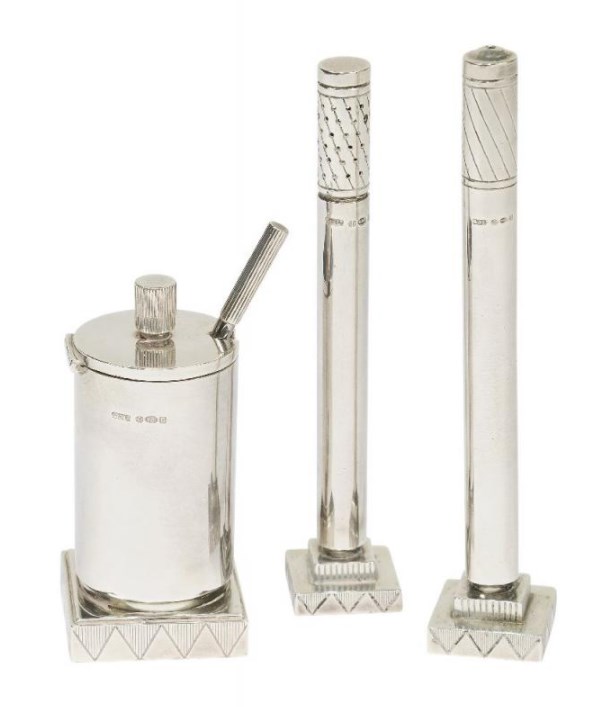 Today Georg Jensen’s philosophy of creating democratic designs that are both functional and beautiful continues to be globally well received and loved today. With a history that spans more than 100 years, Georg Jensen’s brand lives on and continues to represent quality craftsmanship and timeless aesthetic design, producing lifestyle products ranging from holloware to watches, jewellery and home products. Over the years, numerous design icons, including Henning Koppel, Arne Jacobsen, Patricia Urquiola, Marc Newson and Zaha Hadid, have partnered with the brand to push boundaries, defy convention, and reimagine what designs can be. The passion, imagination and innovation of the founding father continues to inspire and influence the house to this day. The market for Georg Jensen, especially silver, has grown steadily over the years. There is now more than ever an appreciation for the role of the artist and maker, with people buying pieces of Georg Jensen silver, simply because of the name it bears. The simple elegance of his works and their emphasis on fine craftsmanship, and the hallmarks are recognized around the world. It is a testament to the value of this silversmith’s timeless work.