When Star Wars, Tattooing and the Art world merged

The London Tattoo convention is the UK’s biggest tattoo event, held at the Tobacco Dock in London, with over 20,000 people in attendance. The story behind how tattooing, Stars Wars and the art world merged started at this convention, which is an event to celebrate the art of tattooing as well as it’s culture and lifestyle.

Within the convention was an exhibition titled “Imperial Tattoo Army”. Star Wars Stormtrooper suits, and helmets produced by Shepperton Design Studios were decorated live at the event by tattoo artists who were featured at the convention. Shepperton Design Studios are committed to producing the highest quality helmets, armour and props available. They originally created iconic characters such as the Stormtrooper in 1976 and use the legacy moulds from the first production to maintain an incredible level of accuracy. Their skilled craftsmen use the same materials and techniques used in 1976 to make todays replica. Every product they make is overseen by Andrew Ainsworth, the original creator. Their products are artworks alone, so the contribution of the Tattoo decoration element make the lots even more appealing.

Roseberys are now proud to offer these pieces to the market within the Urban & Contemporary Art auction on Wednesday 24 February. Here we explore the tattoo artists involved in the collaboration further, to learn more about their individual artistic styles. 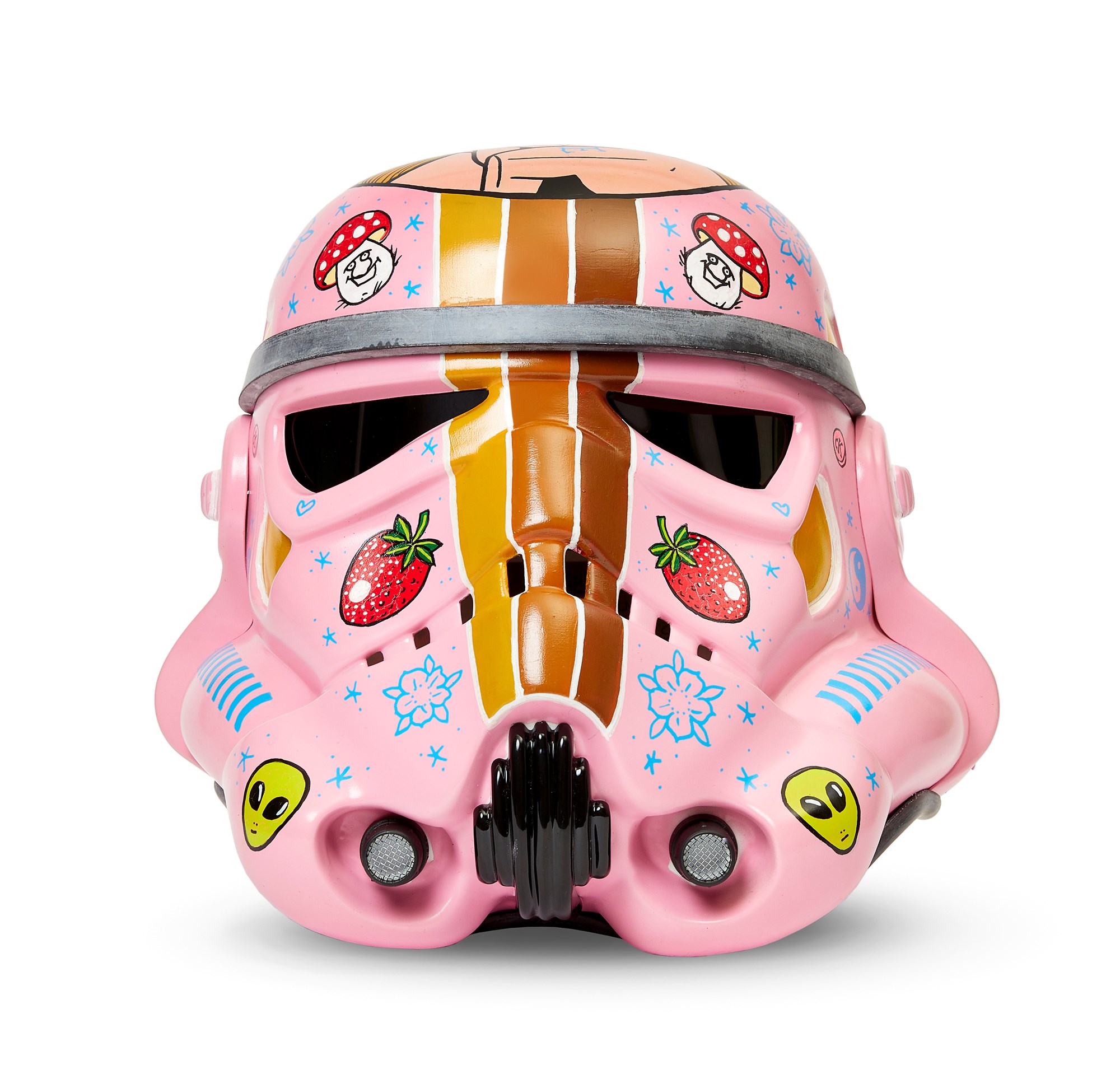 Guen Douglas is a tattoo artist renowned for her playful whimsical touches in her new school style tattoo work. Raised in a creative household, Douglas inherited her artist talents from her parents. While her first artistic outlet was ballet dancing, she later got the ‘ink bug’ adorning her own skin which inspired her to pursue a career in the artform. She is an artist that has travelled all over the world pursuing her art from Canada to Holland. She now lives and works in Berlin at the TAIKO GALLERY. The artist’s playful style can clearly be seen in the piece produced for the tattoo convention, now on offer within Roseberys Urban & Contemporary Art auction. 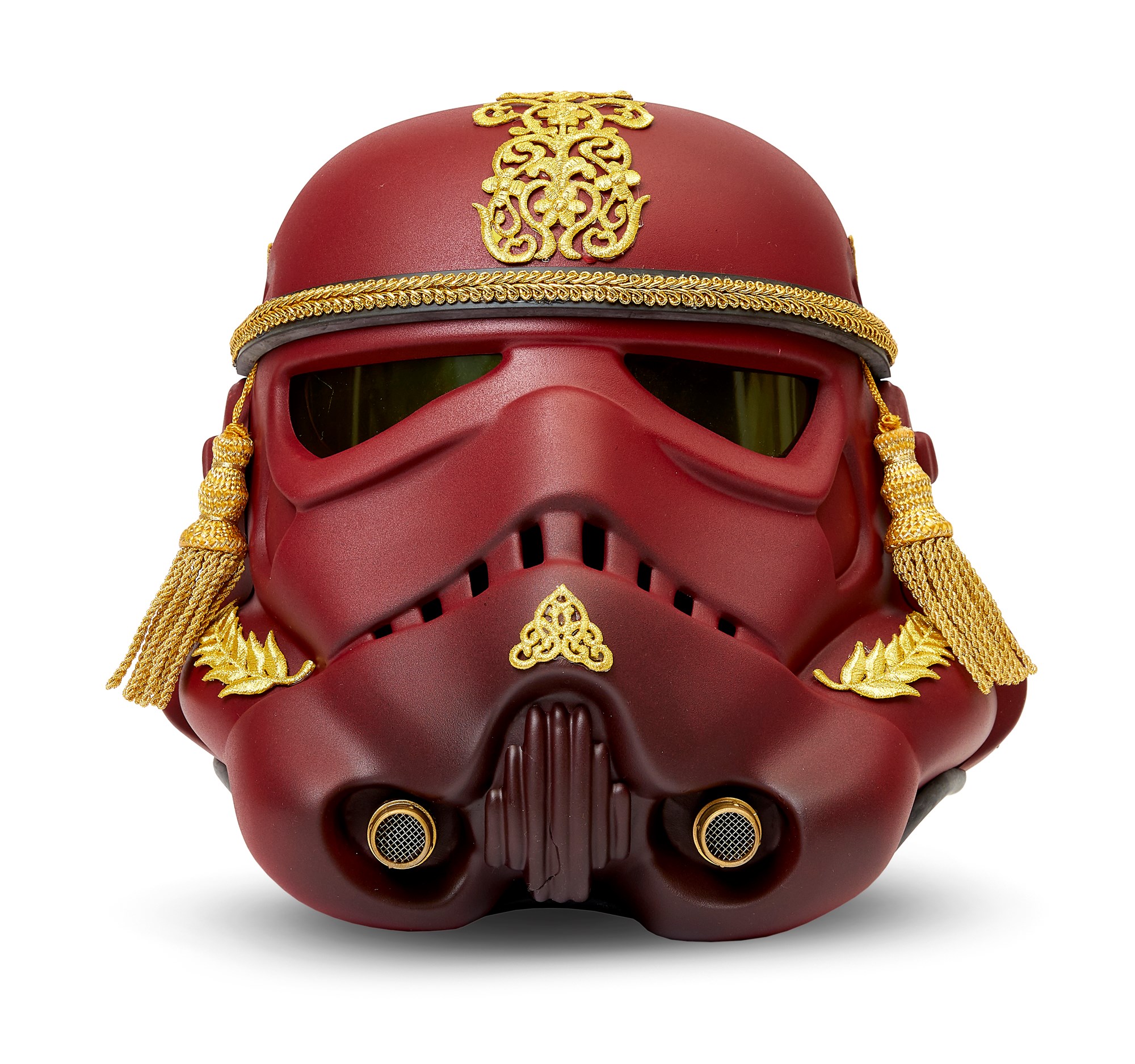 Victor Chil is a Spanish tattoo artist who uses bright colours in his tattoo work. Within his work he illustrates a lot of movement and a great technical accuracy on an illustrative base. Victor’s style reflects a lot of his personality and taste.  Over his career his  taste and way of working has been evolving to a more traditional and solid base. He is interested on working on nature related issues, animals and machinery and draws a lot of inspiration from Japanese style tattoos. He began his career as a graffiti artist but soon moved on to tattooing and is now a very successful artist within the tattoo world.

Hanumantra is a tattoo artist based in Shrewsbury at Unity Tattoo shop. He began his career travelling around the Australian coastline and this inspired him to begin tattooing through what he had seen. In producing his works, he takes inspiration from various different cultures, styles and genres. His continued travel through south America and Asia constantly influences his work. Hanumantra curates each piece for his clients so they are unique and individual this has meant people travel from all over the world to be tattooed by him for the uniqueness and style of his tattoos. 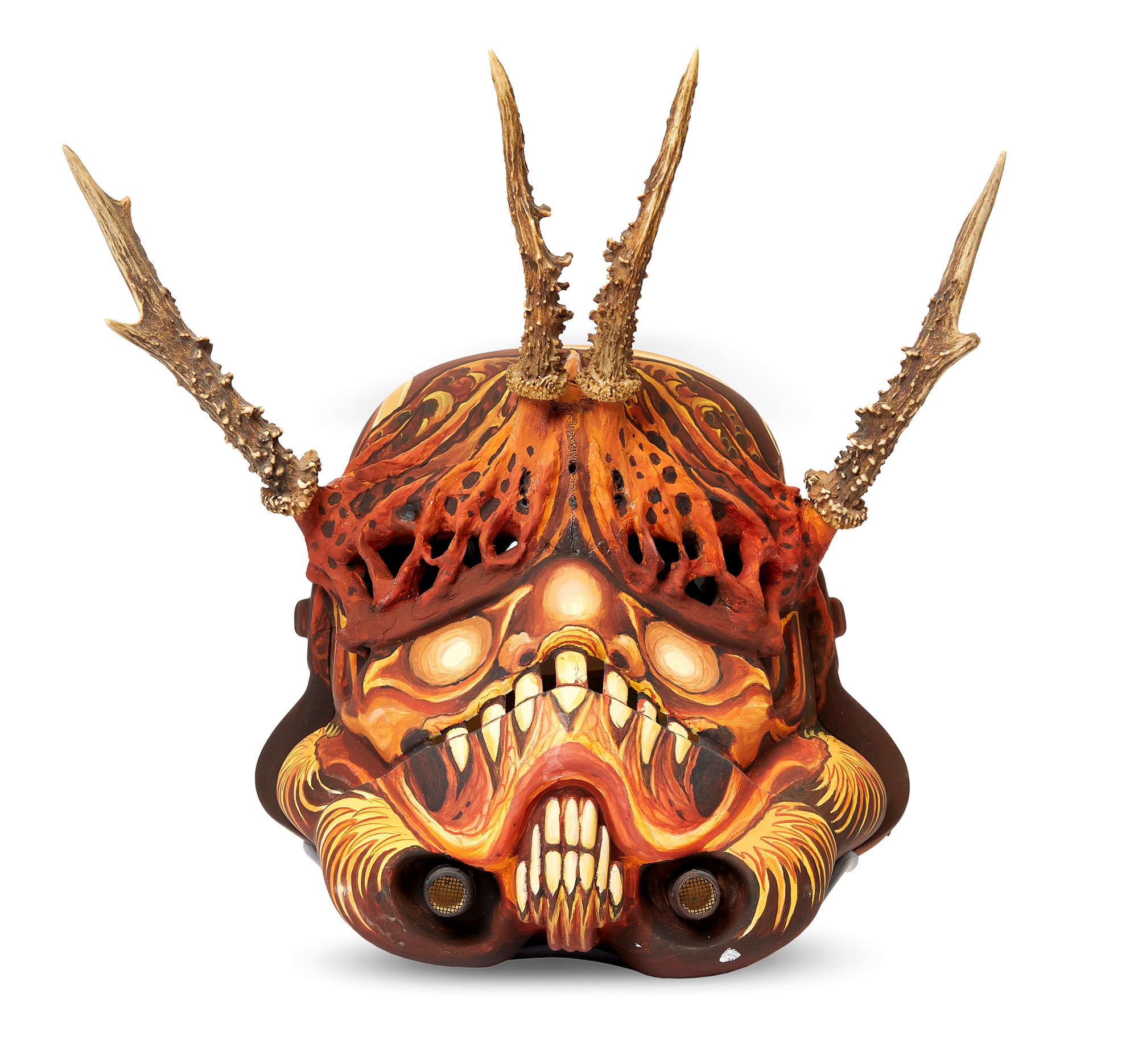 Vlady is a tattoo artist from Malta. His work is influenced by traditional Japanese tattoo style with elements of new school and fantasy style tattooing often featuring mythical creatures in his work, his style can clearly be seen in the piece he produced for the tattoo exhibition.

Jondix is a tattoo artist based in London, working out of seven doors tattoo in Shadwell. His work features fantasy influences, as well as a large amount of geometric and pattern work.  He mainly works in black and grey colours. He also produces works on paper which often include more colour. His style can be seen clearly in the work on offer at Roseberys which incorporates dashes of red throughout but mainly consists of black pattern work and symbolism.

Jordan Croke is a tattoo artist based at SANG Real Co in Derby. His style of work is hyper realistic tattoos often depicting colourful portraits of people or animals. The level of skill and detail in his work is quite amazing whilst also maintain great colours throughout. Some of his work includes portraits of sportsmen or characters from tv shows such as game of thrones and one recently of David Bowie. The bright use of colour in his work has been translated into the piece on sale at Roseberys on the 24th of February at the Urban & Contemporary Art auction pictured above.