The fascinating life of Bada Shanren

Roseberys are privileged to be offering a Chinese scroll painting by Bada Shanren in their upcoming Chinese, Japanese & South East Asian Art auction on the 11th November.  This will be the first time this painting has been offered on the open market, having been exhibited at the Ashmolean Museum for two years. This is an exciting and rare opportunity for connoisseurs of Chinese art to acquire a delightful painting executed by one of the most important Chinese artists of all time.  It carries a pre-sale estimate of £50,000-£80,000 and will be exhibited during the prestigious international event Asian Art in London which runs from 29th October – 7th November.  Here Roseberys’ Sam Howard delves into the fascinating life of this much-revered artist. 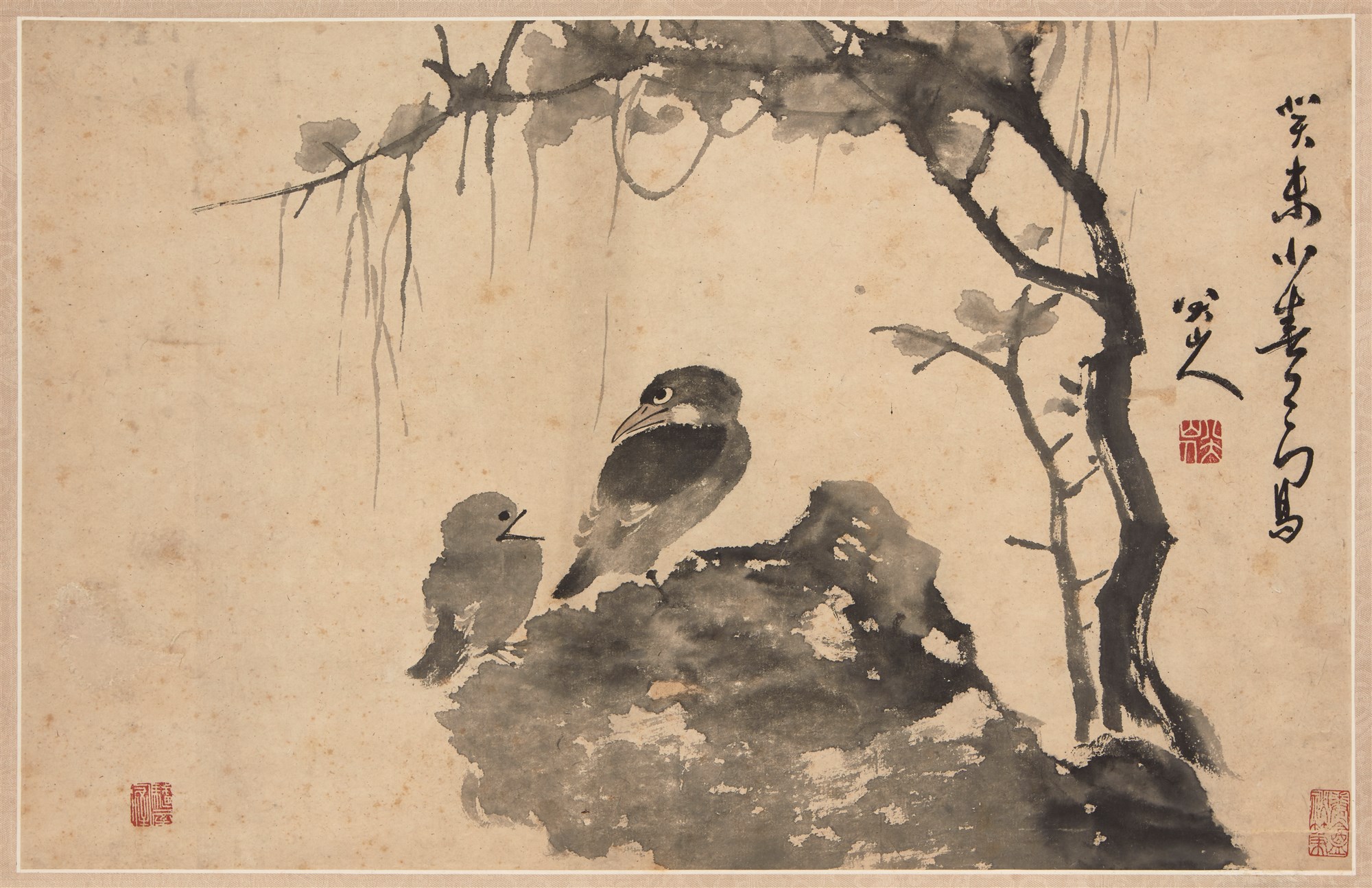 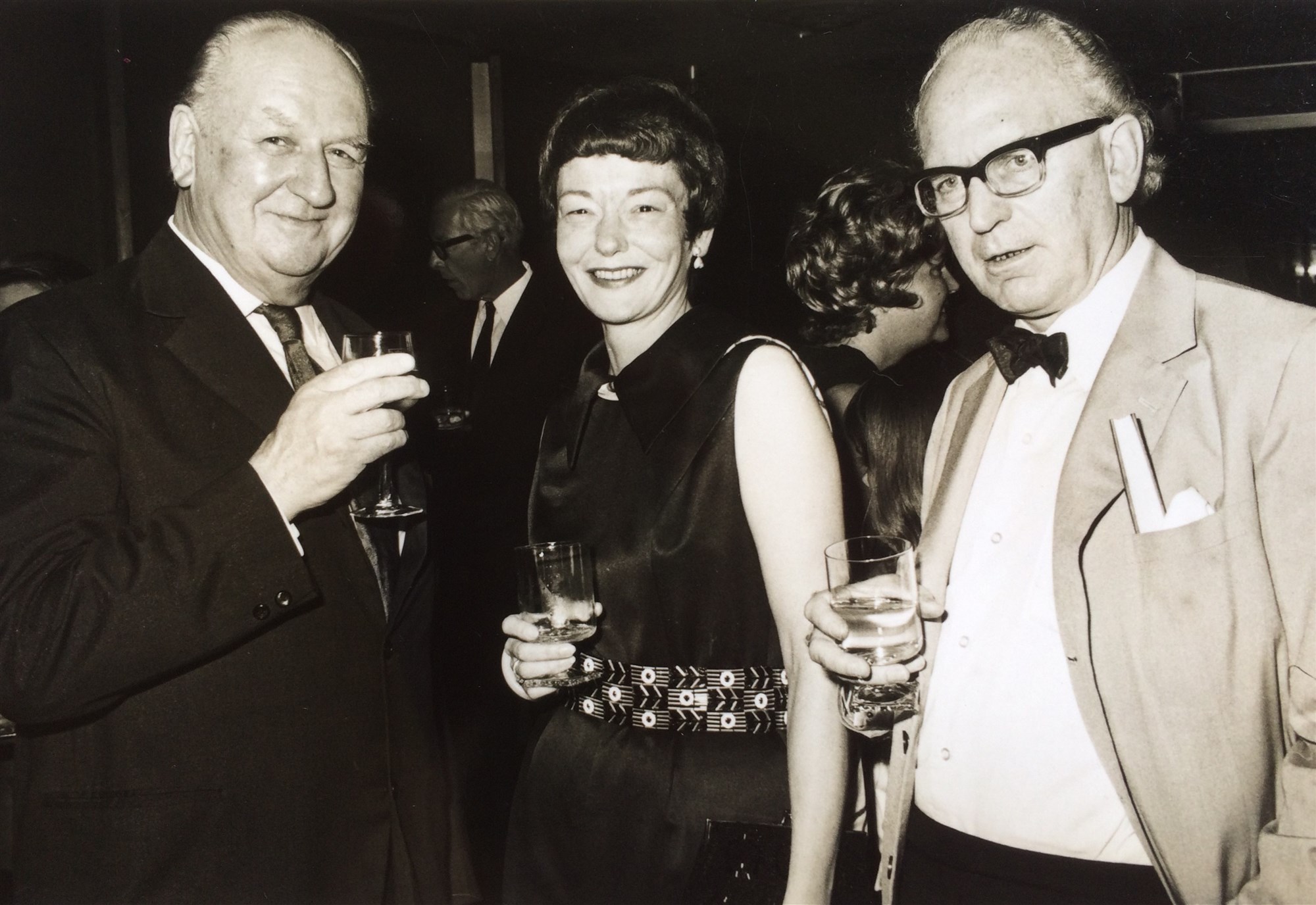 Edward ‘Ted’ Cowen led a fascinating and extremely active life. He arrived in Tientsin in the late 1920s to live with his father who was the then editor of the North China Morning Post.  He was invited by the great Jesuit philosopher Pere Teilhard de Chardin to accompany him on one of his treks into inner Mongolia but was prohibited from going by his father. Instead he became a cub reporter for the Far Eastern Times and after the death of his father, moved to Peking where he used his fluent Chinese as a buyer and manager for Henningsons, a well-known trader in furs and pig bristles, which necessitated long trips by camel to inner Mongolia.

In Peking he lived for some years in Wei Shan Tsui Lao T'ang, (Hall of Greatest Happiness and Goodness) in Prince Ch'ing's Palace within Ch'eng Wang and enjoyed an exuberant social life. He was a frequent dinner guest of Alexandria Munthe, mother of Alexander Grantham, (later to become Governor of HK), and counted amongst his friends Henri Vetch, publisher and bookseller working out The Grand Hotel and whom he met later in Hong Kong, and Alfie Koehn, whose Lotus Court Publications worked out of 23 Ta Pai Feng Hotung.

Throughout his time in China he acquired curios and built up an extraordinary collection of imperial costumes and embroideries which today forms the backbone of Hong Kong Museum of Art’s collection of Chinese textiles.  His collection of oracle bones were gifted to China via Prof. Chi Wenxin in 1982 and are recorded as the Cowen Collection by the Chinese Academy of Social Sciences. His son, the present owner of this Zhu Da painting, well remembers his father describing how he bought a painting directly from Qi Baishi at his studio.

After surviving pneumonia in PUMC and with the advance of the Japanese restricting life in the capital, he was recruited to head-up the Reuters office in Shanghai as their only foreigner. In due course he was gaoled for nine months before being released as part of a prisoner exchange arranged by the IRC and the Swedish Govt. and sailed westward aboard the Kungsholm.

He spent his final decade living and working in Hong Kong and died there in 1974 aged sixty four.

The Enigma of Bada Shanren

‘There are many who know Shanren, but there is none who truly knows [him]... What is he supposed to do? By acting suddenly mad, or suddenly mute, he can conceal himself and be the cynic he is. Some say he is a madman, others say a master. These people are so shallow for thinking they know Shanren. Alas!’

Of all the words used to describe the life and work of Bada Shanren (c.1626–1705), it is surely ‘enigmatic’ that rings truest. Since the early twentieth century Bada Shanren has been regarded as one of the greatest painters of all time, credited with invigorating Chinese painting and inspiring future generations of ‘eccentric’ and Individualist artists. However much of his work is shrouded in mystery, each painting rich with clues that offer glimpses into his troubled life, yet none providing definitive answers. His contemporaries praised him both as a genius and as a ‘madman’.

Born a Ming prince by the name of Zhu Da, he enjoyed an upbringing steeped in academic and artistic opportunity. From a young age he studied the early masters Ouyang Xun (557-641), Li Bo (701-762), and Meng Jiao (751-814), amongst others, and also the Ming calligrapher and painter Dong Qichang (1555-1636), the latter having an enormous impact on the future-artist Bada Shanren.[2] Four years after he passed the imperial exam, Zhu Da’s privileged life plunged into the chaos of dynastic upheaval; the Ming emperor Chongzhen committed suicide as the Manchu armies captured Beijing and established the new Qing dynasty. Fearing for his life, Zhu Da went into hiding in the mountains, taking refuge in a Buddhist monastery and adopting the name Xuege. After more than thirty years of anonymity, he left the monastery and returned to society, deciding that he was safe to do so now that the Qing court had fully established itself.

Bada Shanren’s new secular life was not without its troubles however, and after establishing himself as a gifted painter, he began to attract the attention of officials. After a year-long stay with the prefect of Linchuan, Hu Yitang, Bada Shanren experienced a supposed-mental breakdown. Hu had been pressuring the artist to submit himself to the Boxue Hongci examination of 1679, and many have speculated that his breakdown was feigned. This was a long-established practice in China, used to position oneself outside the normal expectations of society, and to dampen suspicion of loyalist sentiment and anti-government activity. Zhang Chao 張潮 (b.1650), a contemporary of Bada Shanren’s, described some of the artist’s techniques for cementing his ‘madness’ in the eyes of officials:

‘I have heard that Shanren who lives on the right side of the Yangtze River was often summoned by military men to paint for them. They often kept him for two or three days without letting him leave. Shanren would then defecate in the audience hall. His host couldn’t stand it and so he let him go. … I also heard that Shanren had written on a fan a large character saying ya (‘dumb’). When he could not take part in a conversation, he just raised his fan to show the character ya.’[1]

It is this loyalist sentiment interwoven with eccentric expression that defines Bada Shanren’s work. After the early 1680s the artist entered a period of significant creativity, producing some of his most enigmatic and enchanting works. In his later years he lived as hermit, devoting his time to painting and calligraphy, and in 1701 he set up a studio, called Wuge caotang (Hut for Sleeping Alone and Waking to Sing)[2]. ‘Two Birds on a Rock’, painted the year after, exhibits many of the defining characteristics associated with the artist.

The Symbolism of the Mynah Bird

The mynah bird is an iconic image used frequently in Bada Shanren’s compositions - with its razor-sharp beak, and large rolling eye emanating a subtle anger that intensifies the longer the viewer meets its gaze. Bada Shanren is the voice of the yimin, the leftover subjects of the Ming dynasty, and his works created during the late 17th century exhibit deep, yet subtle, loyalist sentiments, as well as feelings of loss and grief. He wrote the following poem, which captures his sense of loneliness in the new world, on a wall in 1674:

When will the plan to return be fulfilled?

In an album of landscape paintings Bada Shanren wrote an inscription: ‘The brush may still paint the mountains and stones but the actual ground is lost’.[4]  This visceral description of grief is present in ‘Two Birds on a Rock’; the immediate objects in the composition – the rock, the tree, the birds, are all painted in masterful detail – however the space where the landscape should be is empty. As the viewer moves their gaze across the painting, they are ushered towards the void that stretches out into the left side of the composition. The mynah bird exhibits contradicting emotions; its back is turned away from the empty land signifies a desire to move on and assimilate into a peaceful existence in the new world, however its head is turned back to face the void – perhaps a lingering reluctance to leave behind the old Ming dynasty, and with it the promising future it once offered Zhu Da.

Another calling card of Bada Shanren’s is the significant depth of emotion instilled in the objects within his compositions. His depictions of natural features – rocks, branches – are used to express emotional and physical precarity. For example, take his work ‘Lotus and Ducks’ from the Seattle Art Museum[1], which depicts a pair of ducks perched on an unstable-looking formation of rocks, their hunched postures foreshadowing trouble. In contrast, ‘Two Birds on a Rock’ sees the rock itself composed of bold, dark ink washes that gradually soften, indicating a sense of fading away into the emptiness below. Here we see the artist moving away from the hard, rigid depictions of rocks of his earlier works, signifying perhaps a softening of the anger that characterised his earlier work.

The tree mirrors the emotions contained within the rocks; growing from the darkest area of the rock formation, the tree bends over the two the birds, the trunk curving towards the empty space at the end of the painting and guiding the viewer’s gaze towards the void. As the tree extends out it becomes thinner, the leaves sparser, and the ink fainter, culminating in the thinnest scratching of ink as it runs out on the brush. The duality of emotion is once again found here – is the thinning of the tree and rock symbolic of Bada Shanren’s lingering grief, or does it rather show an artist gradually accepting his place in the world?[3] Either way, there is an undeniable sense of unease present in this work, which conveys many layers of contradicting emotions.

The freely-brushed ink and bold compositions, combined with the quirky, and often scathing, humour within Bada Shanren’s compositions directly inspired the ‘Eccentrics’ of Yangzhou a generation later. Luo Ping 羅聘 (1733-99) utilised depictions of birds, plants and insects to parody the burning of books during the editing of the Siku quanshu[4], echoing Bada Shanren’s depictions of animals as a means to subtly mock Qing officials. Centuries later, at the beginning of the 20th century, Bada Shanren’s art experienced a surge in popularity alongside the growing anti-Manchu sentiment, gradually leading to the breakdown of the Qing dynasty. His popularity was such that his name was inscribed onto scholar’s objects, signaling resistance against the Manchus and support for Chinese nationalism.[5]

It is hard to overstate the importance of Bada Shanren. Whether it be the influence of his art, with masterful compositions and brushwork combined with effervescent humour, on future generations of artists, or his political dissatisfactions with the Qing dynasty influencing a resurgence of rebellion against the Manchus towards the end of the Qing dynasty, Bada Shanren is one of the most important artists of all time.