LONDON: International buyers were out in force for Roseberys 255-lot sale of Impressionist, Modern, Post War & Contemporary Art, securing over 90% of the lots sold and competing fiercely for the best works on offer. A truly global sale, it contained eye-catching artworks from Europe, Africa, North and South America and Australia, with the international market responding especially well to rare works of quality with good provenance by established artists.

Tess O’Brien, Head of Sale, comments: We were delighted with the results of our second sale of the year. We had many works from European collections and once again over 90% of the lots were sold to buyers outside the UK. 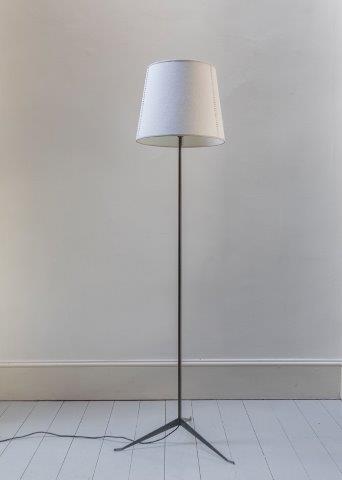 Attracting special attention were a selection of paintings and sculpture by 19th and 20th century artists who had been drawn to Paris during its artistic prime. Among them was a striking c.1925 Cubist gouache of a stylised standing figure was Ukrainian-born American artist and sculptor Alexander Archipenko (1887-1969). This particular work is believed to have been created during his years in Germany. It had sold at Roseberys in 2013 for £6,800. It proved a canny investment when the hammer came down at £23,750 this time with four phone lines in the mix to own it. Archipenko was an early follower of Cubism in Paris. He explored the human figure through concave and convex forms and developed unique and innovative sculptures that earnt him the status as one of the leading sculptors of the movement. A relief construction closely resembling the gouache titled ‘Woman’ and executed in 1923 is in the Yale University Gallery’s collection. [Lot 25]. 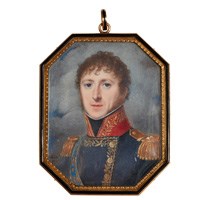 Intérieur à Paris, a rare Parisian subject by the Hungarian artist Bela Czobel (1883-1976), was taken to £18,750, more than double its top £6,000 estimate.
The late 1920s oil on canvas was most likely painted in Montparnasse where Czobel had a studio between 1925-1939. It came via direct descent from the Hungarian art collector Paul Szeben. [Lot 20] 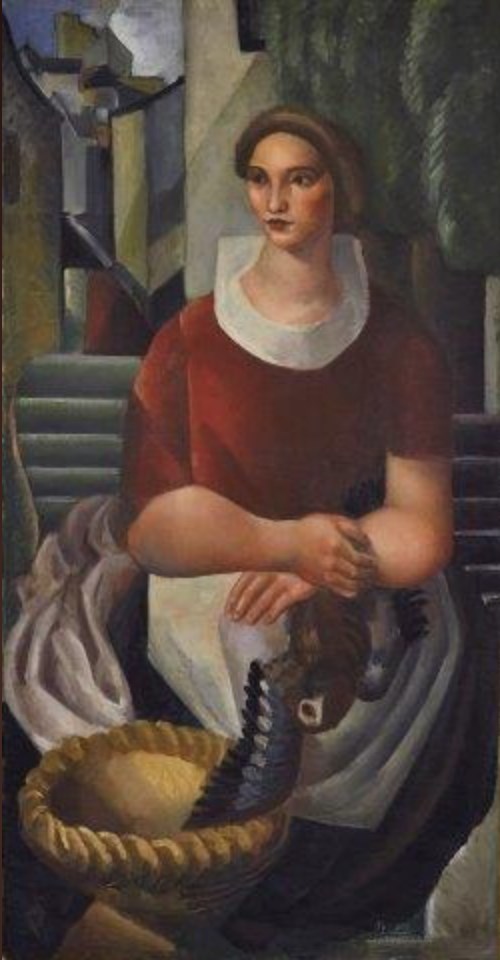 Another rarity was a figurative work by the French artist Roger Bissière (1886-1964), best known for his stained-glass window for Metz cathedral and other churches.
The 1922 work is thought to depict the wife of the French Cubist painter André L’hote, whom he befriended along with Georges Braque when he became a member of the new Paris School. Bissière was encouraged to develop a more humanised version of Cubism and is known for this unique contribution to the movement. Carrying modest hopes of £2,500-3,500, the portrait made £9,750. [Lot 24] 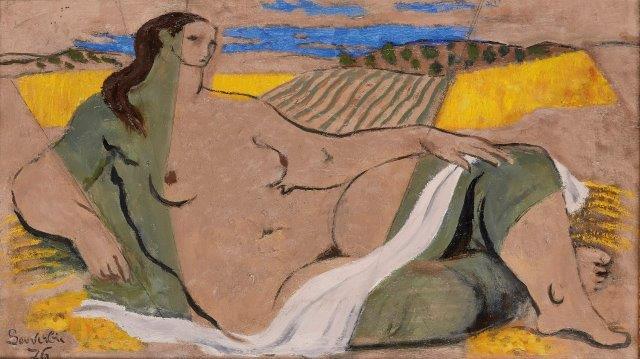 These works were complimented by a private offering of 20th century ‘Paris School’ art by both foreign and French painters. Among them was a characteristic neoclassical-inspired Greek nude by Jean Souverbie (1891-1981) from 1976.  Influenced by Pierre Bonnard, Édouard Vuillard and Braque, Souverbie is best known for his paintings which were unique modern interpretations of neoclassical art and Greek sculptures. In this late work, dated ‘1976’, Souverbie took the neoclassical theme of the reclining nude and approached the form as a Greek sculpture. A rare piece to be offered in a London saleroom, it found a buyer at £10,000. [Lot 111] 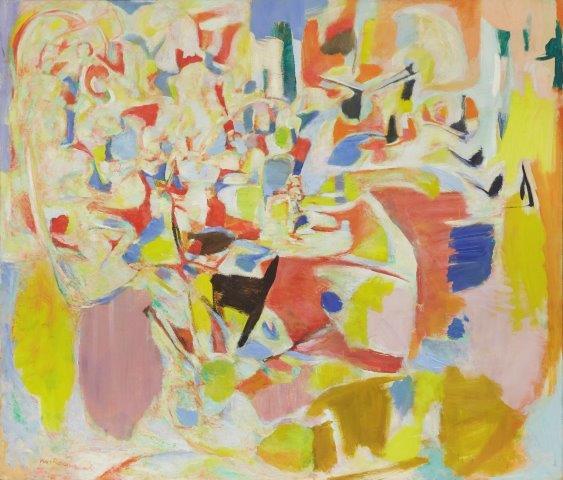 Further highlights included Composition, a large, bright and bold canvas in oils by Marie Raymond (1908-1988), a leading female exponent of ‘Abstraction Lyrique’ and the mother of the renowned artist Yves Klein. Returning to auction for the first time in nearly two decades at a time when appreciation for women painters is growing, it sold above top estimate for £7,500. [Lot 32] 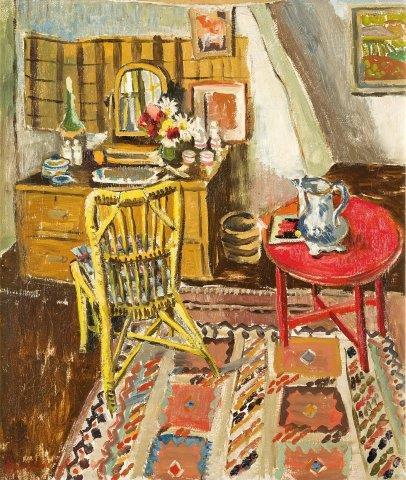 A selection of African artwork sold well including a £12,500 colourful interior scene by the significant South African woman artist Freida Lock (1902-62). It was the first time the painting had been on the market since it was purchased from Lock’s art dealer. Lock explored a number of genres throughout her artistic career but is perhaps most renowned for her balanced and colourful interior scenes. She was one of the founding members of the New Group (1938-54), an artistic circle made up of young South African artists, including Gregoire Boonzaier, Lippy Lipshitz, Cecil Higgs and Terence McCaw. Lock and her contemporaries brought a unique and innovative style to the conservative South African art scene, sometimes even being referred to as the ‘Cape Impressionists’. [Lot 63] 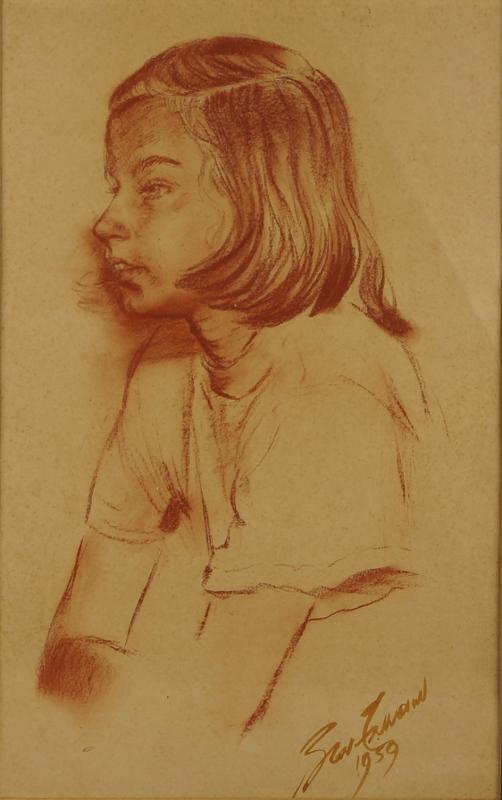 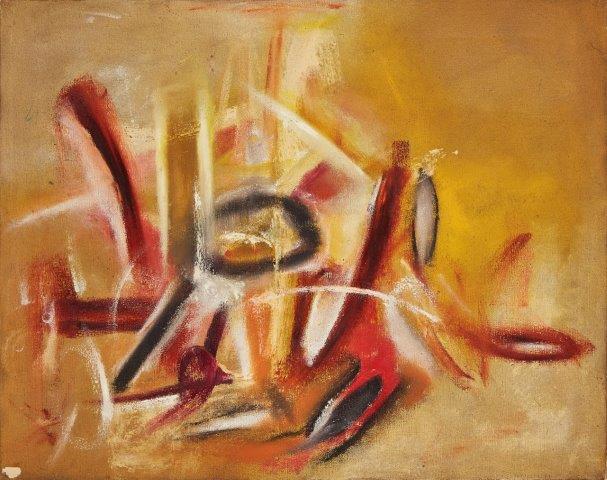 Selling well above estimate for £4,000 despite the work requiring some restoration was Aubrey Williams’ (1926-1990) Savannah Sun. The 1959 oil on canvas was purchased in 1965 at the Commonwealth Institute in London by the vendor’s father and is similar to the Guyanese artist's abstract work, Death and the Conquistador, also from 1959, which is in the Tate collection.
Williams is best known for his large, oil-on-canvas paintings, which combine elements of abstract expressionism with forms, images and symbols inspired by the pre-Columbian art of indigenous peoples of the Americas. [Lot 95] 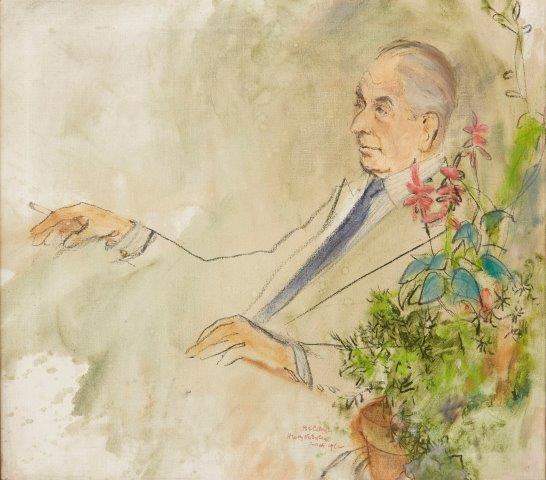 Nine lots of Austrian, German and American works came from the estate of the American art dealer Charles B Moses, owner of Galleria 88 in Rome who gained a reputation for exhibiting emerging artists. The group contained a mix of affordable oils and works on paper from the 1950s and ‘60s by the likes of Eugene Berman (1899-1972), Gene Charlton (1909-1979) and Jacques Gabriel (1934-1988). Many had been given as gifts by artists to Moses. The top lot here was Jack Frankfurter’s (b.1929) 'Vento dal SVD', a c.1950s oil on canvas knocked down at a multi-estimate £2,200. Frankfurter’s first solo exhibition was held at Galleria 88 in 1961. From then on, the gallery held an exhibition of Frankfurter’s works every year until its closure in 1972. [Lots 80-88] 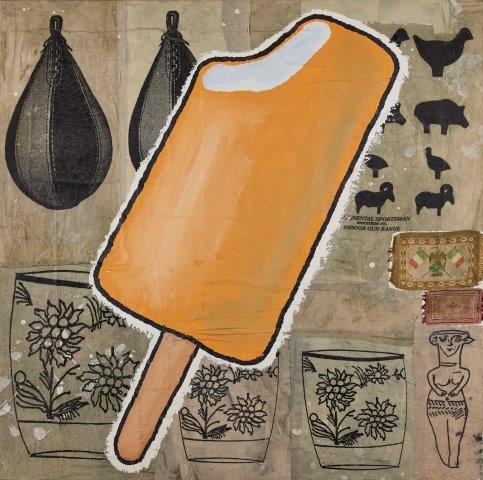 Elsewhere, four phone lines and action online pushed Creamsicle, a Pop Art-style acrylic and fabric canvas from 1999 by Donald Baechler (b.1956), to £8,750. Naïve child-like depictions of iconic items such as flowers, birds and ice cream are iconic for the American artist, who was a key figure in the Neo-Expressionist and Pop Art movements during the 1980s. [Lot 182]