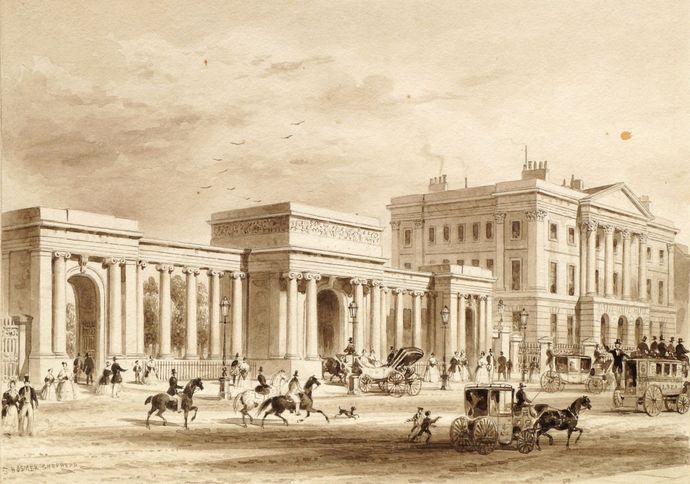 A selection of highlighted lots include:
1244 – Christopher Richard Wynne Nevinson ARA, British 1889-1946- “The Four Seasons; Winter”, c.1919; oil on canvas, 60.8×50.8cm
Provenance is with Piccadilly Gallery, London; Lord Hindlip; Christie’s, London, 17 November 1978, lot 47. It was exhibited in London, Maclean Gallery, “C W R Nevinson, The Great War and after”, February-March 1980, no.8 Venice, Palazzo Grassi, “Futurismo/Futurismi”, May-October 1985, catalogue not traced.
Nevinson, a student of Slade school of Art is heralded as one of the most famous war artists of WWI, his experiences of serving in France gave him the vivid fuel for his work, whilst incorporating the aesthetics of Futurism.
After the war Nevinson spent time in The USA, where his work became increasingly realistic and while some felt lacked the power of his earlier works, is still cemented in art history as one of the most famous young artists of the time.
His turbulent ties with other artists and exaggerated claims of his war experiences made him enemies of both the USA and Britain, In 1920, the critic Charles Lewis Hind wrote of Nevinson that ‘It is something, at the age of thirty one, to be among the most discussed, most successful, most promising, most admired and most hated British artists.’
(LOT 1244)

Roseberys is a privately owned auction house operating at the heart of the fine art market for more than 25 years.
With offices in London’s Mayfair and Lambeth Roseberys offer a calendar of more than twelve specialist fine art, antiques and collectibles auctions each year.
Specialist sales include a wide range of Asian and Islamic Arts, Modern and Contemporary Art and Design, Decorative Art, Fine Silver and Jewellery, Ceramics, Paintings, Prints, Photography, Antique Textiles, Vintage Fashion and Fine Wine and Whisky.
Roseberys team of world-renowned specialists also provide a wide range of art market services to professional clients, including valuations for insurance and probate.
Roseberys is a member of SOFAA – The Society of Fine Art Auctioneers.