Old Master, 18th & 19th Century Art continues to be a popular auction at Roseberys as collectors desire the quality and rarity that these works have to offer. This year the department saw an increase of 29% in sales compared to last year. Highlights from the year of 2020 included works across a wide range of mediums from paintings in oils, watercolour, works on paper including drawings, etchings & engravings. The artworks came from a multitude of schools and genres; classicism, historical, romantic, Orientalist, Victorian, Pre-Raphaelite, Nazarene; portraiture, floral still life, landscape, topographical, marine, amongst others. The quality of the items on offer at Roseberys, including their subjects and condition continue to be a large factor in the importance of these works and of course the artists who made them, contributing to the increasing popularity.

1.René Charles Pierre Princeteau, French 1843-1919- Early morning, bringing out hounds with huntsmen in attendance; oil on canvas sold for £30,000 in the Old Master, 18th & 19th Century Pictures in the 4 June 2020 auction at Roseberys 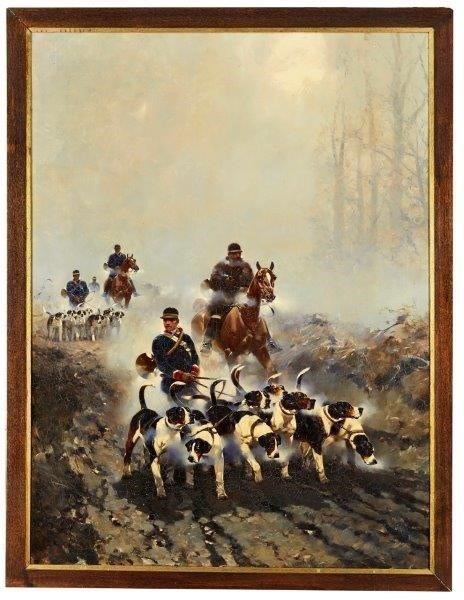 A collection of star lots within the Old Master June auction came toward the end of the sale, with multiple bidders competing from Belgium, France, and the US to compete for works by the French artist René Charles Pierre Princeteau, 1843-1919. All the works on offer by Princeteau came from a private collection. A master in the depiction of equestrian subject matter, René Princeteau is considered to be one of the most highly sought-after academic French artists of the late 19th century. Lot 364, Early morning, bringing out hounds with huntsmen in attendance; oil on canvas, was the hotly contested work that soared up to £30,000. The work is considered to be a fine example of the artist’s carefully conceived hunting scenes. This painting will be included in the forthcoming catalogue raisonné on René Princeteau compiled by Louis Cuvreau and Hubert de Watrigant. In total the collection of seven works by Princeteau sold for, £90,125. 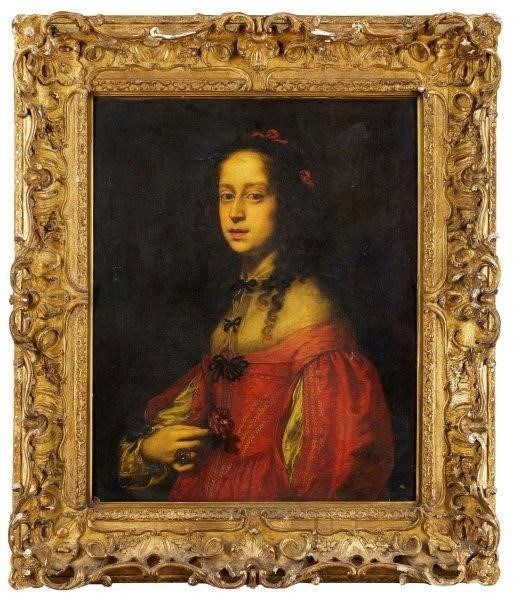 Estimated to sell for £6,000 - £8,000, lot 72 was fiercely bid up to a successful sale price of £30,000 also within the June Old Master auction, making it the second highest selling lot of the year. The Portrait of a lady, wearing a red Italo-Hispanic dress, holding a rose is circle of Italian artist Pierfrancesco Cittadini, 1616–1681. Born in Milan, Cittadini initially became a pupil of Daniele Crespi before heading to Bologna in the 1630s to establish himself as an artist in the workshop of Guido Reni, later rivalling his former master for altarpiece commissions within the city.  The Portrait of a lady is typical of the artists style. Known for his attention to detail in the portraits of female sitters, the present oil on canvas characteristically displays the attention to the elaborate costume of the sitter and the rose she holds in her hand. 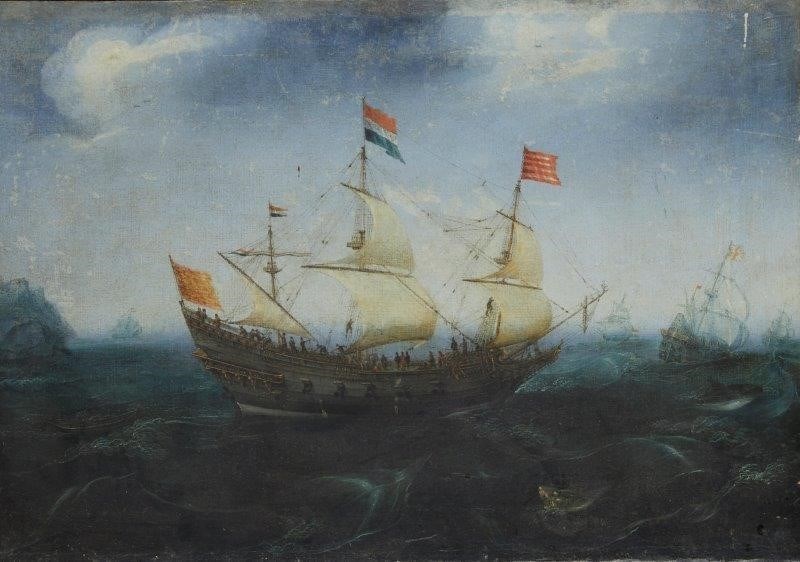 Another work that sailed high above its estimate in the June auction to £23,750 was lot 75. The oil on canvas depicting choppy waters with a whale and a sea-monster, is circle of Dutch artist Hendrick Cornelisz Vroom, 1562-1640. Hendrik Cornelisz Vroom was a Dutch Golden Age painter credited with being the founder of Dutch marine art or seascape painting. His work can be seen in the Rijksmuseum, Frans Hals Museum and Westfriesmuseum. 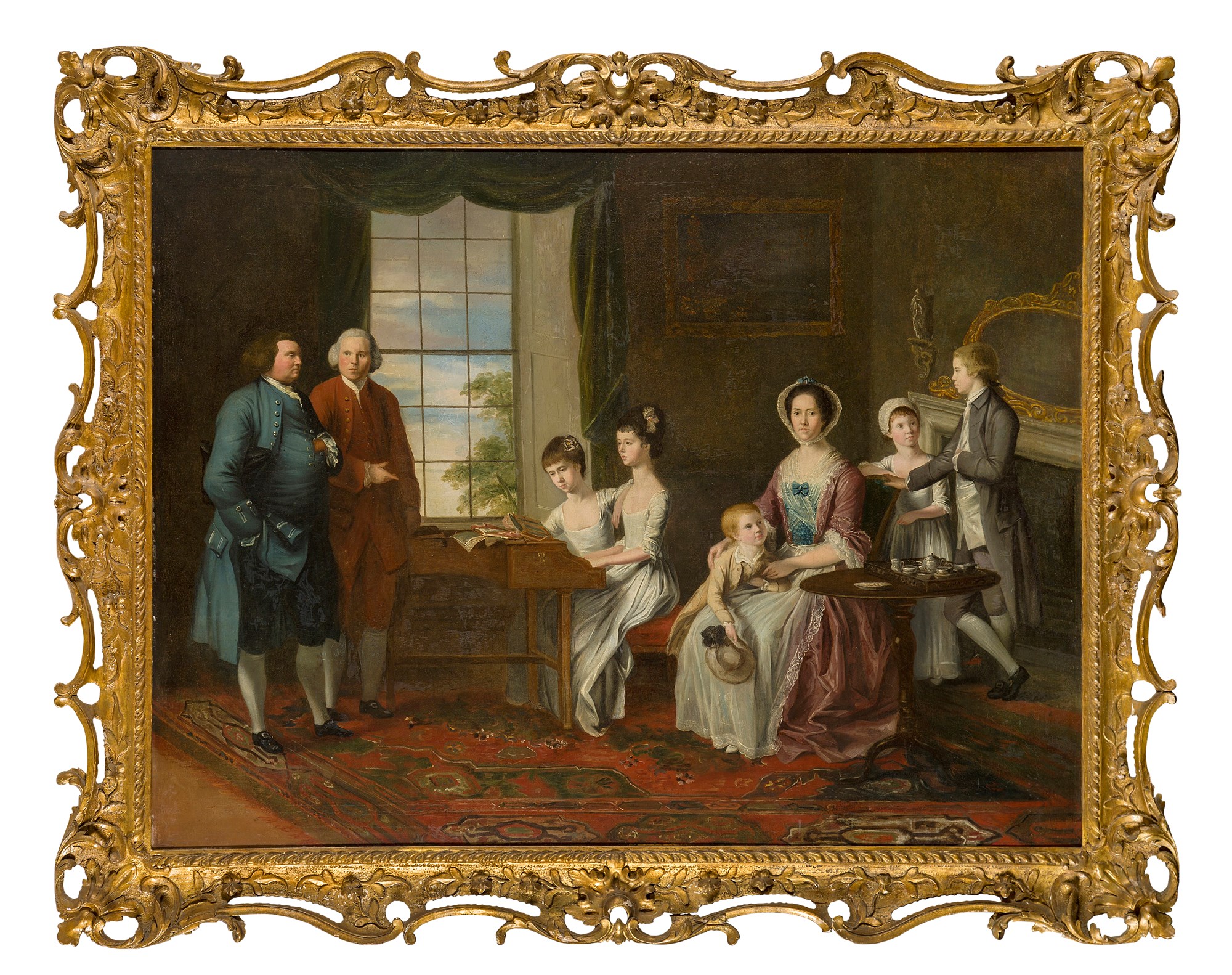 Numerous works from the esteemed private collection of Victor Aubrey Lownes II, the former executive of Playboy Enterprises, sold well throughout the auction on the 24 November, achieving outstanding results. Leading the highlights of the sale from his collection was lot 51, portrait of Sir John and Lady Hopkins with their children, and Doctor Boutflower; thought to be by a highly-skilled English artist completed around 1760-1780. The subject Sir John Hopkins (d.1796) was married to Anne Simkins and together they had five children; William, Charles, Mary Ann, Amelia and Elizabeth (1755-1830). Nathaniel Boutflower was a successful doctor in London who married Ann, Sir John’s sister. Sir John was a wholesale greengrocer who imported spices from the Far East. In 1791, he was elected Lord Mayor of London. The oil on canvas, that was estimated to make £8,000 - £12,000 rose to the sum of £21,250. 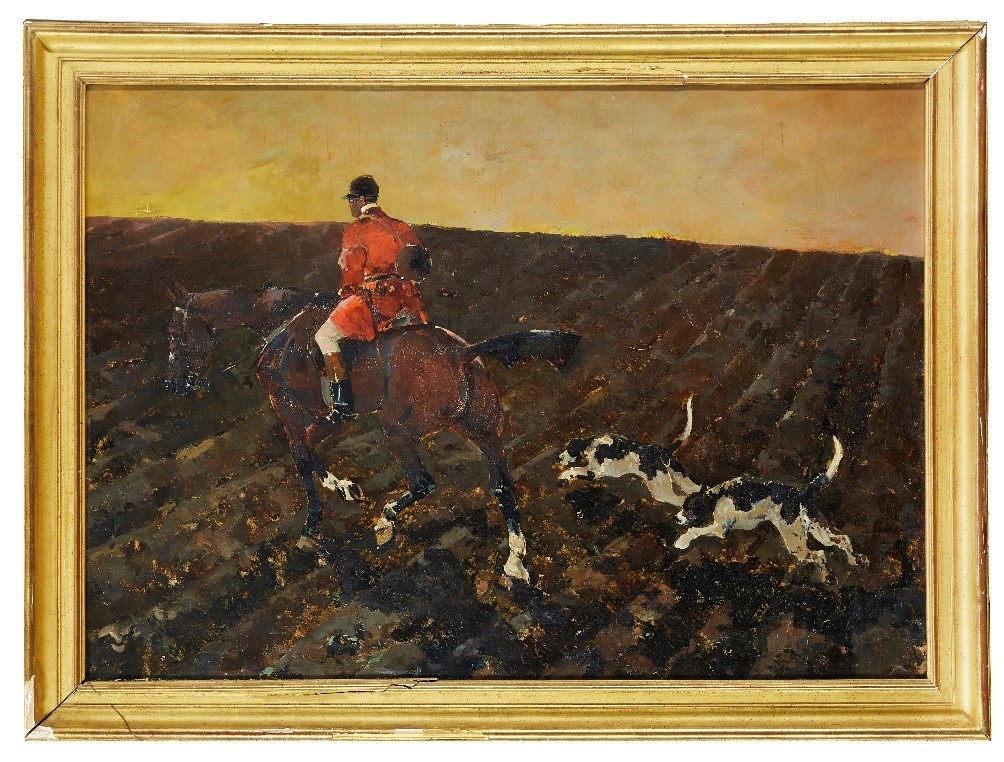 Other sale highlights coming from the private collection of Princeteau’s works, were lot 358, Veneur pendant un débuché, that sold for £13,750. It also came from the private collection of M. Montouroy, in Paris. René Princeteau (1843-1919), tutor of the famous French painter and poster artist Henri de Toulouse-Lautrec, was a master in the depiction of equestrian subject matter. Born deaf and mute into a wealthy noble family in Libourne, he is considered one of the most highly sought-after academic French artists of the late 19th century. Princeteau was well known for his depictions of horseracing, equestrian portraits, military scenes and hunting scenes, with some of his earlier works inspired by Alfred de Dreux and George Stubbs. Such themes were highly popular among the upper classes and his unique approach to equestrian subjects meant he was never short of work. From 1883 onwards, Princeteau based himself in the Château de Pontus near Fronsac in Bordeaux which marked the beginning of his larger compositions celebrating countryside life. The loose, expressive brushstrokes on these canvases – as seen in the group offered at Roseberys - were still able to accurately depict the horse in motion. It was this combination of realistic style and traditional subject matter with the colours and tones of the Impressionists that make these works so successful.

If you would like to consign into the next Old Master, 18th & 19th Century Pictures auction, you can request a complimentary valuation by filling in this simple form