LONDON: An ancient turquoise hippopotamus figurine, one of the most evocative and enduring images found in Egyptian art, will be offered for sale at Roseberys London. The diminutive antiquity, measuring just over 5 inches long, is around 3600 years old and is one of the star lots in a 530-lot sale of Islamic & Indian Arts on October 22. Modelled with bulging hooded eyes and small pricked ears, it shares similarities with other figurines found in several international museums including ‘William’, the famous faience hippo in the collection of the Metropolitan Museum of Art who serves as the museum’s informal mascot. On offer with a £15,000-20,000 estimate, the rare piece was first recorded in The Adda Family Collection formed in the 1920s and ‘30s. It passed by descent and now forms part of a consignment of nearly 100 lots majoring on ancient and Islamic gold jewellery and Roman and Islamic glass from the Property of a Lady. Hippopotami were viewed by the ancient Egyptians as both threatening and protective due to their associations with hunting and fertility. These small brightly coloured creatures, crafted from blue faience in varying sizes and decorated with images of the plants and animals found in the animal’s marshy habitat, were produced for a relatively short period of time in the Middle Kingdom and Second Intermediate Period. (Lot 51) 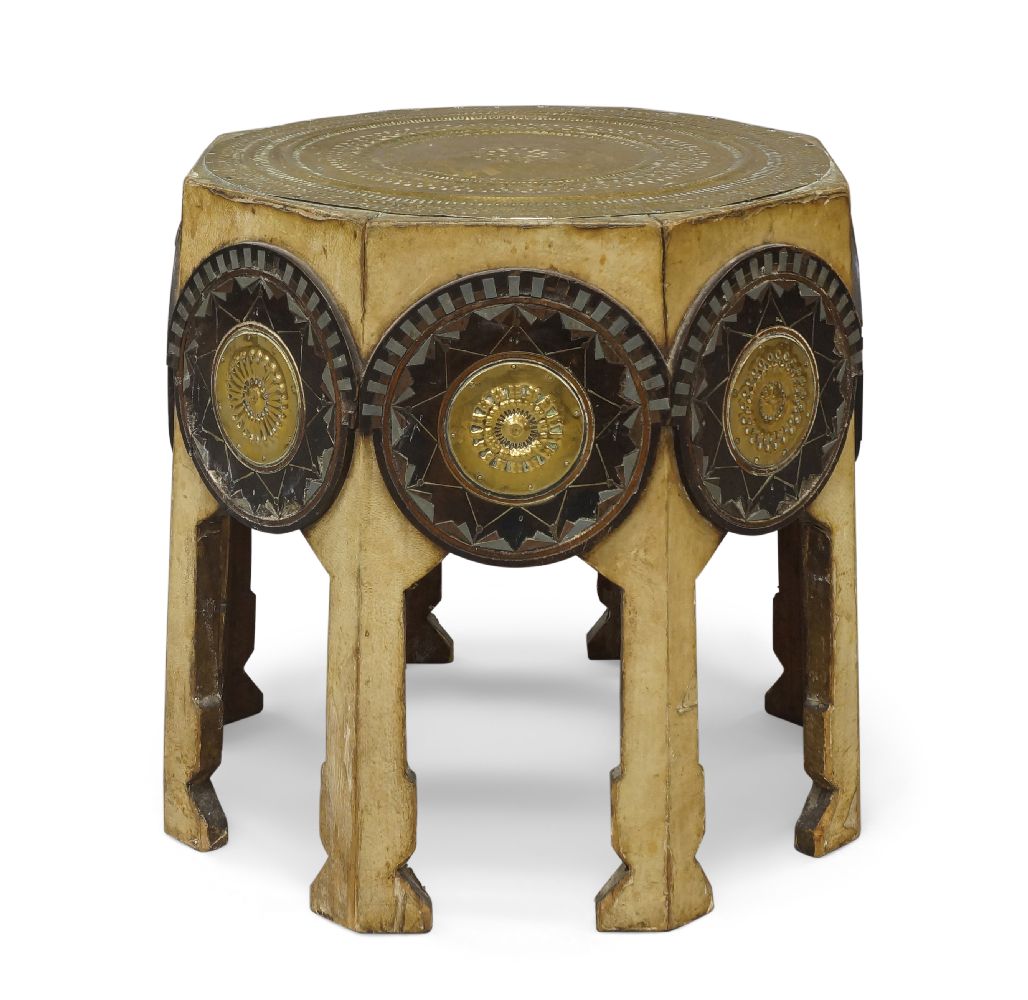 From the same collection is a smaller white glazed painted limestone hippopotamus, dating to the Middle Kingdom and painted in black with birds and a lotus flower on its back, estimated at £8,000-10,000 (Lot 59), and a New Kingdom turquoise glazed composition cosmetic jar decorated on both sides with a pair of stylised Egyptian eyes at £600-800. (Lot 46) 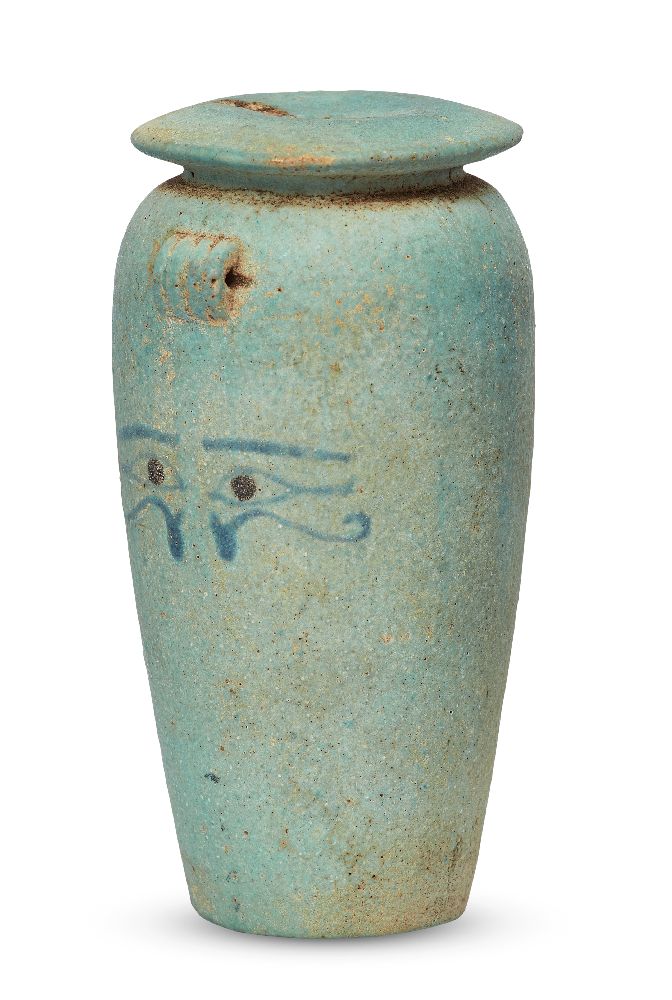 Elsewhere in the antiquities section is a late Roman or Byzantine two-handled footed cup dating to c.6th-7th century AD, which carries hopes of £10,000-15,000. Made from brownish-purple glass and with a band of pincered decoration, the piece comes from a private English collection and was originally acquired in 1980 on the French art market. (Lot 112)

As well as antiquities, the auction contains pieces from the Islamic and Indian worlds including glass, metalwork, pottery, textiles, manuscripts and works on paper, paintings and Indian miniatures.This rare carved rock crystal chess piece from the 9th-11th century is estimated at £6,000-8,000. Carved with a deep bevel-cut foliate design, it was acquired by the present owner in 1989 from a shop in Leeds where it was sold as a cut glass paperweight. The piece shares similarities with another in the collections at the Victoria and Albert Museum in London and the rock crystal chess pieces found in the famed medieval Ager chess set, one of the oldest extant in Europe. The game of chess, which can be traced back to the 2nd or 3rd century, spread from the Indian subcontinent through Persia to centres such as Baghdad and Cairo. (Lot 134)

A group of four Sikh works of art is led by an important and rare enamelled and diamond-set Order of Merit of Maharaja Ranjit Singh (r. 1801-1839), the first Maharaja of the Indian state of Punjab who had a great curiosity of European medals and decorations. The c.1830s star pendant set with diamonds is similar to an Order of Merit in the Sheesh Mahal Museum and Medal Gallery in India and an emerald-set example is in the V&A. It is estimated at £5,000-7,000. (Lot 454) 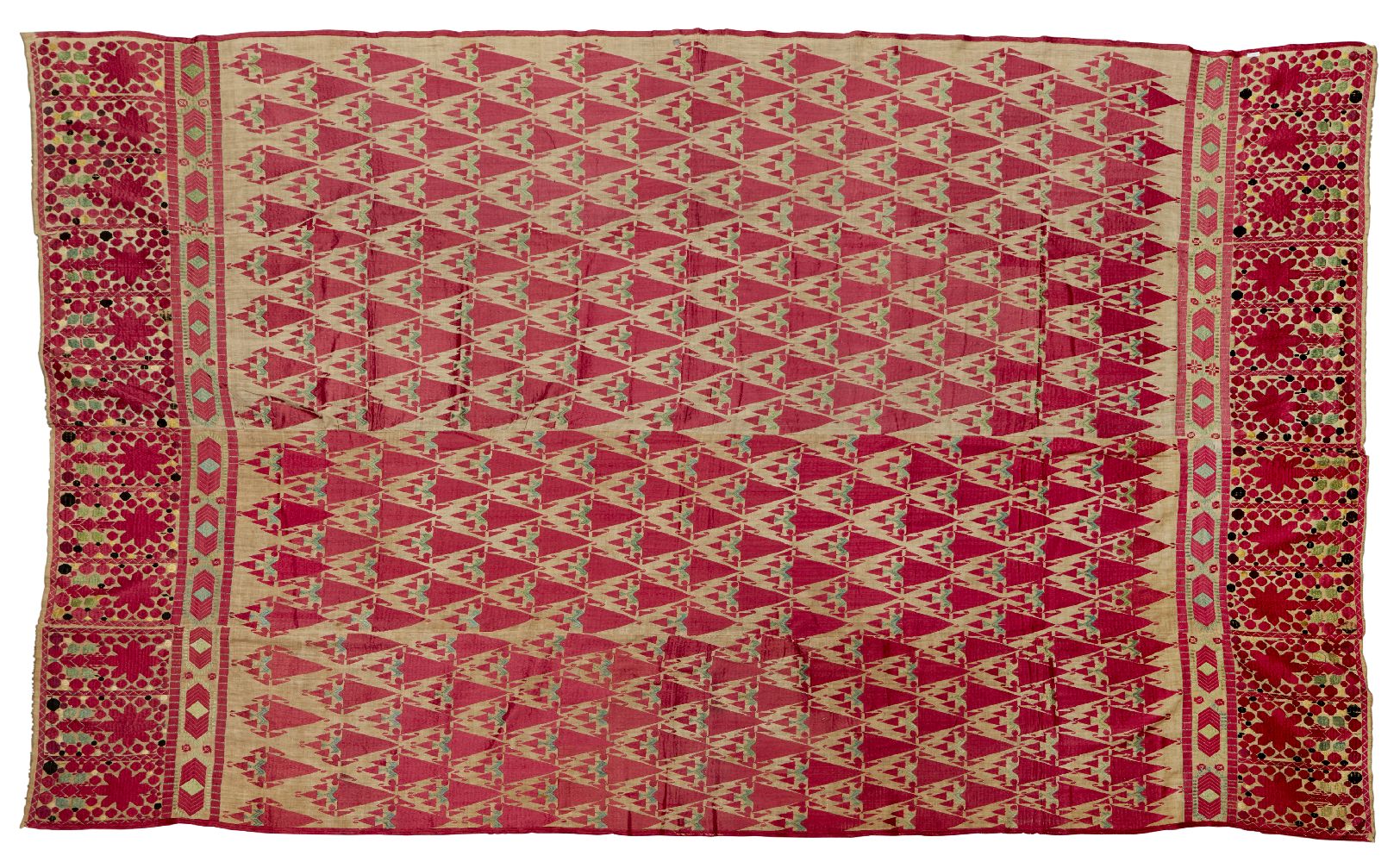 One of the sale’s leading lots is an important Timurid grey schist cenotaph with a Kufic inscription from central Asia. Dating to the 14th-15th century, the black granite piece is carved with cartouches containing calligraphic inscriptions and designs of entwining palmettes and arabesques. The form and carved decorative details are characteristic of a style developed in Herat under Timurid patronage in the second half of the 15th century and is similar in style to that on the mausoleum of Timur in Gur-i Amir in Samarqand. It was originally acquired in Belgium in 1969 and is valued at £25,000-35,000. (Lot 180)

Among the jewellery is an attractive group of five gold earrings in the form of small lions originating from 12th century Iran. With circular applied decoration and stone-set eyes to two earrings, they come with hopes of £5,000-7,000. (Lot 148) 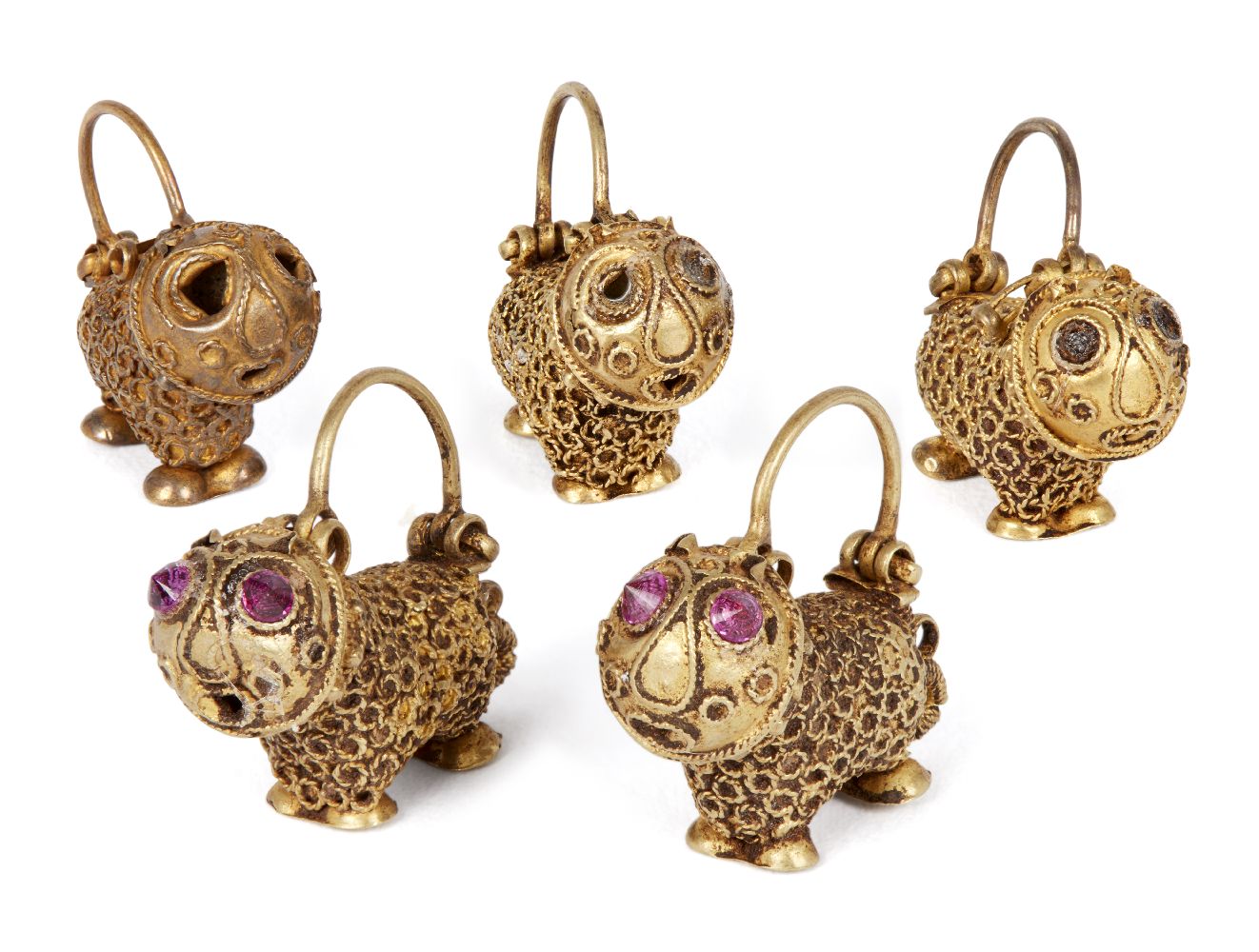 From southern Spain is a 15th century Nasrid enamelled gold belt buckle estimated at £2,000-3,000. The handsome piece is worked with granulation and kufic letters and comes from the Property of a Lady. (Lot 192)

Originating from Syria is this unusually shaped Islamic enamelled two-handled flask with a tulip-shaped mouth, dating to the 13th century. Such pieces were used as perfume sprinklers and more unusually as pilgrim flasks to store water or oil. This example, estimated at £15,000-18,000, has traces of gilt and is decorated with enamelled red arabesques and floral elements. (Lot 185)

Priced at £2,000-3,000 is a Safavid portrait of a bearded prince in pencil and opaque pigments on paper, heralding from 17th century Iran. The prince is shown among sprays of blue flowers, wearing a three-quarters length coat, holding a stick and with a katar tucked into the sash at his waist. (Lot 199)

This ornate gouache on paper, heightened with gilt, depicts an Avadh lady with her attendant holding a hookah on a palace terrace with the sun setting behind. Originating from Murshidabad in c.1760-70 it is being offered with a guide price of £3,000-5,000 (Lot 347).

Born in 1963 in Tehran to a working-class Azerbaijani family who were fruit-sellers, Hassanzadeh gained international recognition with his work War (1998), a grim and trenchant diary of his own experiences as a volunteer soldier during the Iran-Iraq war (1980–1988). Unlike many of his contemporaries, Hassanzadeh has chosen to continue to live and work as an artist in Iran. Time magazine has described him as one of the country's "hottest" artists. (Lot 505).