This year the Modern & Contemporary department has seen an uptick of 60% in profits, from last year’s results. Modern British art continues to be a growing sector within the art market and one that provides exciting opportunities for the new and seasoned collector alike. The three auctions that take place annually at Roseberys trace the history of Britain from 1900 to the present day, from the Edwardian era through two world wars and into the post-war and post-modern world. They feature a wide selection of paintings, sculpture, and works on paper by British artists. Bidders were especially out in force for Roseberys first Modern and Contemporary British art sale of the year, spending over £530,000 and absorbing 85% of the lots on offer. Containing an abundance of high-quality art, many by renowned British artists, the February 11 auction generated spirited bidding throughout with a number of lots exceeding expectations, in particular the two works of art by Richard Smith that have come first and second on our list of highlight sales for 2020. 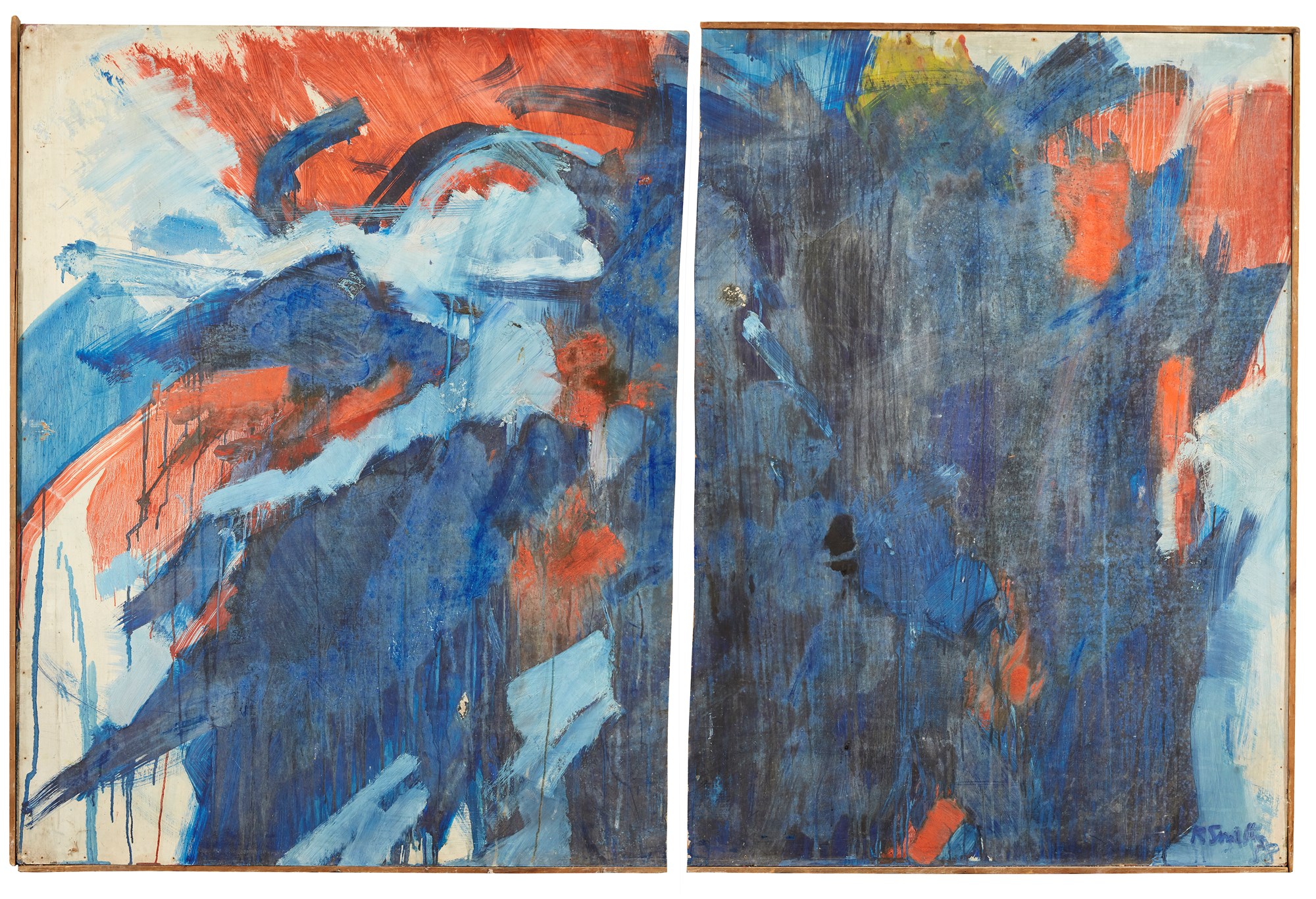 Work by Richard Smith is the highlight sale of the year for the Modern & Contemporary British Art department, making an outstanding price of £102,500. The result far exceeded its top estimate of £6,000. Signed and dated to 1958, Noplace is an important early work from Richard Smith’s (1931-2016) formative years as a young painter fresh out of the Royal College of Art. The canvas, presumed to have been cut by the artist at a later date, belonged to the London-based architect Margaret Dent and came to Roseberys via her descendants. It was first shown (in one piece) at the Arts Council of Great Britain exhibition Abstract Impressionism in 1958 and was organised to bring together artists from England, France and the United States whose work represented both abstraction and a painterly interest in colour, touch, light and space. The following year, Smith received the Harkness Fellowship to travel to New York where he began to explore elements of both Abstract Expressionism and Pop art in his own work.

2. Richard Smith CBE, British 1931-2016-Red abstract composition; oil on board in two parts sold for £30,000 in the Modern & Contemporary British Art auction at Roseberys on the 11 February 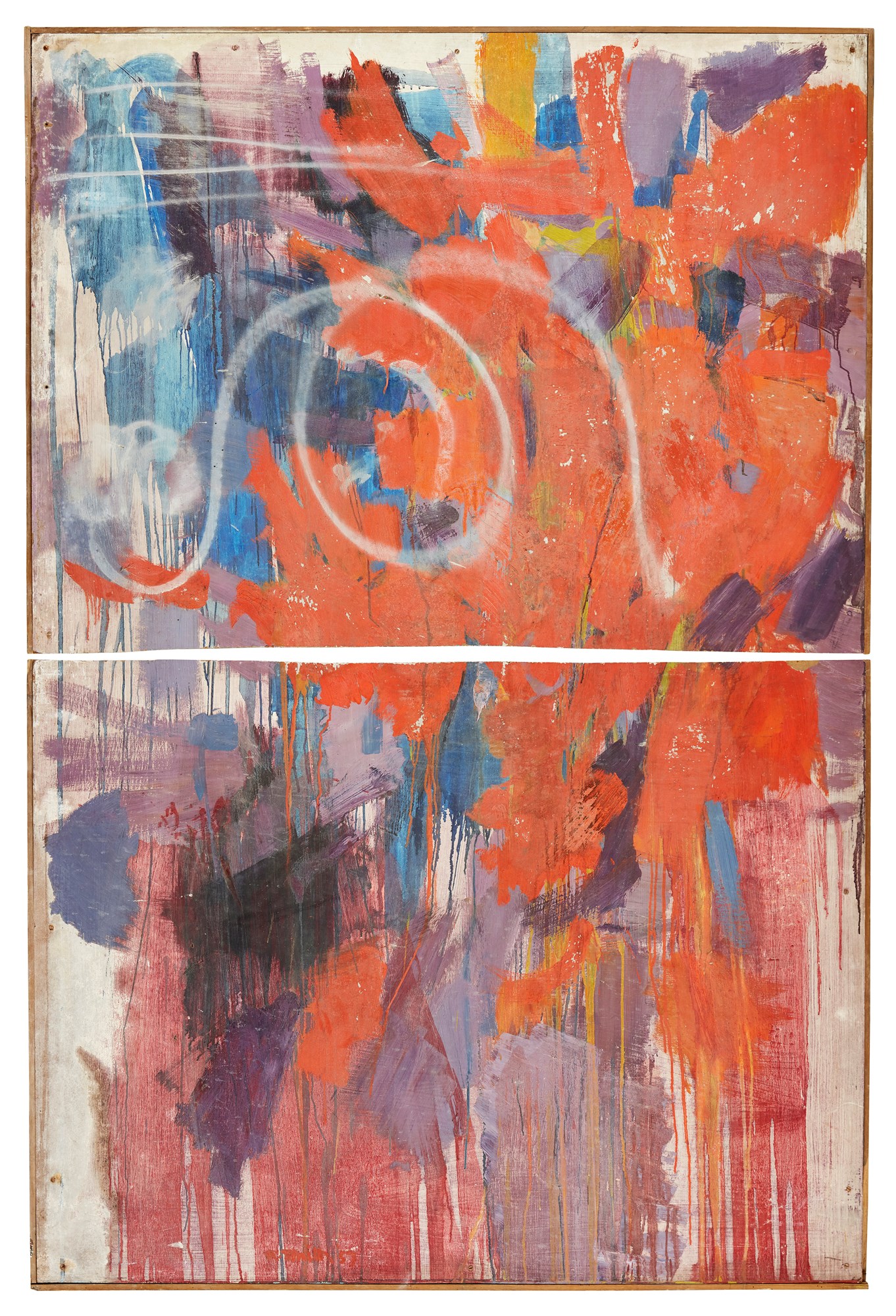 Coming second in the top five lots of the year is another work by Richard Smith, CBE which sold within the same auction as the featured top lot above.  This lot, an oil on board Red abstract composition; also came cut into two pieces, presumably by the artist. This lot exceeded its top estimate by an impressive £24,000. 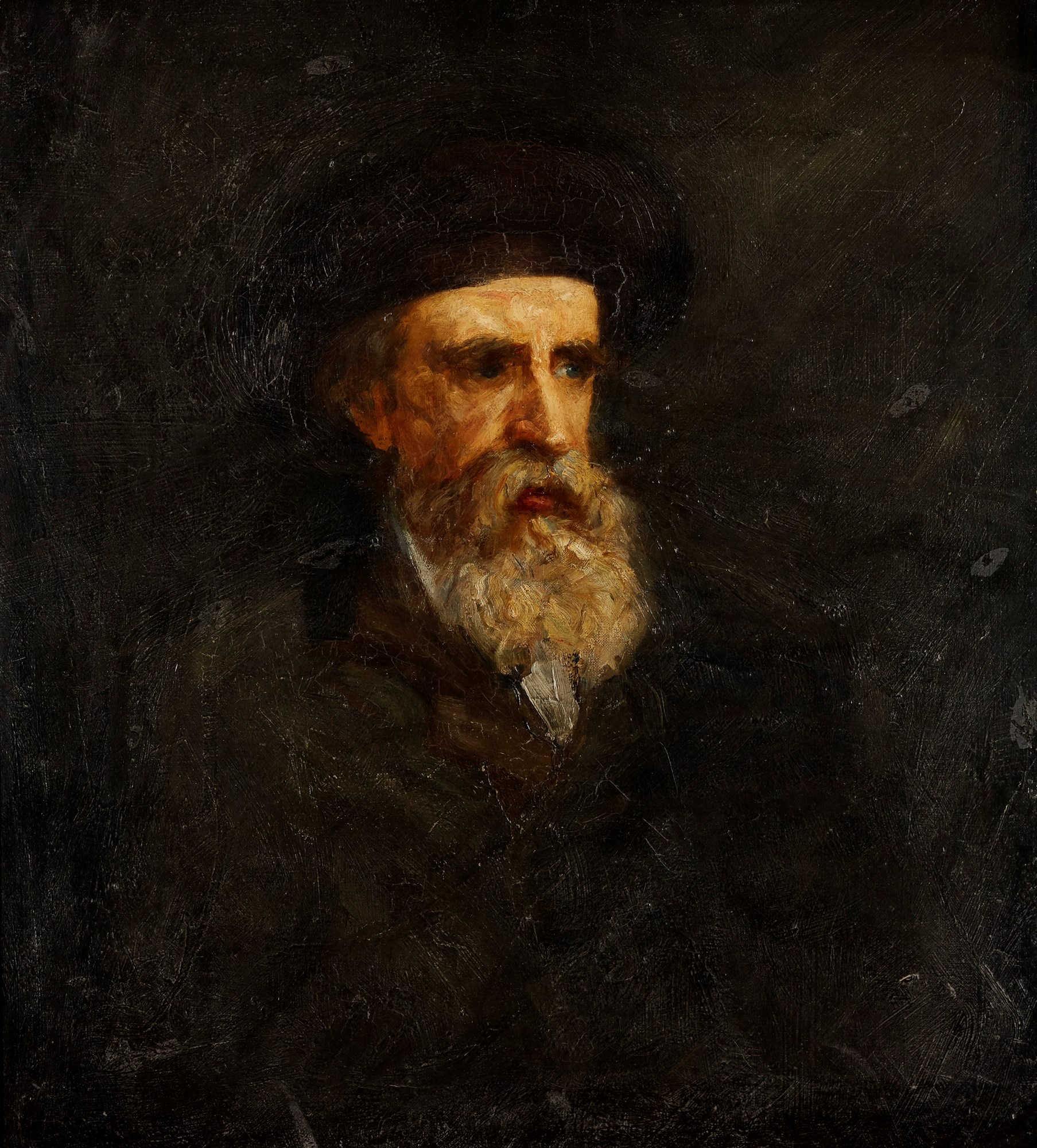 A portrait by Vanessa Bell (1879-1961) of her father Sir Leslie Stephen, believed to be the earliest known portrait by the Bloomsbury Group painter, sold for £20,000 on the auction on 11 February. The sitter Stephen, was also the father of Virginia Woolf, was an eminent man of letters and an editor of the Dictionary of National Biography. The portrait is similar to another (on loan to the National Portrait Gallery) painted by the great Victorian painter George Frederic Watts who was both a family friend and a significant influence on Bell’s early work. 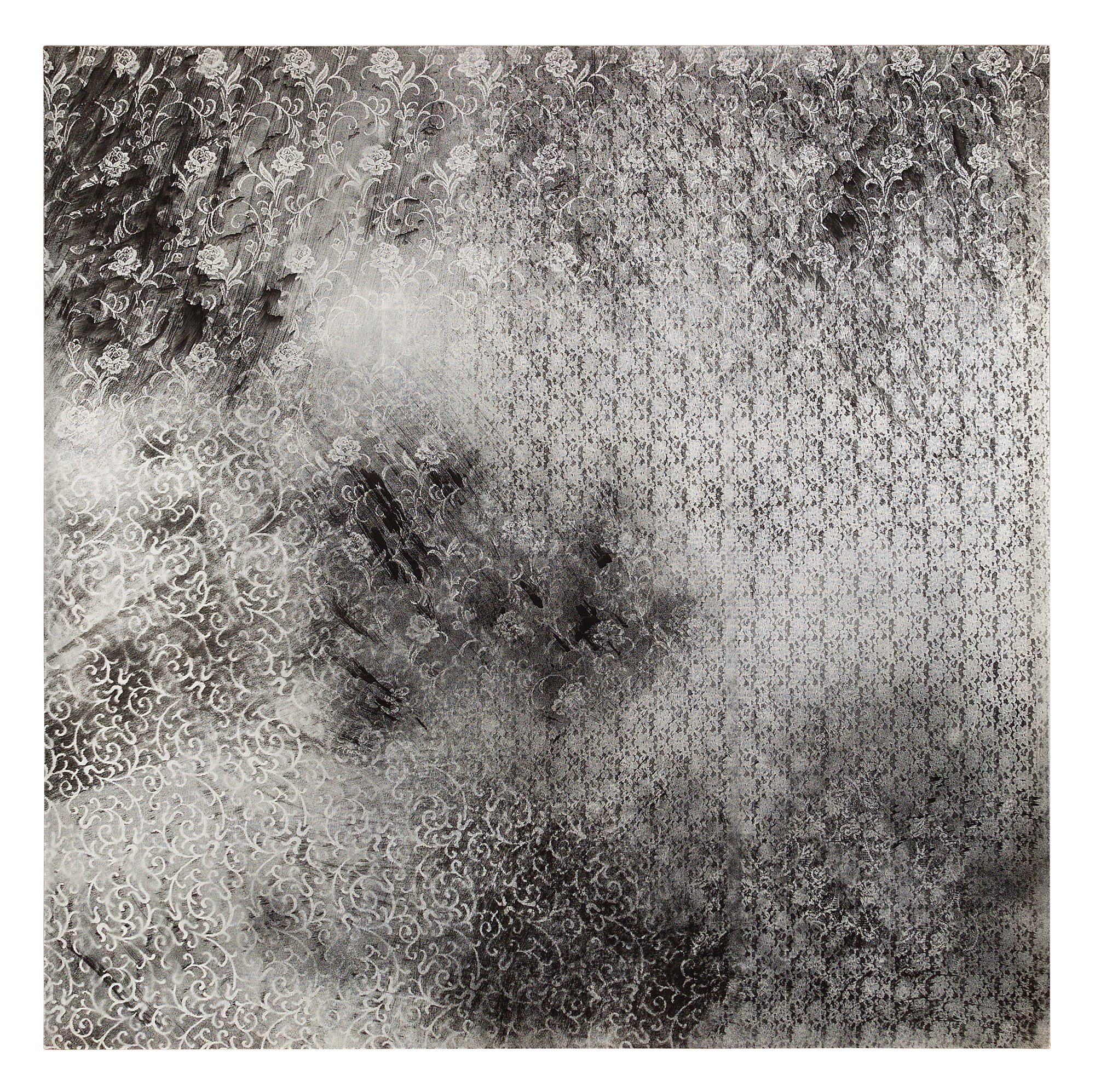 Rachel Howard is considered to be one of the most influential British Contemporary artists of the 21st Century, producing emotionally charged abstract compositions that explore the way in which paint can be applied to the canvas to imbue reaction from a viewer. Graduating from Goldsmith’s College, London in 1991, Howard would go on to receive The Prince’s Trust Award in 1992, shortlisted in 2004 for the Jerwood Drawing Prize, and eventually gain a British Council Award in 2008. Early on in her artistic career, Howard would use household gloss paint, often mixed with oil and acrylic, to create unique compositions through the mixture of mediums. Now using predominantly oil paint, Howard applies turps and varnish to the surface to then ‘unpick’ and destruct these layers - as seen in the works of art sold at Roseberys.  Out of the two works that were on offer within the auction on November the 4th, the oil on canvas titled Interior (Square) 2013; made the highest value, selling for £17,500, therefore making it the fourth most expensive painting to be sold within the Modern & Contemporary British Art department this year. 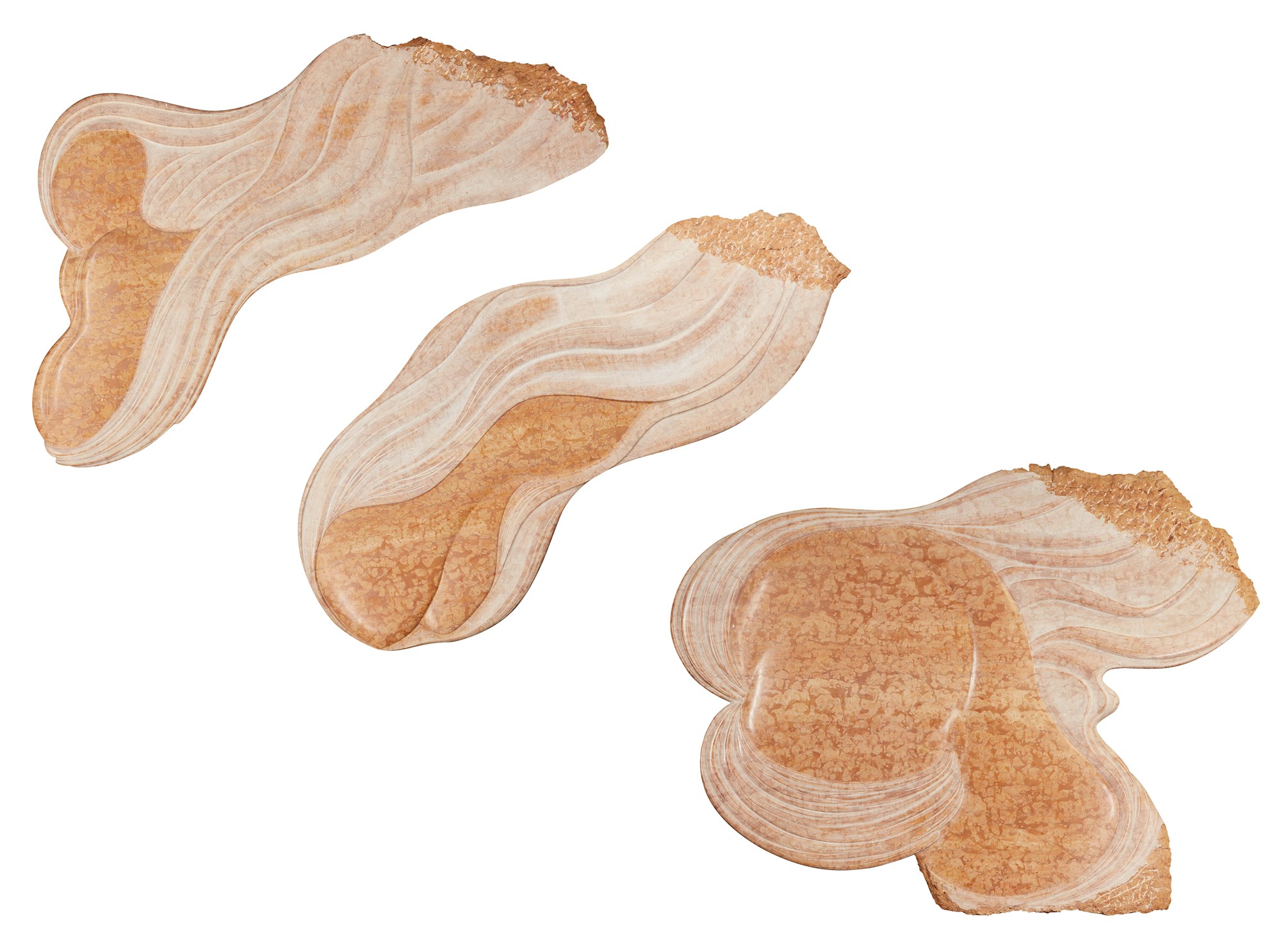 Lot 172, by artist Stephen Cox RA, proved to be the highlight of the Modern & Contemporary British Art auction on the 11 August. The work on offer titled ‘Ecstasy’, made from red verona marble is a very significant work to have come onto the market by this artist. It comes from a private collection and was previously on display at the Tate, so comes with great exhibition history. The result signals a new auction record for the artist. Roseberys has had previous outstanding results for the artist in past Modern & Contemporary British Art auctions. Estimated to sell for £3,000 - £5,000, the bidding was between a phone and internet bidder, finally selling to a UK bidder for £15,000.

To find out more about the Modern & Contemporary British Art department click here.

If you would like to consign into the next Modern & Contemporary British Art, you can request a complimentary valuation by filling in this simple form