This year the Modern & Contemporary Prints & Multiples overall results increased after each auction. Highlights came from European Masters such as Picasso to Japanese Contemporary artists including Takashima Murakami and Yoshitomo Nara. The highlights from Modern British artists, ranged in styles and mediums from renowned 20th Century Painter Lowry to the founder of the Contemporary YBAs, Damien Hirst. The Head of the department, Shane Xu commented ‘A lot of the works were sold without being asked for a condition report or general queries, which indicates that our clients have a lot of confidence with us in terms of the quality and the pricing of the works we offer.’

The highest value lot of the auction was sold within the middle of the sale. Estimated to sell for £8,000 - £12,000, (lot 295) Frank Auerbach’s, complete set of six etchings on Arches wove titled, Six Etchings of Heads, sold for £18,750. Title's and subjects within the etchings comprise of fellow famous artists and friends including Joe Tilson, R.B. Kitaj, Leon Kossoff, Lucian Freud and Gerda Boehm, who are regular sitters for Auerbach. 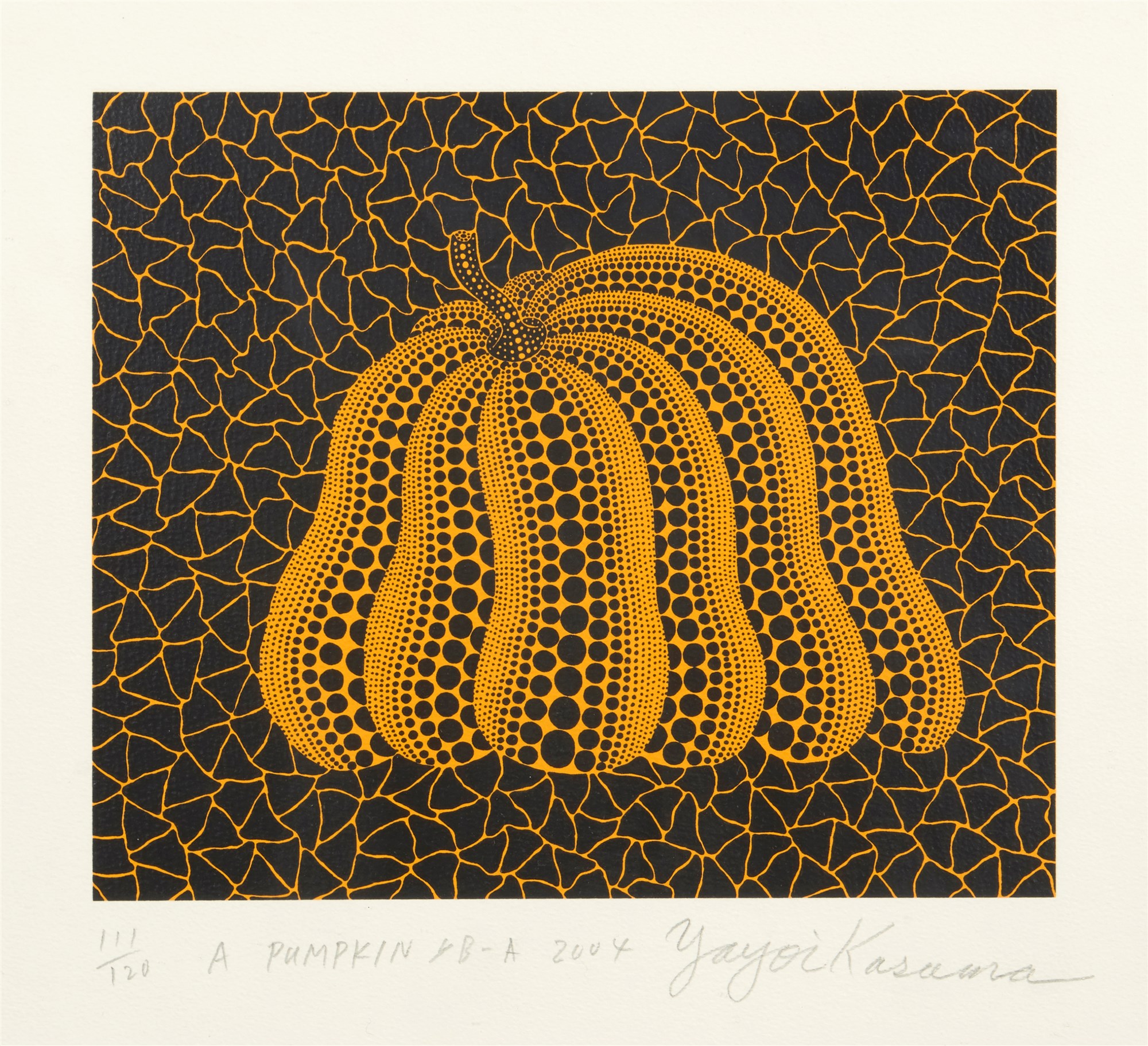 Yayoi Kusama has consolidated a name for herself for her genius and innovative work. To date she is one of the most highly sought-after artists of her generation. At Roseberys we offer a wide-array of prints and multiples by the artist, who has carved out a signature approach to her craft, characterized by polka dots, bold colour palettes, and organic forms. Her aesthetic is perhaps best typified by her pumpkin art, a collection of works celebrating the subject's “generous unpretentiousness.” The screen-print pumpkin sold at Roseberys auction in collaboration with Artsy, showcases her work wonderfully that explores a distinctive space between abstraction and figuration, demonstrating profound links to the repetitive symbolism of Pop Art, the hypnotic illusions of Op Art and the formal project of Minimalism.

Estimated to sell for £6,000 - £10,000, (lot 180) the Portrait of Jacqueline by Pablo Picasso sold for £15,000. The offset lithograph in colours on wove made in 1956 depicts Picasso’s muse and second wife Jacqueline. Their marriage lasted 11 years until his death, during which time he created over 400 portraits of her, more than any of Picasso's other loves. The original of this print can be found in the National Gallery of Victoria , Melbourne, Australia.

4. Susan Hiller, American/British 1940-2019- The Storm (Addenda 3 to "Dedicated to the Unknown Artists"), 1978; eighteen vintage postcards mounted on seven boards sold for £12,500 in the Modern & Contemporary Prints & Multiples auction on the 7th July 2020 at Roseberys

Work by British/American artist Susan Hiller was estimated to sell for £6,000 – 8,000, eventually realising the price of £12,500. The work titled The Storm (Addenda 3 to "Dedicated to the Unknown Artists") was created in 1978. The collection involves three original sea charts, typed and typeset and eighteen vintage postcards mounted on seven boards. Beginning her artistic practice in the early 1970s, Hiller was influenced by the visual language of Minimalism and Conceptual art[ and later cited Minimalism, Fluxus, Surrealism and her study of anthropology as major influences on her work. Her art practice included installation, video, photography, performance and writing. 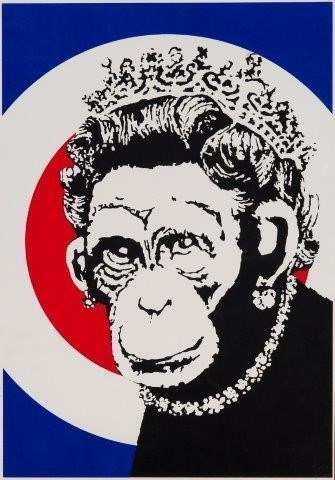 Banksy's Monkey Queen is a controversial early urban art screen print that was created in 2003. It was first publicly displayed as a wall painting at a youth club called The Chill Out Zone on Broad Street in Newent, which made headlines when the government asked for the club remove the picture during the Golden Jubilee of Queen Elizabeth, due to complaints that the painting was disrespectful to the monarchy and to the national flag. This raised issues regarding the right to freedom of speech and freedom of expression. Monkey Queen superimposes the black and white stencilled face of a monkey onto Queen Elizabeth II’s iconic bust image. Banksy’s satirical image suggests that the British government is led by people who are less than fit to make decisions on behalf of their countrymen.  “The highest position in British society is not a reward for talent or hard work, but is simply handed out with the accident of birth… God Save The Queen.” – Banksy. The controversial screen-print sold for £10,625 in the online sale that was conducted through the Artsy bidding platform in February, making it the fifth best result for the Modern & Contemporary Prints & Multiples art department.

If you would like to consign into the next Modern & Contemporary Prints & Multiples Art auction, you can request a complimentary valuation by filling in this simple form