Roseberys is to offer 110 lots of Modern & Contemporary Art to the market on Wednesday 8 June, in a live online-only auction.

The Modern British & 20th Century Art Associate Specialist Sophie Hetherton comments: ‘This Modern & Contemporary auction offers a select and unique cross-section of 20th /21st century art. From well-known post-impressionist names of the period such as Augustin Carrera, Eugene Antoine Durenne, and Alexandre-François Bonnardel, to emerging Contemporary names of more recent decades, including Nicholas Party, Nadia Ospina, Fabian Marcaccio and Ai Weiwei. We will also be offering a lovely selection of Post-War works by Jean Varda, Camille Bryen, Francis Bott and an early and rare painting by Stefan Knapp as well as a typical enamel on steel sculpture by the artist.’ 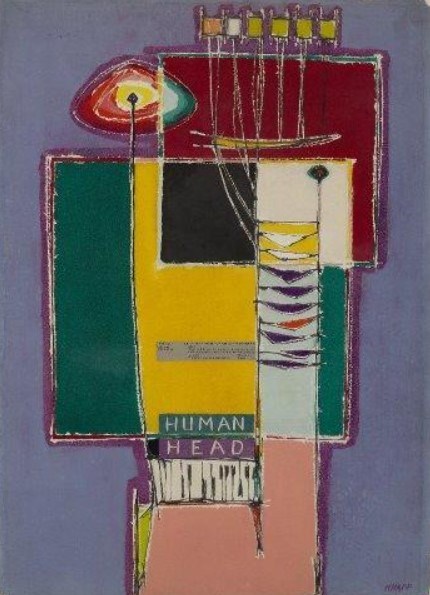 Leading the sale is two works by Polish/British artist Stefan Knapp 1921-1996, lots 61 and 62. Lot 61 on offer with an estimate of £1,000- £1,500 is titled ‘ Human Head’ painted in 1956 using acrylic on paper. The work which measures 75 x 54.5 cm comes with provenance from Whitford Fine Art, London. Following on from this is lot 62 titled ‘Pyramid’ made in enamel on steel measuring 194.5 cm high and 41 cm wide.  Knapp is famously known for his patented technique of enamel painting on steel. He was commissioned to decorate multiple public spaces, including murals for Heathrow Airport in the 1960s and a mural for the Warsaw metro entitled 'The Battle of Britain'. 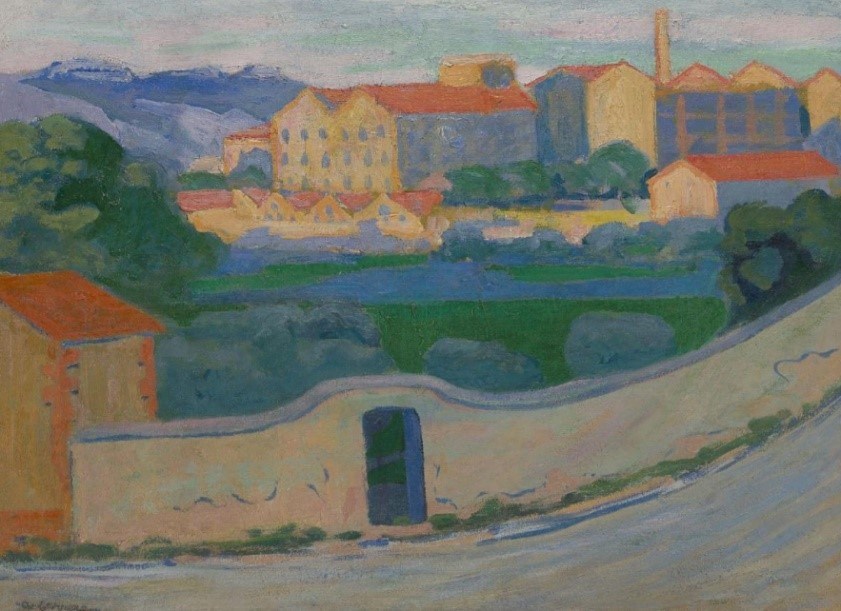 
Lot 1 is an oil on canvas by Spanish/French artist Augustin Carrera, 1878-1952. Given the pre-sale guided price of £1,500-£2,500 the work titled ‘Usine à Marseille’ measures 60 x 81 cm. Exploring a variety of subject matters including nudes, portraiture, still lifes and views of the south of France, Carrera was known for his bold and expressive technique as well as his use of vivid colours. His Fauvist style of work led to him being commissioned to decorate the foyer of the Opera de Marseille, he also exhibited at the Salon des Artistes, the Artistes Indépendants, and at the Tuileries (1927-1933). Carrera was a student of Léon Bonnat and Henri Martin at the École des Beaux-Arts in Paris. 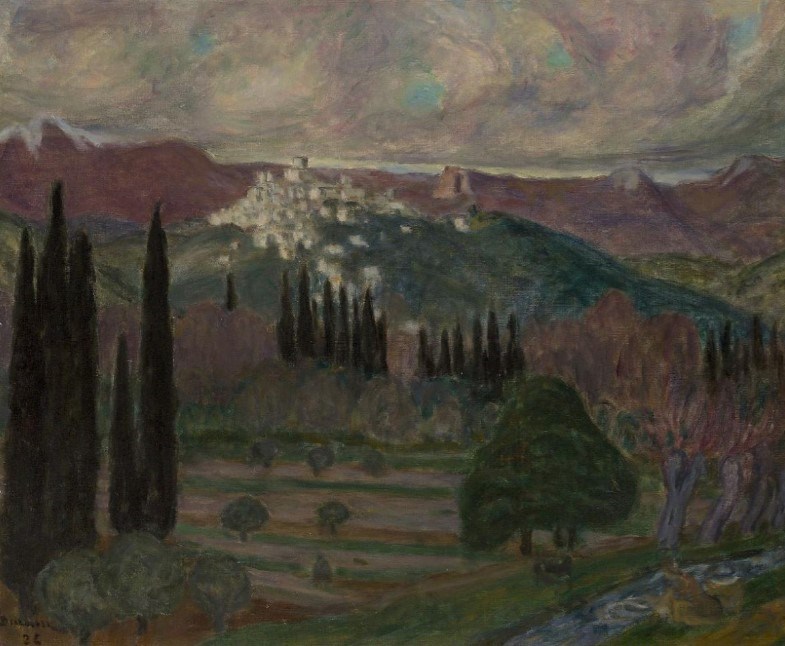 Lot 4 on offer is by French artist Alexandre-François Bonnardel, 1867-1942. Lady in her Boudoir recto, street scene verso; oil on canvas laid down on board. Primarily known for his genre scenes and portraiture, Bonnardel established himself as one of the leading Impressionist artists of the Lyon School of painters. He studied under Jean-Baptiste Poncet and Antoine Christian Zacharie, eventually exhibiting in the Salon des Beaux-Arts in Lyon for the first time in 1895. This double-sided artwork which measures 25.5 x 21 cm, has an estimate of £1,500-£2,500. 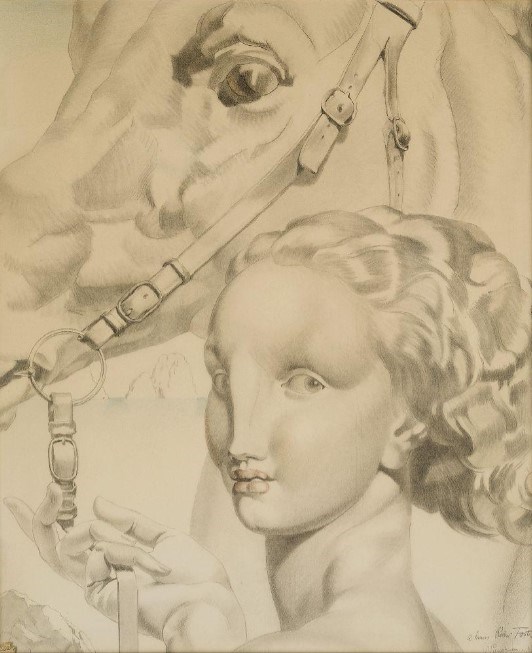 Lot 18 Jean Théodore Dupas, French 1882-1964- Portrait of a woman and horse; pencil and charcoal on paper

Coming with an estimate of £800- £1,200 is lot 18 by French artist Jean Théodore Dupas, 1882-1964. The portrait of a woman and horse; pencil and charcoal on paper, measures 54 x 44.5 cm. Dupas's work is closely associated with the Art Deco movement of the early 20th Century. His unique style sees an almost surrealist approach to the settings of compositions, with his figures having distorted and elongated features, seen here in the present work. 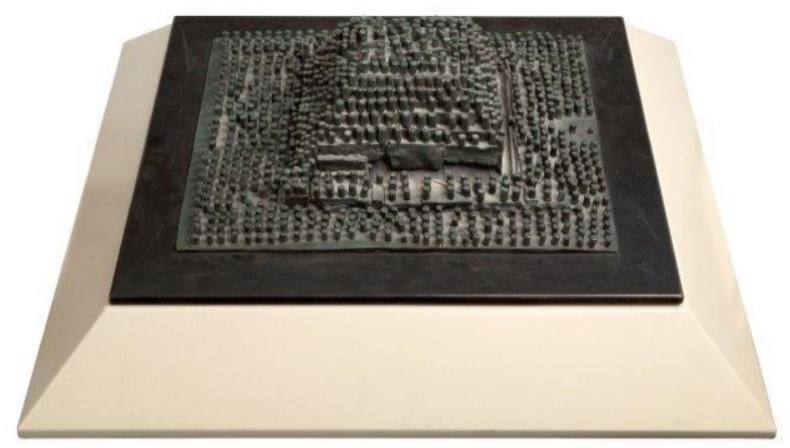 Lot 66 is a bronze mounted on square composite plinth by Romanian painter and sculptor Horia Damian, 1922-2012 titled ‘Pyramide’. This impressive bronze work has been given the estimate of £3,500-£3,800. 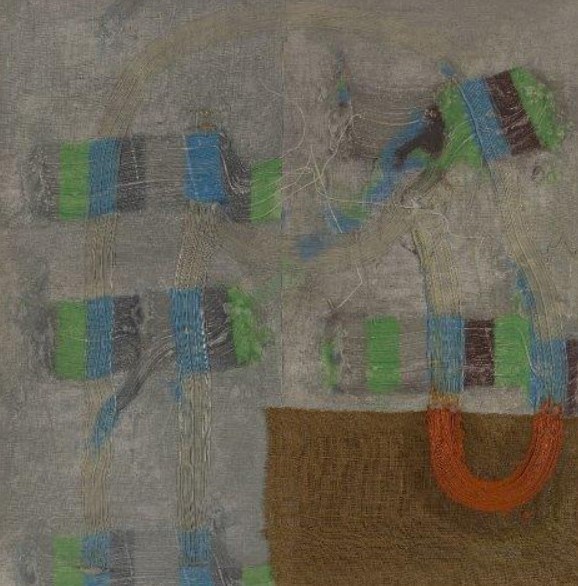 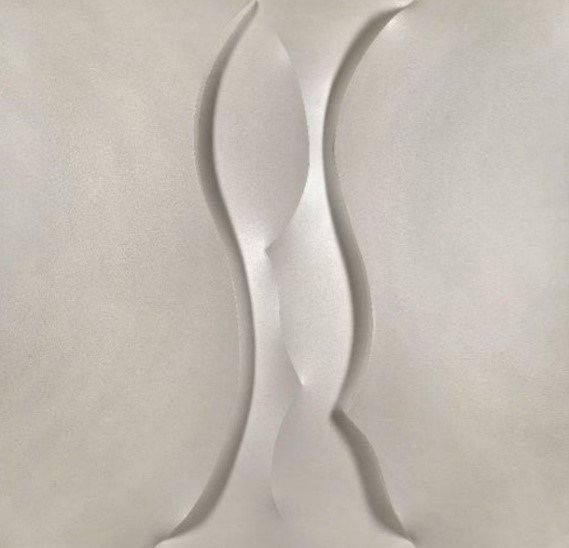 We will be unable to facilitate room bidding or telephone bidding for this particular auction, however, you can leave absentee bids and online bidding is encouraged of course.

There will be no in-person viewing for the auction. Please contact sophiehetherton@roseberys.co.uk for condition reports and further information.