ROSEBERYS LONDON : The highly anticipated Modern & Contemporary Prints & Multiples sale compromising of 414 lots in total that took place on Tuesday 6 October ended with outstanding results. Highlights came from European Masters such as Picasso to Japanese Contemporary artists including Takashima Murakami and Yoshitomo Nara. Dominating the leader board of sales on the day however was work by Modern British artists, ranging in styles and mediums from renowned 20th Century Painter Lowry to the founder of the Contemporary YBAs, Damien Hirst.

Shane Xu, Head of the Prints Department comments: ‘In the October Modern & Contemporary Prints & Multiples sale we had a very healthy sell-through rate. The Modern British section was as strong as usual, including highlight sales from Lowry, Patrick Caufield, Sir Howard Hodgkin and Damien Hirst. A lot of the works were sold without being asked for a condition report or general queries, which indicates that our clients have a lot of confidence with us in terms of the quality and the pricing of the works we offer. After the excitement from the sale, we are now preparing for another sale in conjunction with Artsy that begins on November 17 – December 1, which we are looking forward to offer to our new and existing clients.’ 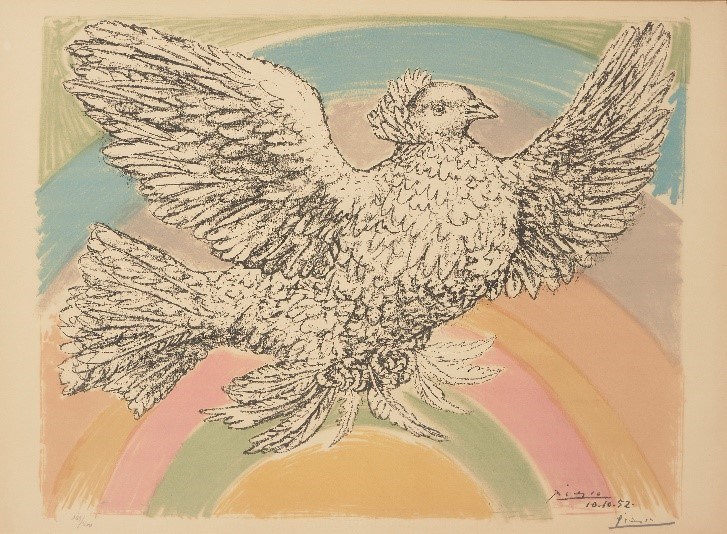 Leading the Modern & Contemporary Prints & Multiples sale at Roseberys was lot 170, by renowned Spanish artist Pablo Picasso, titled ‘Colombe Volant’ (flying dove), 1952. The lithograph in colours on Arches wove, signed and numbered 159/200 in pencil, printed by Mourlot, Paris was estimated to make £3,000 – 5,000 and ended up flying over its estimate to make and outstanding £8,125. 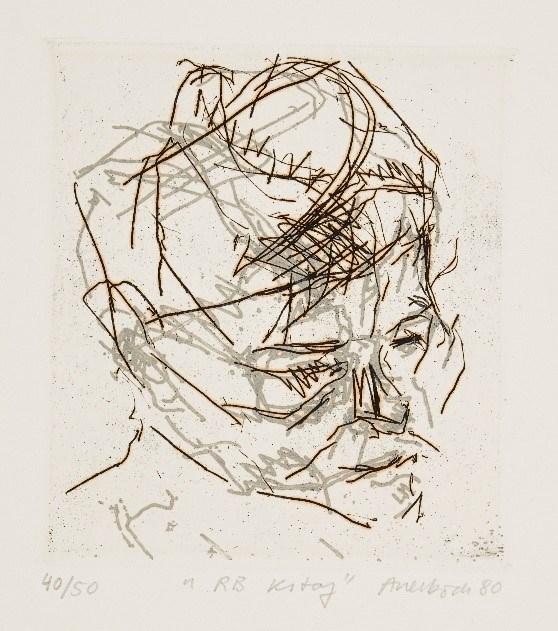 German/ British painter Frank Auerbach who has made some of the most resonant and inventive paintings of recent times, of people and urban landscapes was another artist among the European highlights within the sale. His etching on Archers wove (lot 101) titled ‘RB Kitaj’ that was estimated to make £800 – 1,200 went on to make over four times its top estimate, selling for £5,250. This incredible sale carries on a record of strong results by the artist at Roseberys this year. 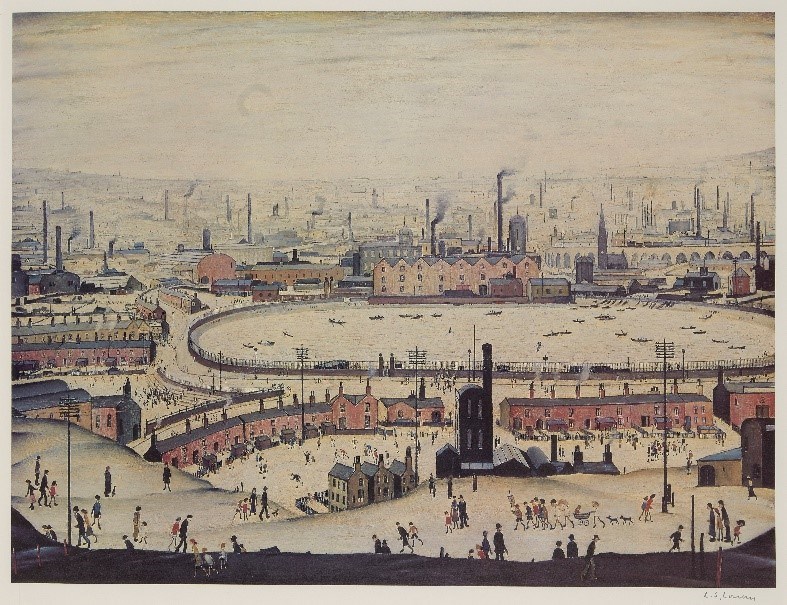 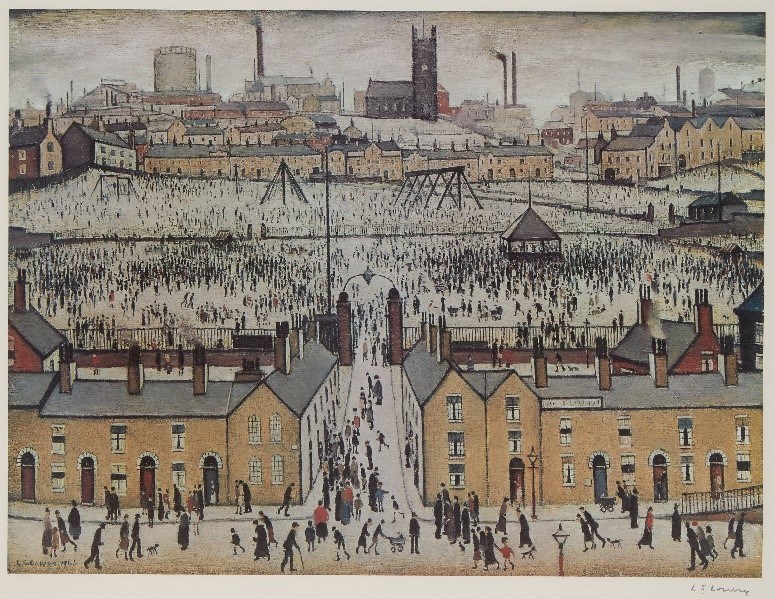 Two works of art by British artist Laurence Stephen Lowry RBA RA both sored over their top estimated to make the same price of £5,775 each. Lot 19 titled ‘Britain at Play’ was estimated to make £1,500 – 2,000 and lot 18 retrospectively titled ‘The Pond’ 1974, was estimated to make £2,000 – 3,000. Both artworks are offset lithograph in colours on wove, printed by Beric Press, published by Mainstone Publications, with the Fine Art Trade Guild blind stamp. 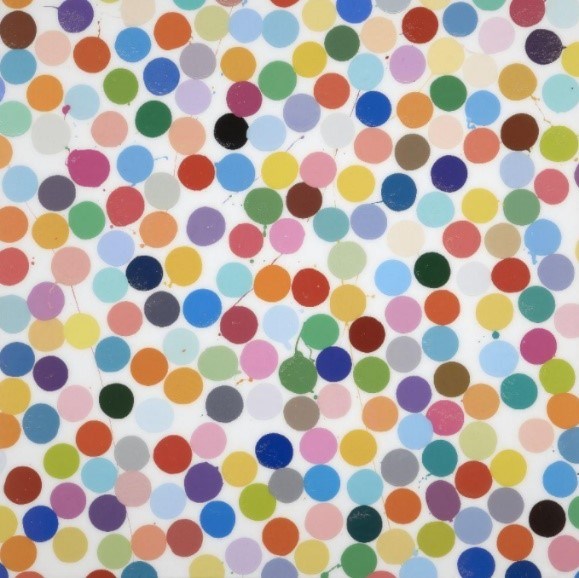 Two works by British contemporary artist Damien Hirst also reached the top ten highlights of the overall sale. Both works stand out as iconic designs from the contemporary artist. The spot paintings are amongst Hirst’s most widely recognised works. Lot 348, titled ‘Claridges ‘diasec mounted giclée print in colours on aluminium panel was estimated to make £4,000 – 6,000, realised a price of £5,000. 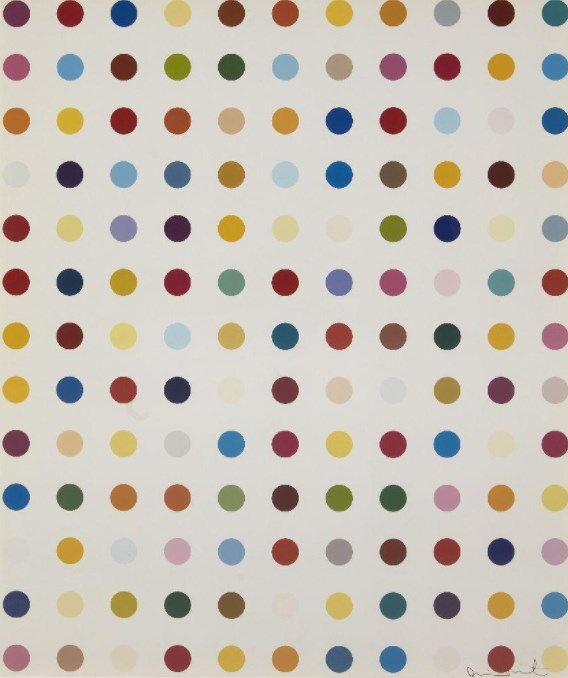 Of the thirteen sub-series within the spots category, the ‘Pharmaceutical’ paintings are the first and most prolific, such as lot 349. Estimated to make £5,000 – 7,000, titled ‘Lysergic Acid Diethylamide (LSD)’ the Lambda C type print in colours on Gloss Fujicolor professional paper sold for £6,875 at Roseberys. 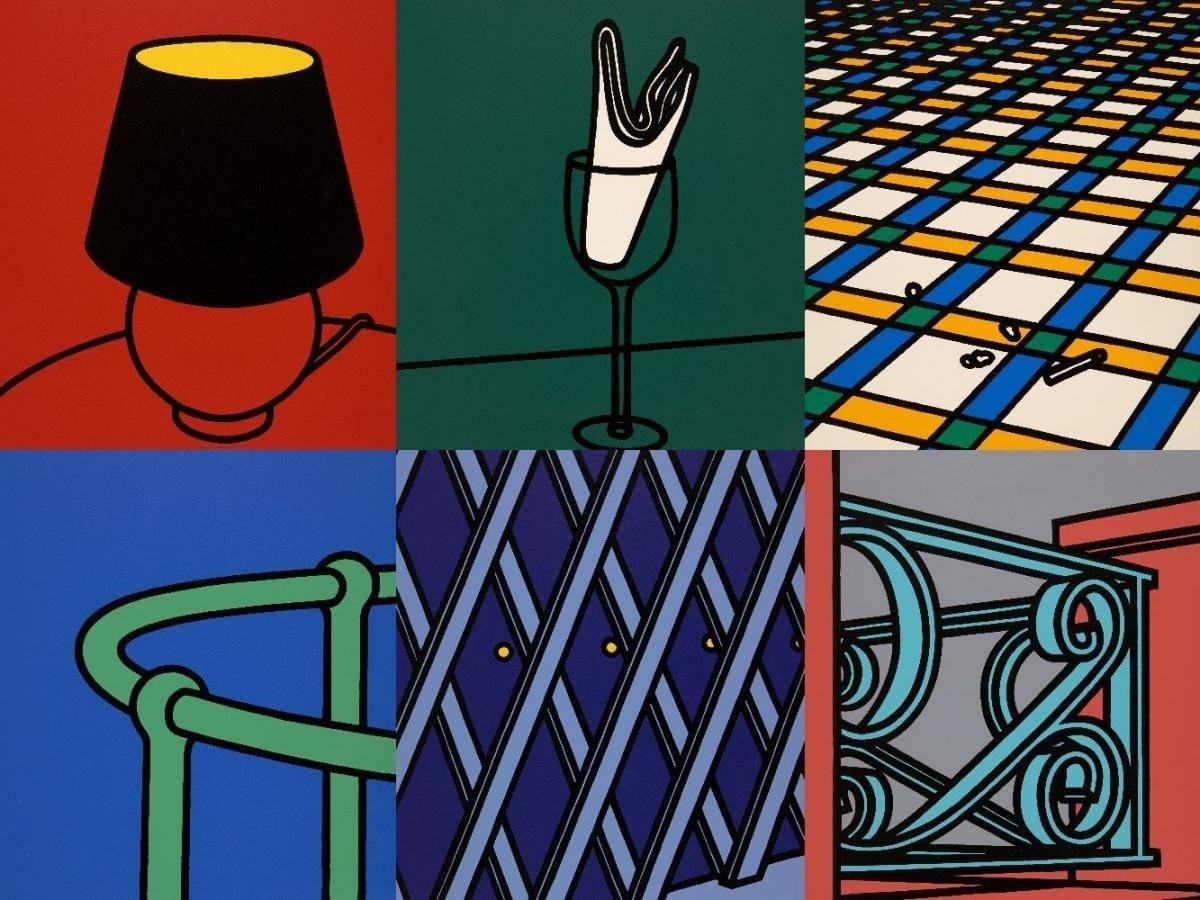 The complete portfolio of twenty-two screen-prints in colours on wove, lot 260 by British artist Patrick Caulfield CBE RA that was estimated to sell for £4,000- £6,000, realised a price of £5,250. The series of screen-prints are prime example of Caufield’s work, which incorporates elements of photorealism within a pared-down scene, in bold colours. 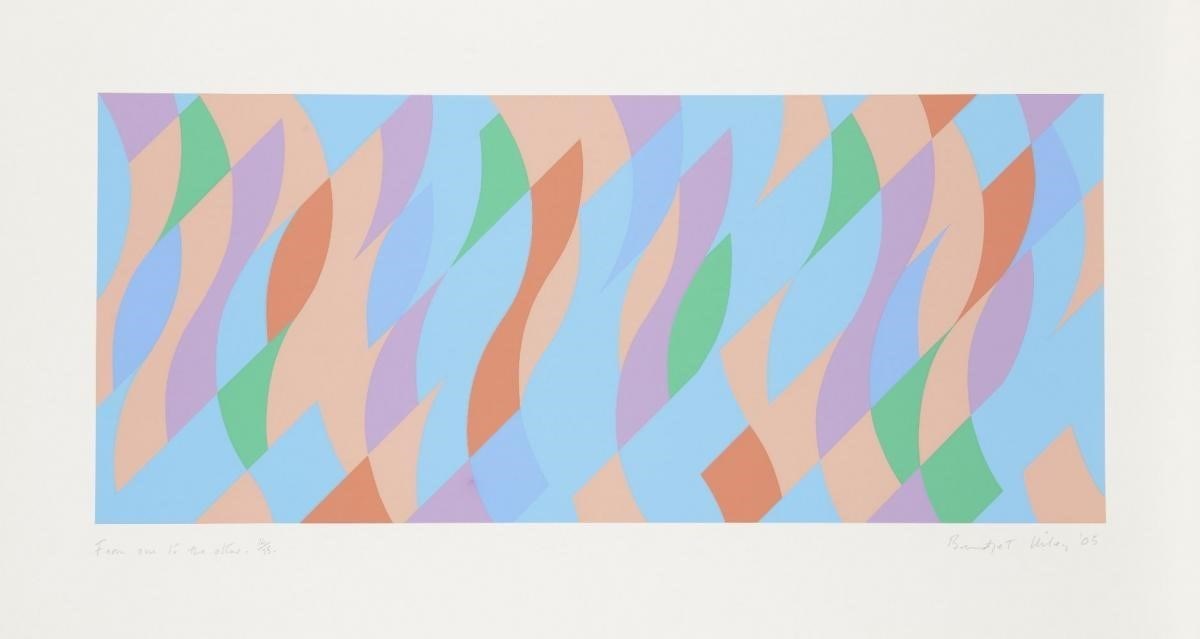 Among the other highlights of works by British artists on sale was lot 300 by Bridget Riley CH CBE. The screenprint in colours on wove ‘From One to the Other [Karsten Schubert 61]’ estimated to make £4,000- £6,000, and went on to make £5,000. The English painter known for her singular op art paintings, is currently the leading lady on the London art scene. Ending in January this year, Hayward Gallery's major retrospective exhibition was devoted to the art of the celebrated artist and was the largest and most comprehensive exhibition of her work to date. 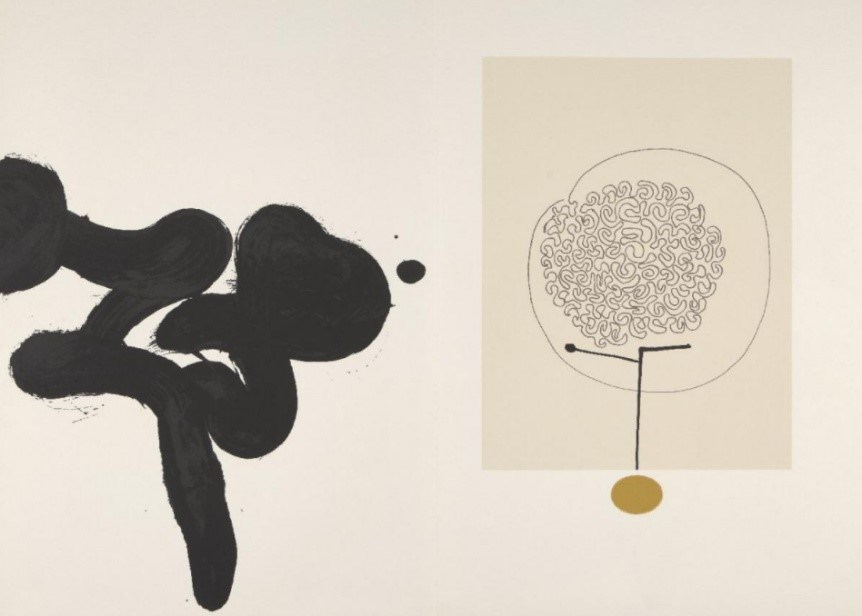 Victor Pasmore CH CBE, British 1908-1998- The Image In Search of Itself [Bowness & Lambertini 65], 1977; the complete portfolio of eleven screenprints in colours on 250gsm Arches wove

Completing the highlights of art by British artists within Roseberys Modern & Contemporary Prints & Multiples auction is work by Victor Pasmore CH CBE. Lot 91 titled ‘The Image In Search of Itself’, the complete portfolio of eleven screenprints in colours on 250gsm Arches wove created in 1977 were estimated to make £3,000 – 5000. The work by the architect / artist who pioneered the development of abstract art in Britain in the 40s and 50s, ended up achieving a price of £4,875. It carries on a strong pattern of work by the artist achieving outstanding results at Roseberys this year. 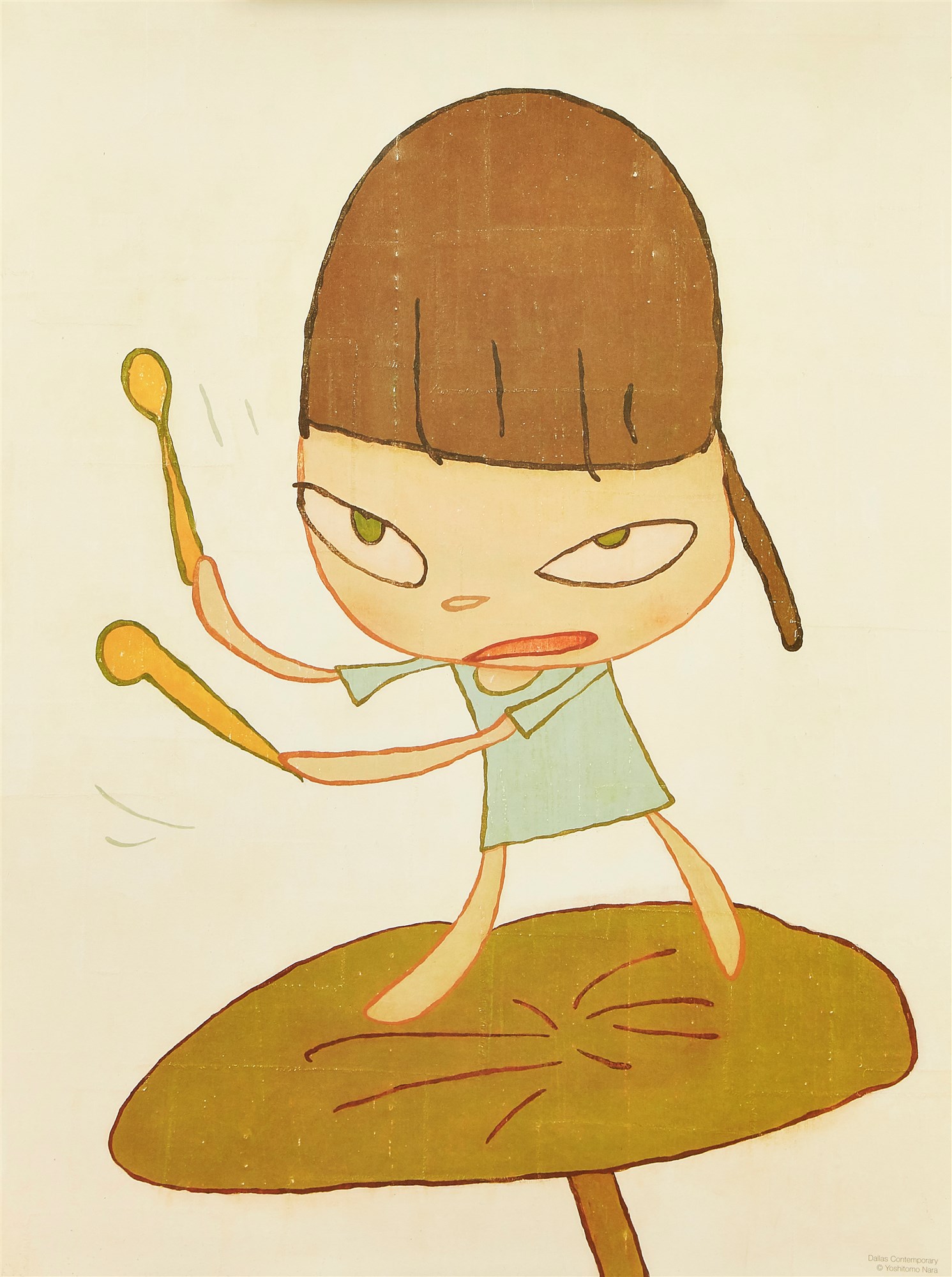 Within the Japanese contemporary works of art section of the sale, lot 379 by Yoshitomo Nara titled ‘Cosmic Girl: Eyes Closed / Eyes Open’ 2008, achieved the highest sale result. The two offset lithographs in colours on smooth wove ‘lot 379’ that were entered into the market at £5,000 – 7,000 realised a price of £6875. The young girl with piercing eyes featured is Nara’s most well-known and repeated subject. 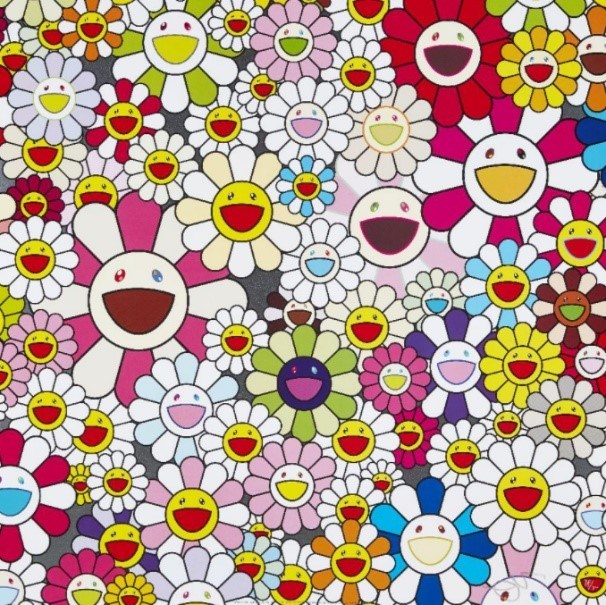 Takashi Murakami,Japanese b.1962-Flowers Blooming in This World and the and of Nirvana, 2013;five offset lithograph in colours on wove

The thirteen works by  “the Warhol of Japan” Takashi Murakami, who is known for his contemporary Pop synthesis of fine art and pop culture, particularly his use of a boldly graphic and colourful anime and manga cartoon style, sold for a combined total of £17,500. Lot 386 that was estimated to make £2,500 – 3,500 achieved the highest price. The five-offset lithograph in colours on wove titled ‘Flowers Blooming in This World and the end of Nirvana’, created in 2013 sold for £5,250.

Lot 240 by the highly influential American artist Sol LeWitt, titled ‘The Location of Lines’ lead the sale in the American category. Created in 1975; the complete set of five etchings on Rives BFK wove by the iconic Conceptual artist that were estimated to make £5,000 – 7,000 went on to achieve a price of £6,250 at auction. The artist whose work helped establish both minimal and conceptual art, has works held in permanent collections at renowned institutions such as the MoMA, Tate, Centre Pompidou, Guggenheim, MASS MoCA, National Gallery of Australia, and The Met. The Sol LeWitt Estate and Microsoft have also recently developed a new immersive app this year (Sol LeWitt App) that transports users into the creative world of iconic Conceptual artist Sol LeWitt as never before. 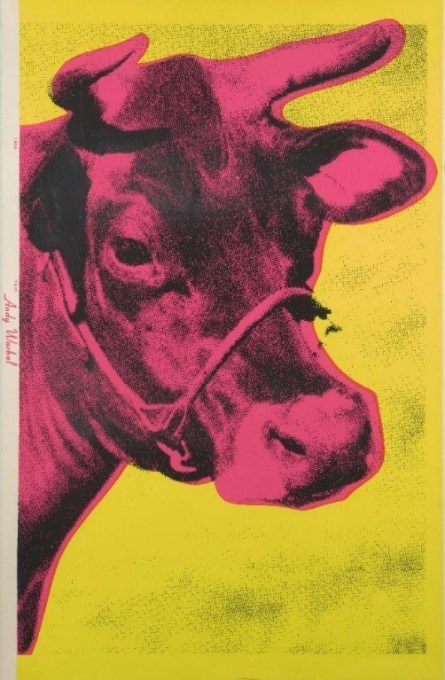 Completing the highlights within the sale is work by the god father of Pop Art, Andy Warhol. The screenprint wallpaper in colours on wove, lot 228, aptly titled ‘Cow’ created in 1966, that was estimated to make £2,000 – 3,000 achieved a price of £5,250. Another highlight by the artist in the sale was his work titled ‘Nike Sneakers Representing Peter Moore’, the screenprint in colours on wove estimated to make £3,000 – 5,000 sold for £5,000. All three works by the iconic artist sold above or within their estimated prices to achieve an overall total of £14,000. Andy Warhol’s work is currently on show at the Tate Modern in London until 15th November, 2020.

The next Modern & Contemporary Prints & Multiples will be a collaboration with Arsty, running online only from November 17 – December 1. If you would like to submit a work for this auction or find out more information please email: prints@roseberys.co.uk