Roseberys is proud to present its final Chinese, Japanese & South East Asian auction of the year, once more operating across two days. Day one of the sale, on Tuesday 9th November, will be Fine Chinese & Japanese works of art spanning from lots 1-235. Within this sale, lots 60-107 are part of a private collection of early Chinese and Korean ceramics amassed since the 1990s. Represented in this collection are most of China’s early kiln sites, covering a vast period of China’s ceramic history. Day two of the auction, on Wednesday 10th November, will include Chinese and South East Asian works of art, spanning from lots 236 to 706. Both auctions will begin at 10am.

Bill Forrest, Head of the Chinese, Japanese & South East Asian Art department comments: ‘We will once again be exhibiting a selection of our two-day Asian art sale during Asian Art Week in London, which will include a magnificent Qianlong period Ming-style moonflask with an interesting story.  It is part of the Maurice Collis collection and is one of five works offered from his collection in the sale.  We are also fortunate to be offering a large private collection of early Chinese and Korean ceramics representing most of the major Chinese kiln sites in operation during the Song and Yuan dynasties.’ 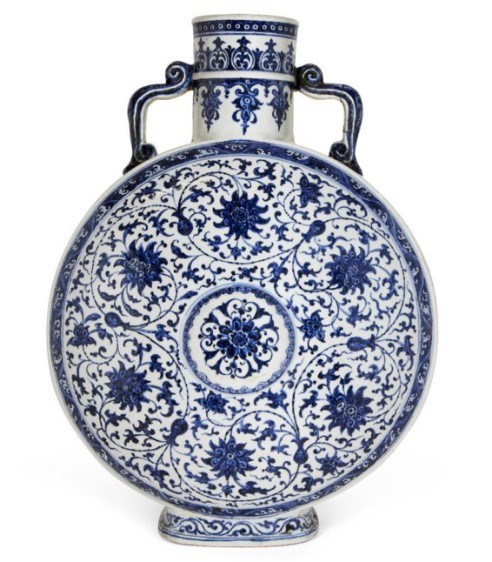 Leading the highlights within the day one sale of Chinese and Japanese works of art, estimated to make between £15,000-£25,000, is lot 46, a large Chinese porcelain Ming style blue and white moonflask, made during the Qianlong period. Bill Forrest comments: ‘This is an exceptionally rare finely painted Qianlong period blue and white moonflask.  One of five lots from the private collection of Maurice Collis, this flask has an intriguing story to tell – during the firing process the vase slumped under its own weight, resulting in a significant lean from front to back.  We know that so many of these vessels collapsed in the kiln due to their size and shape, but this survived the rigorous quality control process, for what reason we can only speculate.’ 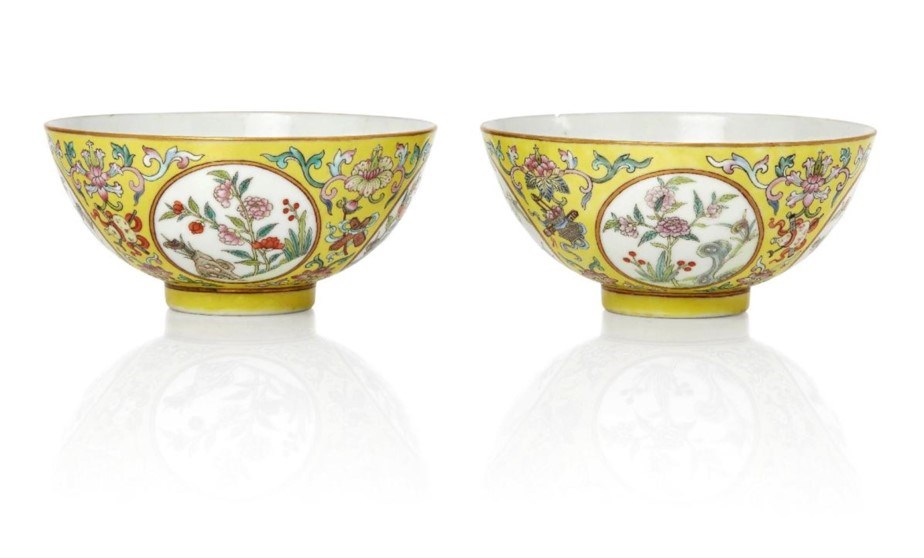 
Lot 42 on offer is a pair of fine Chinese porcelain yellow-ground famille rose 'medallion' bowls, Shendetang Zhi, Daoguang period, circa 1831-1850, with a pre-sale guided price of £8,000-£12,000. The Shendetang ('Hall of Prudent Virtue') was a residence within the Yuanmingyuan commissioned by the Daoguang Emperor, completed in 1831. Daoguang pieces bearing the Shendetang Zhi mark are therefore attributable to the two decades between 1831 and 1850. The auspicious emblems decorating these bowls are the Eight Daoist Emblems, each of which represents the attributes of their respective Daoist Immortal. The peony is a symbol of prosperity, and the lingzhi fungus represents longevity. 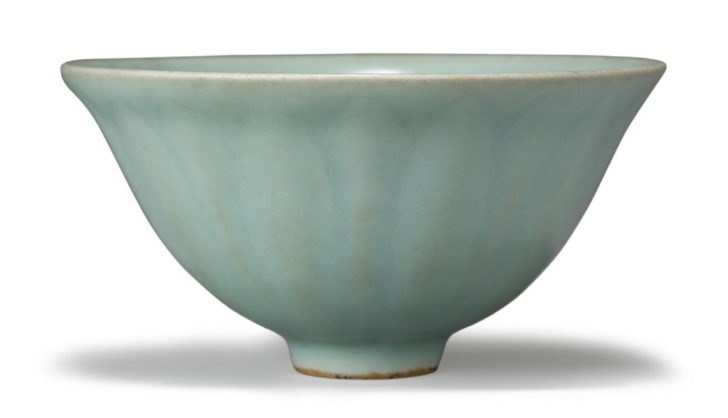 Lot 69 is a rare Chinese Longquan kinuta seiji celadon 'lotus petal' bowl made during the Southern Song dynasty. This bowl has a sumptuous bluish-green glaze, a glaze recognised by the Japanese term kinuta. It was an extremely difficult glaze to perfect, and as such, bowls of this type are incredibly rare.  The Southern Song dynasty bowl comes with an estimate of £8,000-£12,000. 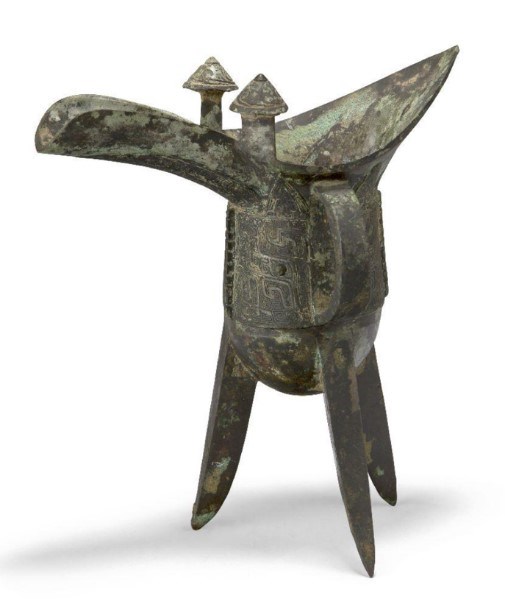 Elsewhere in the sale (lot 49) is a Chinese bronze archaic wine pouring vessel, jue, 12th-11th century BCE. Hailing from the late Shang dynasty, this represents the quintessential Chinese art form.  Finely cast with Taotie masks, these vessels were used in religious ancestor ceremonies to pour wine.  This comes from a private collection, which was mostly acquired from the prestigious London dealership Bluett. with an estimate of £6,000-£8,000. 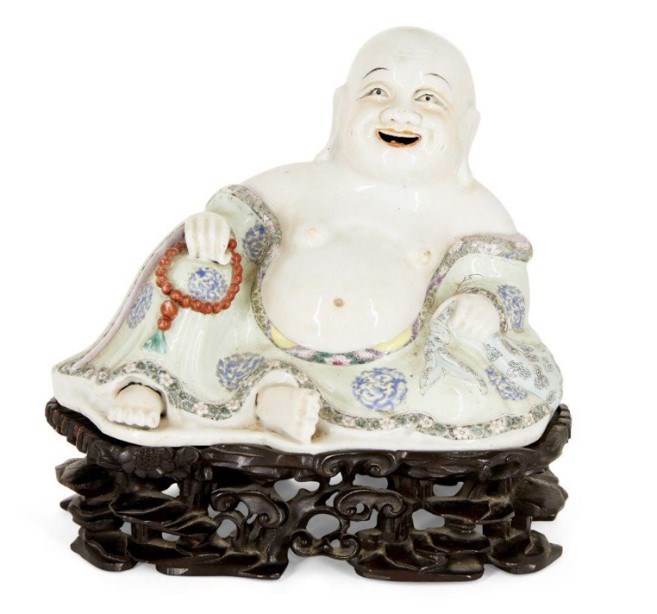 Lot 2 is a fine example of Qianlong famille rose porcelain, modelled as Budai. This Budai is rare, considering it still retains its original finely carved zitan stand. This jolly model comes with the estimate of £800-£1,200. 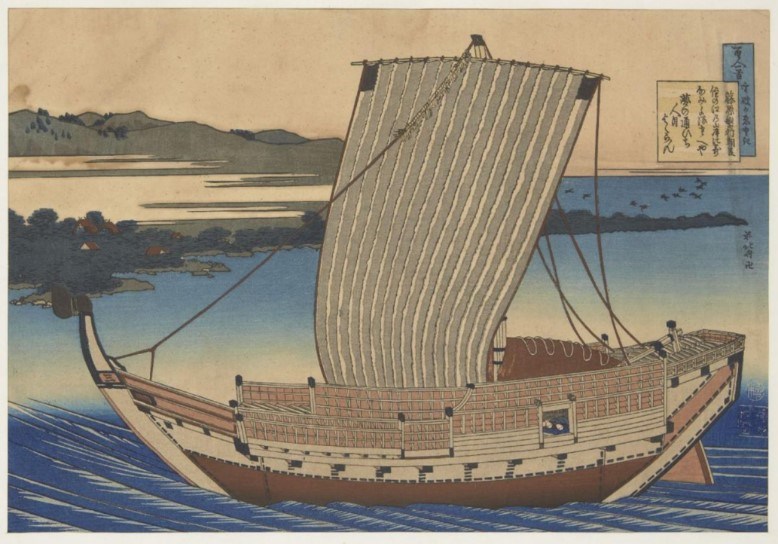 Leading the Japanese works of art on offer is lot 173 by Katsushika Hokusai (1760-1849). The Poem by Fujiwara No Toshiyuki Ason, c.1835-36 is a woodblock print in colours, signed Saki no Hokusai Manji, published by Iseya Sanjiro, sealed Kiwame, horizontal oban. The framed woodblock measures 24cm x 36cm. This work on offer comes with an estimate of £6,000-£8,000. Bill Forrest comments: ‘It is increasingly difficult to find period Hokusai prints on the open market.’ 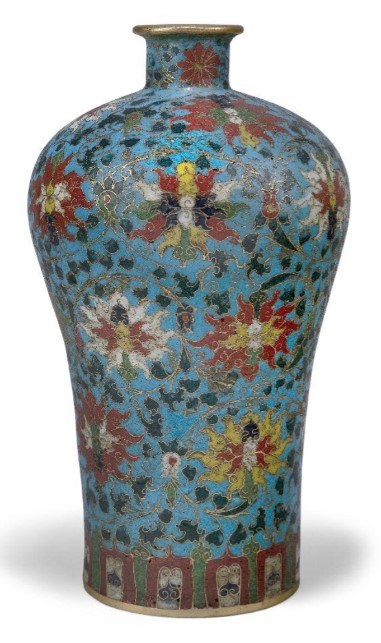 Entered onto the market with a price of £20,000-£30,000 is lot 463, a rare Chinese gilt metal and cloisonne enamel meiping, 17th century. Decorated with scrolling lotus and foliage, above a band of stiff leaves on a turquoise ground. The meiping measuring 29cm high comes with a provenance from a Private collection in North London. 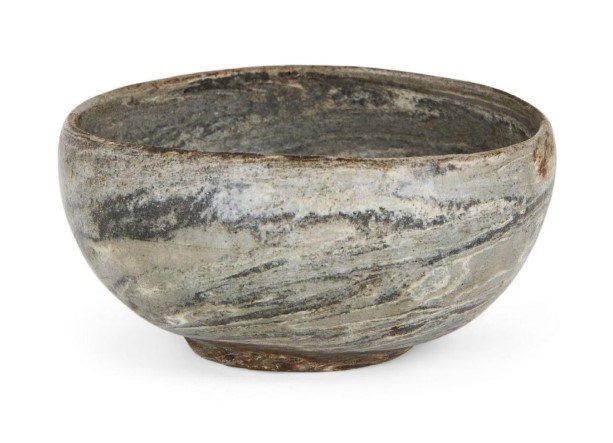 The highlight of the Korean works of art on offer is lot 260, a rare Korean 'yeonrimun' marbled pottery bowl, Goryeo dynasty, 12th century. On short foot with convex sides, the bowl is composed of dark grey, light grey and ivory-coloured clay mixed together to create a marbled effect, covered in an allover clear glaze with a celadon tint, with 8.9cm diameter, measuring 4.5cm high c.f. A comparable Goryeo dynasty bowl with a similar marbled effect can be found at the Museum of Oriental Ceramics, Osaka, acc. no. 00190. This fine example of Korean pottery comes with an estimate of £3,000-£5,000.