LONDON: A Martinware bird model has sold at Roseberys for £11,500 to a collector based in London. The highly prized piece, part of a small single-owner collection of Martinware, was the top seller in Design: Decorative Arts 1860 to the Present Day on March 3 and was one of a number of lots to outstrip estimates. Studio ceramics and stylish modern furniture were also among the highlights.

Fiona Baker, Head of the Department commented :
'We were very pleased with the results of ‘Design from 1860 to the present day’ with good consistent selling rates across all mediums and periods. We were encouraged with our Sunday viewing when many private clients braved the weather to view and ultimately successfully competed for their chosen lots, although they did have some competition from the rest of the UK and Europe. The sale overall had a selling rate by lot of over 85%.' 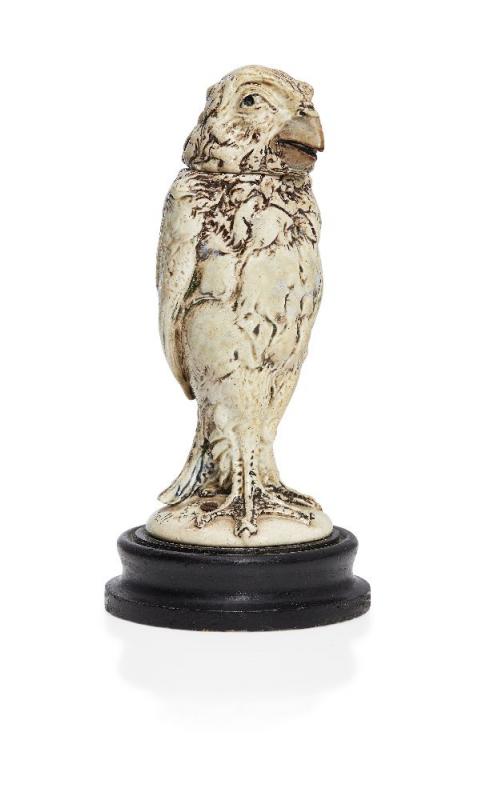 Eccentric founder Robert Wallace Martin (1843–1923) and his siblings Charles, Walter and Edwin epitomised the energy and experimentation of the 19th century art pottery movement. Eminently collectable on today’s market as this result shows, Martinware is known for its vast range of skilfully formed and decorated domestic and decorative wares. Often grotesque and eccentric, these distinctive creations demonstrated the brothers’ unique blend of fantasy and imagination. A sculptor by training, Robert was generally responsible for throwing and modelling and is most commonly associated with the pottery’s fantastical sculptural bird models. These wares were produced with strangely anthropomorphic facial expressions in a variety of different sizes. The 18.5cm high stoneware bird at Roseberys for instance was modelled with a thoughtful expression. [Lot 33] 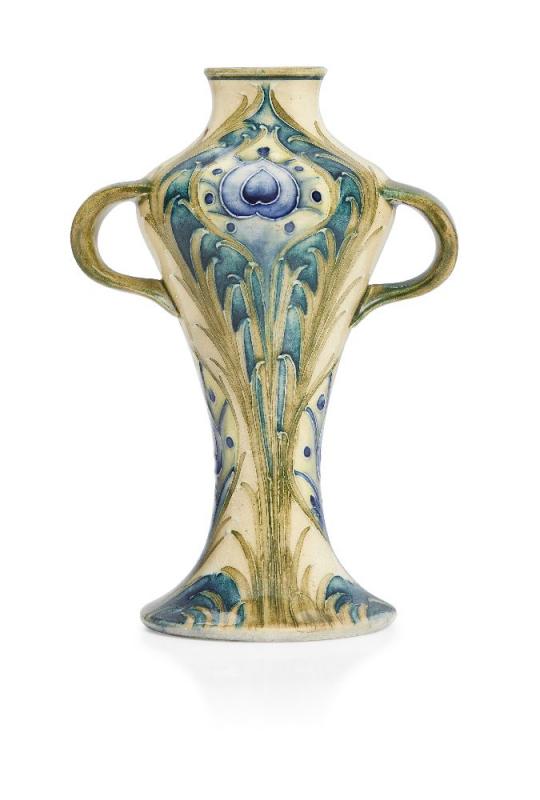 Fierce competition also emerged for a small twin-handled ‘peacock’ pattern vase by William Moorcroft. Dating from c.1900, it was pursued to £7,250 by a collector in the room and a telephone phone bidder. [Lot 11] Another ceramics highlight was a tall stylised cat by James Tower (1919-1988), a distinctive figure in post-war British ceramics. It had a lot of admirers during the view which translated into bids on the day to achieve £4,500. It was made from tin glazed earthenware and decorated all over with typical abstract resist motifs in shades of dark grey blue. It was produced in the early 1950s when Tower began his exploration of simplified figurative designs inspired by animal and plant forms. These became increasingly geometric and abstract in the years that followed. [Lot 114]

A striking table by Paul Evans (1931-1987) starred in the furniture section, selling for £6,500. Evans was a leading figure in the mid-century American studio and brutalist furniture movement known for his innovative approaches to metalsmithing and furniture-making.  The model 'PE24' dining table, c.1969, was made for the manufacturer Directional Furniture, an association that started in 1964 and significantly impacted the nature and scope of Evans’s production. It features welded steel bases showcasing his masterful designs, polychrome technique and patchwork. [Lot 222] 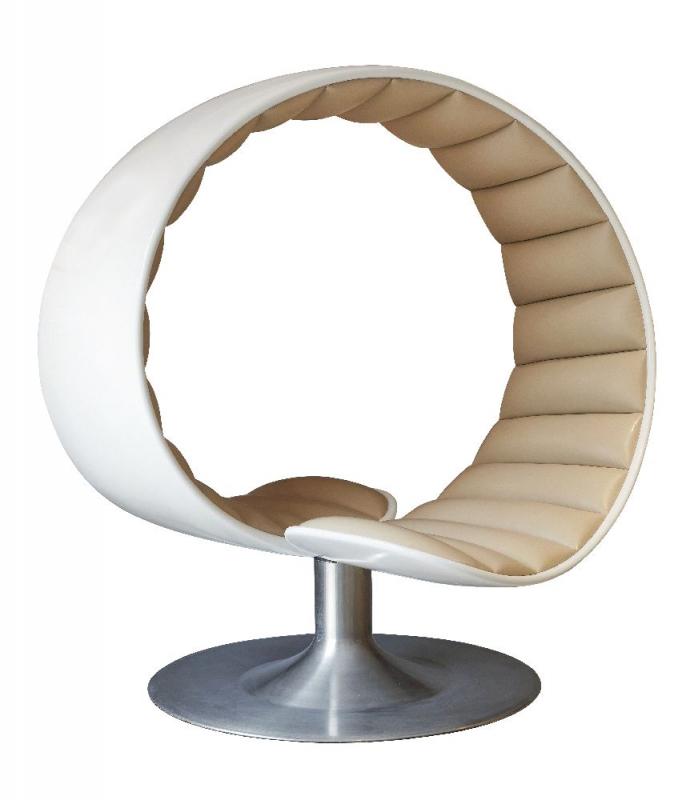 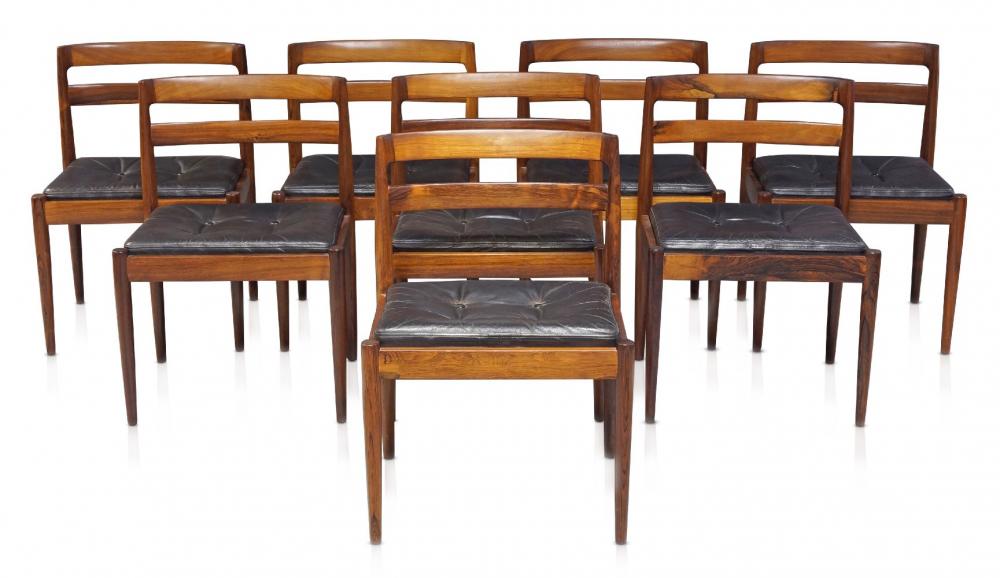 A bid of £3,750 secured a set of eight 'Model 301' Danish rosewood dining chairs by Kai Kristiansen (b.1929) for Magnus Olesen together with a c.1960 rosewood dining table by the reputable Danish firm CJ Rosengaarden. [Lot 183] 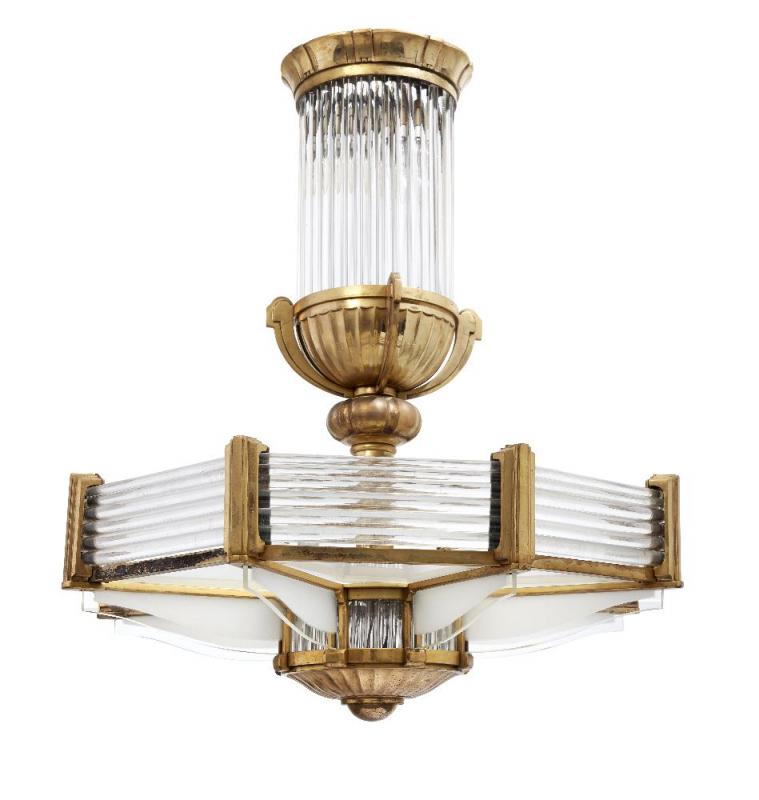 A grand French Art Deco chandelier by Atelier Petitot was secured for £3,250 by a buyer to make an eye-catching addition to their hallway. The bronze and glass chandelier was made in c.1930 as Petitot began to dominate the market for high-quality French art deco lighting. [Lot 84]

VIEW ALL THE RESULTS