Stern was born in Essen in Germany in 1922. His father, Kurt, was an engineer, whose guiding principles and know-how about infrastructure and quality-control would benefit Hans’ future empire. His family were Jewish and, witnessing and experiencing the rising anti-Semitism in Germany in the years preceding the Second World War, emigrated to Brazil in 1937. Stern was just 17 when his family arrived in Rio de Janeiro with virtually nothing to their name. 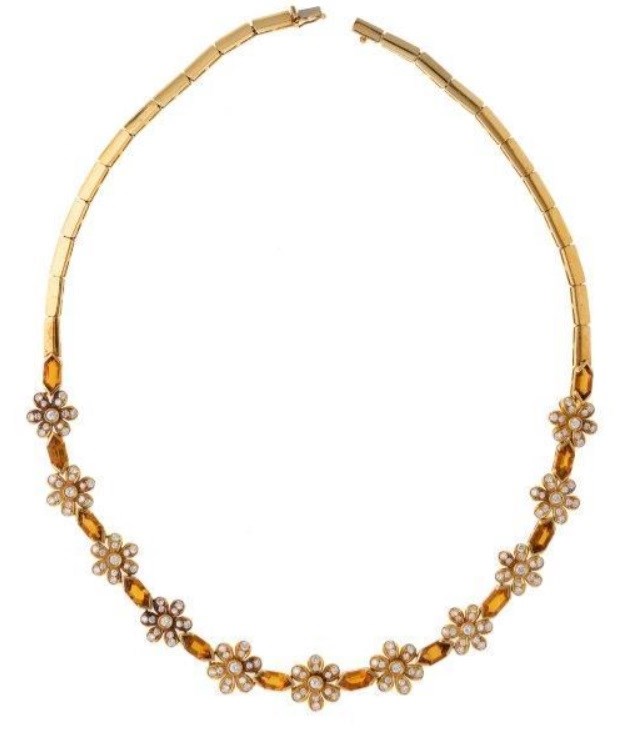 A diamond and citrine necklace

The young Stern first entered into the gemstone business when he got a job as a typist for the Cristab company, who specialised in exporting Brazilian precious stones. As part of this role, Stern travelled to Minas Gerais and journeyed around the area on horseback familiarizing himself with local miners and stones. It was in the Minas Gerais area that the majority of Brazilian diamonds were found (before their discovery in South Africa and after their depletion in India). In this area various other precious stones were mined including amethyst, topaz, and Stern’s favourite – tourmaline. Stern was bedazzled by the colourful stones of Brazil and wanted to sell them internationally (where there had been no appetite for Brazilian gems before).

Stern began purchasing stones on consignment – selling his beloved accordion to make his first purchases. In 1945 the H. Stern company was founded, targeting foreign travellers as their ideal customer. The timing of founding his company just as the Second World War finished was excellent, as the period of economic growth that followed enabled a growing middle class to travel internationally and purchase luxury goods like Stern’s.

Stern trained many local jewellers and expanded his company into jewellery making and retailing. The first H. Stern store opened in 1949 on the Rio de Janeiro docks. In 1951, the Nicaraguan dictator Anastasio Somoza came into Stern’s Rio de Janeiro store and purchased an aquamarine necklace for $20,000 (over $222,000 in today’s money) which marked a turning point in Stern’s success. Stern – almost single-handedly – went on to raise the reputation of Brazilian gems up to international standards and was the first person to create a worldwide warranty certificate. 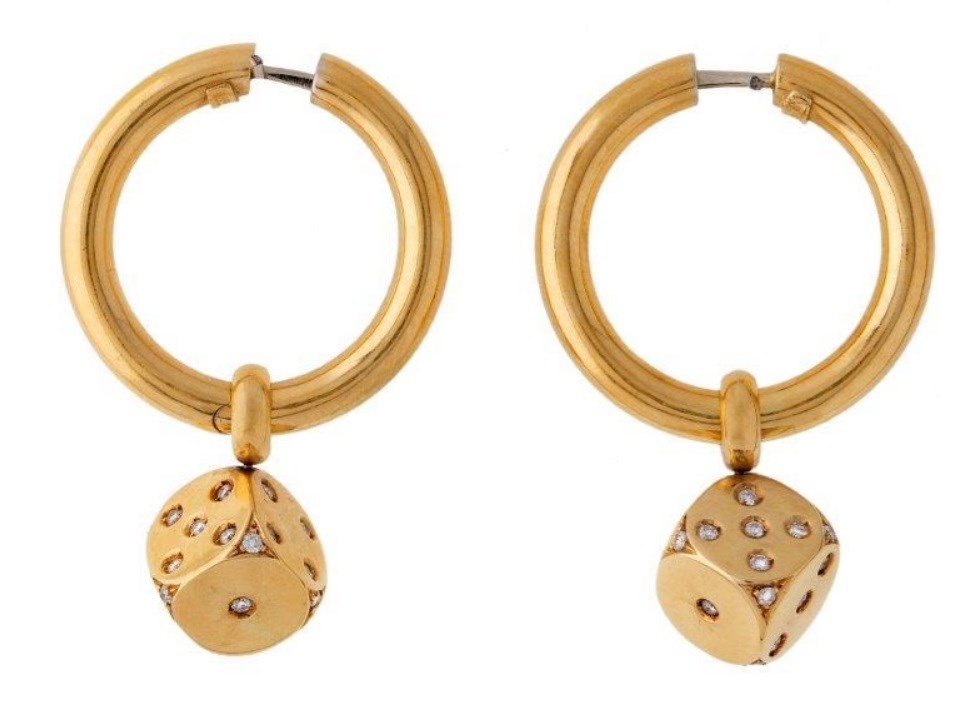 A pair of diamond dice earrings, by Stern

In Stern’s opinion, coloured jewels had been over-looked thus far as “semi-precious” (as opposed to precious gems like diamonds, sapphire, rubies, and emeralds), provoking his famous phrase “There is no semi-precious stone as there is no semi-pregnant woman or semi-honest man”. Stern did also win several prizes for his avant garde diamond designs (like Lot 176). 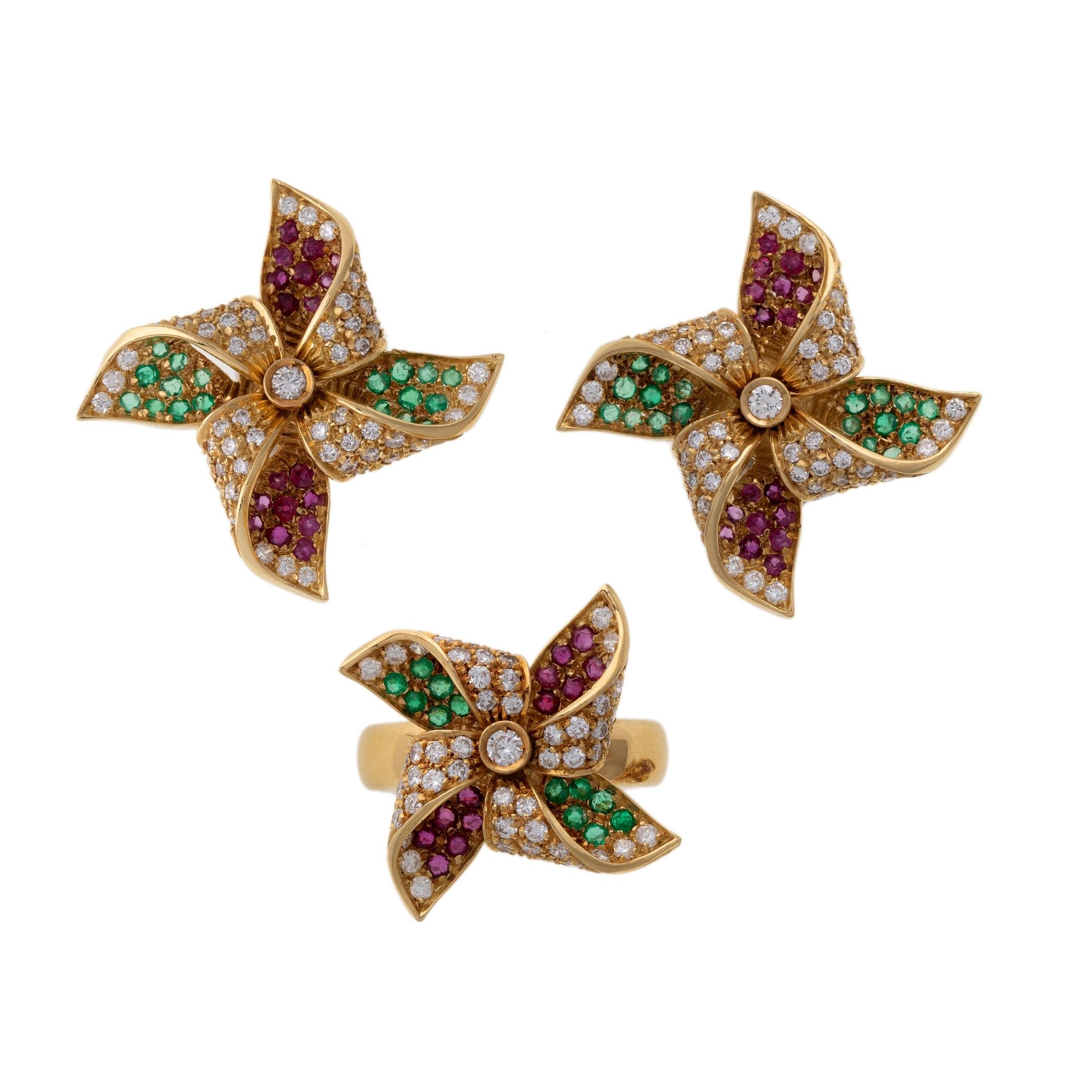 A pair of diamond and gem earrings and ring, by Stern

The popularity of these recognisable, avant garde designs (like Lot 175) meant that the company could open stores internationally. In 2003, H. Stern entered the Basel Jewellery and Watch Fair for the first time. There are now over 300 H. Stern stores around the world- many of which are family owned and operated – and their jewellery has featured in various international fashion magazines and stages including Vogue. Two of Hans’ sons – Roberto and Ronaldo – continue to run the H. Stern company as a CEO and Creative Director, and Vice President respectively. Hans Stern died in 2007 aged 85.