LONDON: A pair of important diamond single stone rings and two pieces by trailblazing British designers will lead a varied sale of jewellery and watches at Roseberys London this autumn. The auction takes place on November 20 and contains jewellery from the 19th century to the present day, featuring famous names such as Cartier, Boucheron, Bulgari and Van Cleef & Arpels. Major brands in the world of high-end watches are also for sale and include timepieces by Audemars Piguet, Vacheron & Constantin, Rolex, Omega, and Jaeger-LeCoultre.

Mark Bowis, Head of Jewellery & Watches at Roseberys, comments: This autumn’s jewellery and watches sale at Roseberys comprises 324 lots with estimates ranging from £80 to £15,000.  Featured in the sale are a healthy collection of diamond and gem rings including diamond single stone rings, eternity rings and a varied choice of gem examples. The sale also offers a small collection of cufflinks of varying designs. Jewellery from famous names and jewel houses is represented and includes pieces by Cartier, Boucheron, Bulgari, Van Cleef & Arpels, Tiffany, Chanel H. Stern and Pomellato. The watch section includes names such as Cartier, Audemars Piguet, Vacheron & Constantin, Rolex, Jaeger-LeCoultre, Chopard, Omega and Piaget. The finale of the sale closes with two important diamond single stone rings.

The first of these enticing diamond single stone rings was made by the long-established firm of jewellers Boodles. Described by jewellery specialist Mark Bowis as a “top of the food chain white diamond”, it weighs 2.22 carats and has a popular Asscher-cut giving it an ice appearance. Set in 18ct. white gold with baguette diamond three stone shoulders, this beautiful clean ring is estimated at £15,000-20,000. [Lot 324] 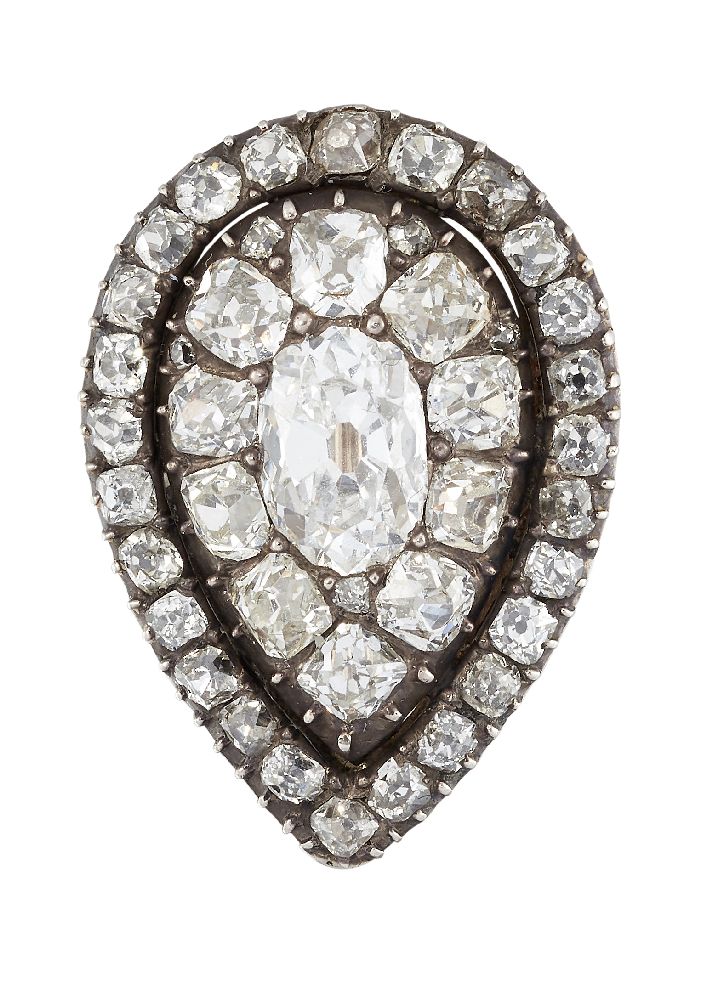 Pieces designed by the founders of modern jewellery in Britain during the 1960s and 1970s, such as Andrew Grima and John Donald (b.1928), is currently enjoying a renaissance with values on the rise. This wonderful rock crystal brooch, straight out of the school of abstract jewellery from this period, is by John Donald who is widely regarded as one of the most innovative jewellery designers to have emerged from post-war Britain. His iconic work, closely associated with London during the 1960s and 1970s, attracted many notable clients and patrons, including Princess Margaret and the Queen Mother. Donald earned a name as a pioneering artist-jeweller who championed creative expression and individuality through his revolutionary designs. Brooches played a particularly significant part in launching his career, as they provided him with maximum scope for expression. As a result, some of his most important ideas can be traced back through his brooch design. In this example the uniformity of the polished rods both mirror and contrast with the abstract clustering of the natural crystals. The design is an embodiment of 'balanced irregularity', a concept favoured by the designer who believed that "all stones, however valuable, however beautiful, must be subordinate to design." Unusually it comes with an original maker’s case and carries hopes of £1,000-1,500. [Lot 54] 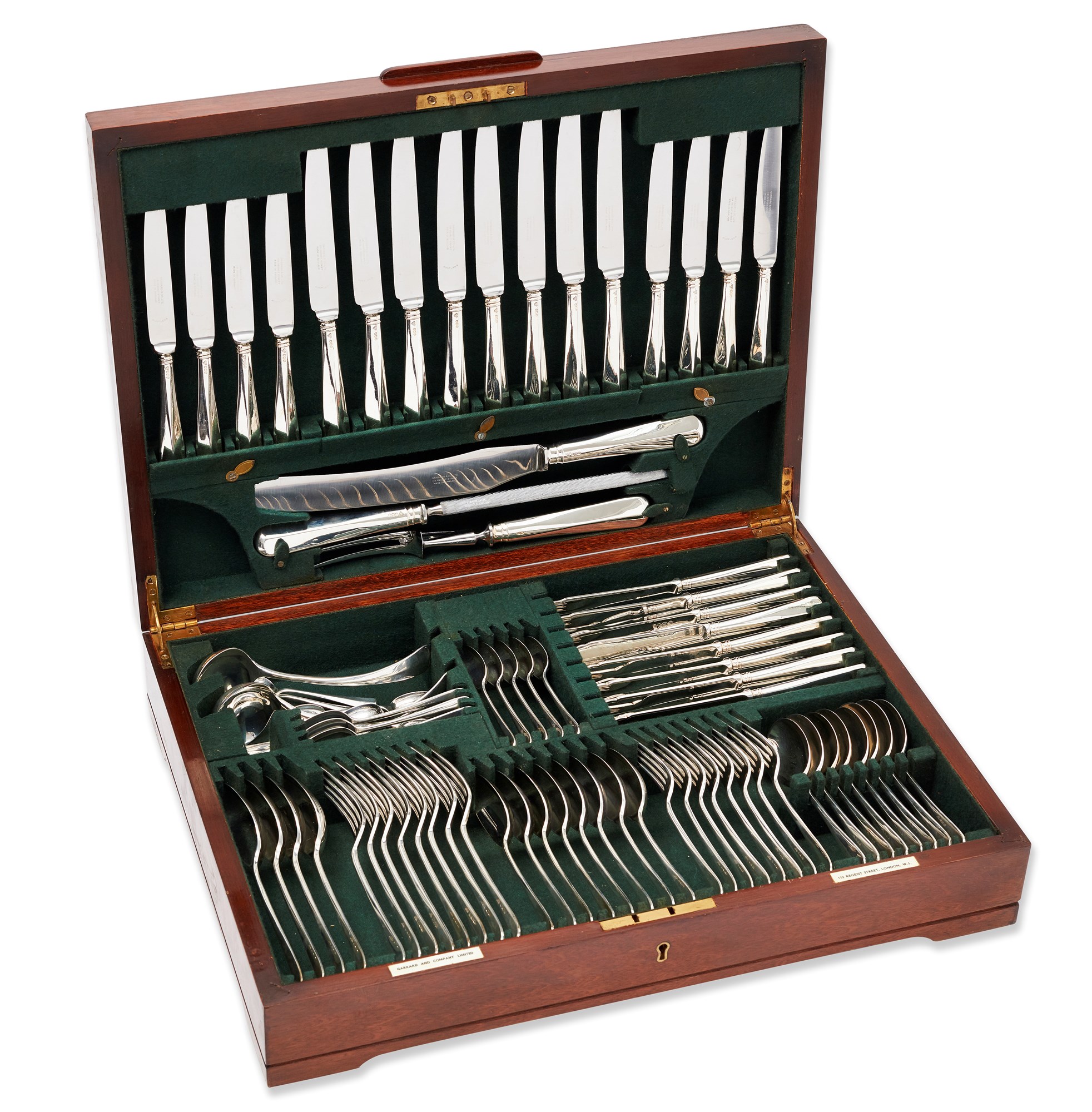 Elsewhere in the sale is a flexible necklace by Tiffany & Co - a real statement and very much in today’s taste. A classic design from the famous American luxury jeweller, it has a triple-row swag design of interesting pod-shaped links and collar shape intervals. It carries hopes of £5,000-7,000. [Lot 229]

Another fine designer piece is this 18ct gold and rock crystal bracelet by the celebrated British jeweller Stephen Webster (b.1959). Typical of Webster’s strong and bold designs, this £2,000-3,000 piece comes from the classic ‘Crystal Haze’ collection in 2007. Webster, who was inspired by the pioneering modern jeweller Andrew Grima and designed pieces for Princess Diana, Rihanna and Madonna, invented the ‘crystal haze’ process whereby thin layers of quartz crystals are faceted over precious stones, creating an illuminated hologram. [Lot 79]

A rare fancy greyish yellowish green diamond single stone ring weighing 0.90 carats with a brilliant-cut diamond surround is another attractive piece for sale. Green diamonds of any size do not commonly appear on the open market. This has hopes of £4,200-4,800. [Lot 322]

An older ring on offer is this c.1840 ruby and diamond ring composed of two pear-shaped or stylised heart-shaped rubies with a diamond border and bow surmount. Sentimental jewellery of the 19th century is getting more difficult to obtain in good untouched condition, with this fine example estimated at £1,500-2,000. [Lot 92]