The Islamic & Indian Art sales this year offered metalwork, pottery, manuscripts, glass, decorative arts, paintings and carpets, from the Islamic and Indian cultures from the mid-7th century up to the present day. Highlights this year came from around the globe from North Africa, Middle East, southern Spain, Turkey, Central Asia, through to China, India and Southeast Asia. This year the department hosted four auctions including, A Private Collection of Islamic Manuscripts, Miniatures and Calligraphies. In November, the Head of the Department, Alice Bailey proudly accepted the ‘Outstanding Indian & Islamic Work of Art Award' from the prestigious Asian Art in London event for an important royal Sidi manuscript that was sold at Roseberys.

1. An important royal Sidi manuscript produced for the Nawab of Sachin Ibrahim Muhammed Yakut Khan I Bahadur (r. 1802 - 1853AD) sold for £212,500 in the Islamic & Indian Arts Auction at Roseberys on the 22 October 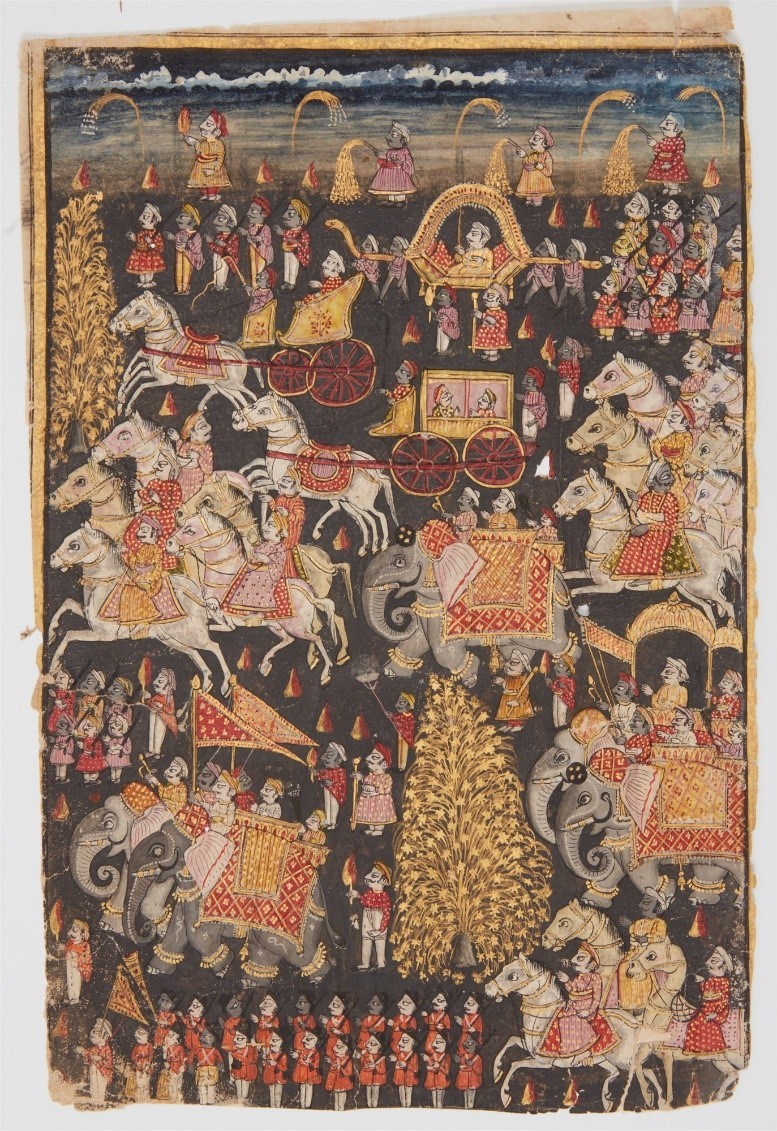 A visually rich and important manuscript highlighting the extraordinary but little explored history of Africans in India was pursued to a staggering £212,500 at Roseberys making it the bestselling item of the year for the department. The royal Sidi manuscript, offered with an estimate of £8,000-12,000 in Islamic & Indian Art on October 22, is a rare and fine example of artistic production in the African ruled state of Sachin in Gujarat. A self-contained nation founded in 1791, Sachin had its own cavalry and state band that included Africans, in addition to its own coats of arms, currency and stamped paper. It remained independent until integrated into the Indian state in 1948. The highly prized manuscript, written in Persian and Urdu, was produced during the first half of the 19th century for the Nawab of Sachin, Ibrahim Muhammed Yakut Khan I Bahadur (r. 1802-1853AD). The rich illustrations contained within its pages of rulers, festivals, weddings, births and processions suggest it was produced as a collection of tales.  Though most of its subjects were Hindu, Sachin was ruled by Sunni Muslims of the Sidi dynasty who were of Abyssinian origin. Their success and those of the neighbouring state of Janjira are the only cases in history that slaves from East Africa went to another continent and reached a high position in society. As rulers, city planners, and architects the Sidis left an impressive historical and architectural legacy that attest to their determination, skills, and intellectual, cultural, military and political savvy. As well as achieving an awe-inspiring price at auction this lot also went on to win the first ‘Outstanding Indian & Islamic Work of Art Award' from the Asian Art in London event, a prestigious competition sponsored by Apollo Magazine and The Antiques Trade Gazette. Alice Bailey Head of the Islamic & Indian Art department commented: The royal Sidi manuscript from Sachin was by far the star of the show selling for £212,500, of immense importance to both the African and Indian history.

2. A small oil on canvas of Punjabi villagers seated under a tree at night-time, Punjab, first half 20th century sold for £35,000 in the Islamic & Indian Arts Auction at Roseberys on the 22 October 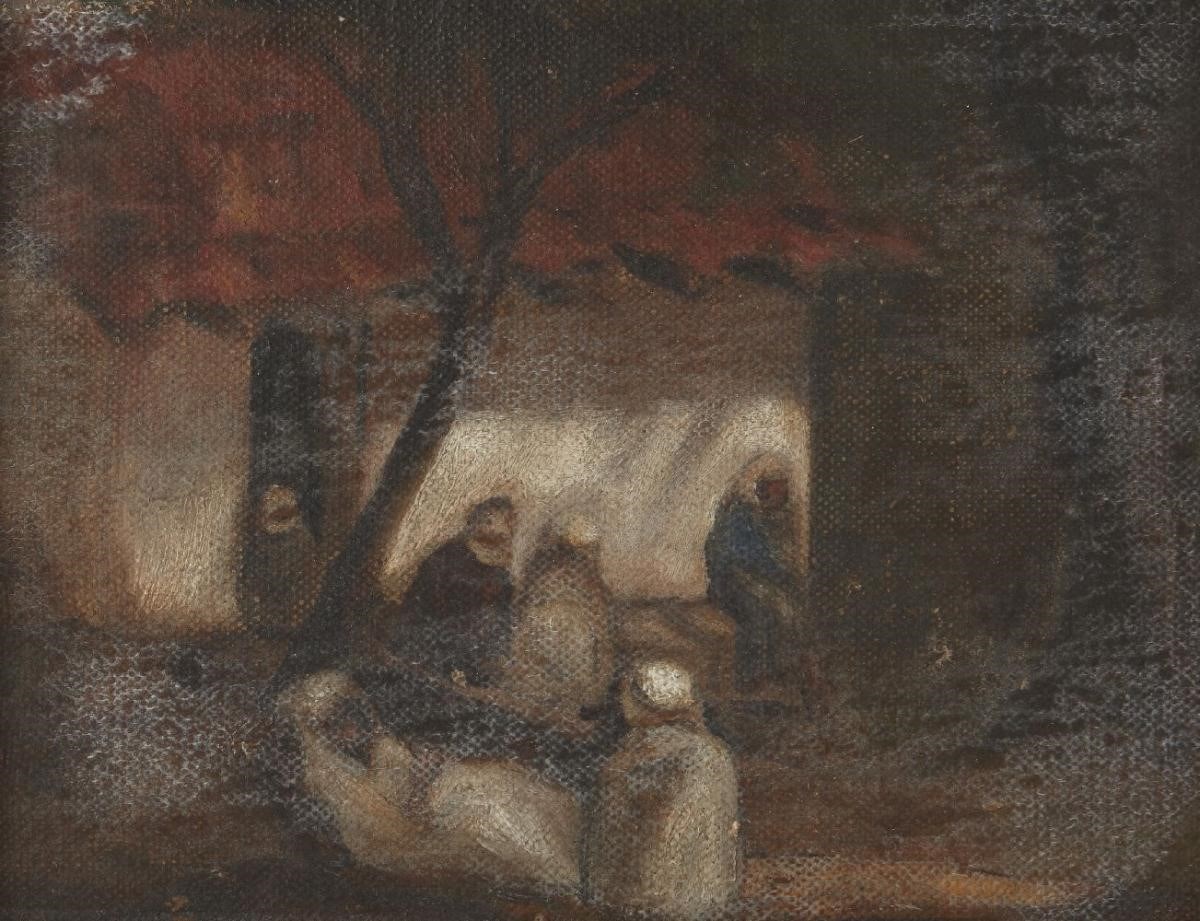 A small oil of Punjabi villagers inscribed with the name of Amrita Sher-Gil (1913-41), the so-called ‘Frida Kahlo of India’, was hotly contested to £35,000 in the October Indian & Islamic Arts auction. Sher-Gil, considered a revolutionary and the originator of modern art in India, died at the young age of 28 so few works by her exist. In total, 172 paintings have been documented and of those 95 are in the permanent collection of museums and institutions within India, notably the National Gallery of Modern Art in New Delhi. 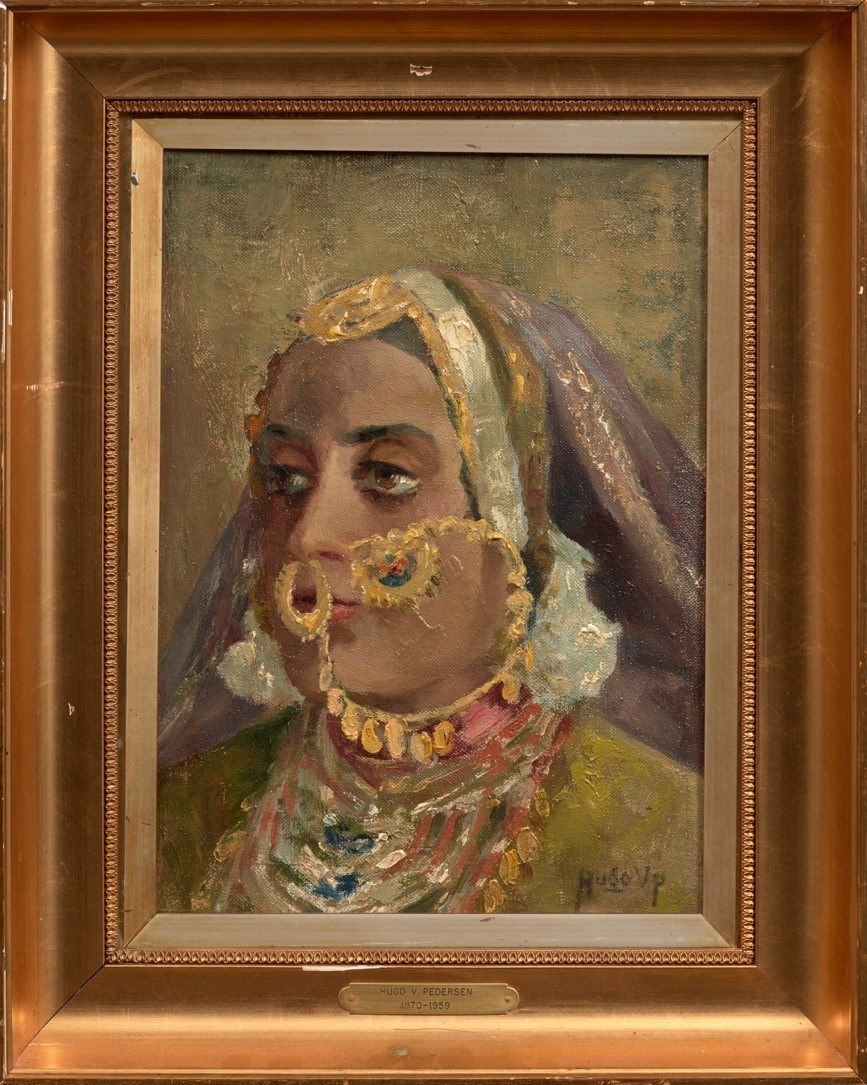 A posthumous portrait of Maharani Jind Kaur – the fearless Sikh queen of Lahore who became a serious obstacle to British rule in India – was a star lot in Roseberys rescheduled Indian and Islamic art auction on the 17 June. The oil on canvas came from a private collection in Copenhagen and was painted in c.1905 by the Danish artist Hugo Vilfred Pedersen (1870-1959), a leading painter in the British Indian colonies during the early 20th century. Estimated at £3,000-5,000 in the Arts of India auction on June 17, it attracted fierce competition and eventually sold for £23,750. Jind Kaur, popularly known as Rani Jindan, was the youngest wife of Ranjit Singh, the Maharaja of Punjab. Her revolt began when her husband died of a stroke in 1839 and the British tried to wrest the kingdom from Duleep Singh, her infant son and heir. Renowned for her beauty, energy and strength of purpose, Jindan is chiefly remembered for the fear she engendered in the British in India. In a smear campaign, she was derisively labelled the ‘Messalina of the Punjab’, a a salacious seductress too rebellious to be controlled. During her rule as regent, she waged two disastrous wars against the British that led to the annexation of the Punjab. Her life was the subject of the 2009 film Rebel Queen. 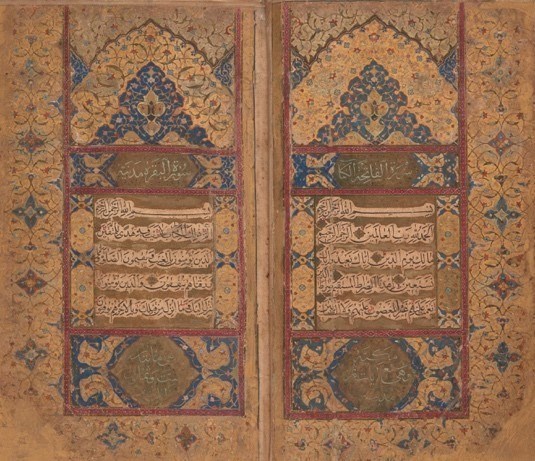 A manuscript of the Qasida al-Burda (Poem of the Mantle) - a celebrated ode to the Prophet Muhammad - sold for £23,750 in the Islamic Art & Manuscripts sale on June 16. The Arabic manuscript was copied and signed by Sadiq bin Yusuf of Sian, China, in 1010AH (1601-02) and contained interlinear translation and copious notes throughout. Online and commission bidders competed before it was eventually won by an international online bidder on thesaleroom.com. 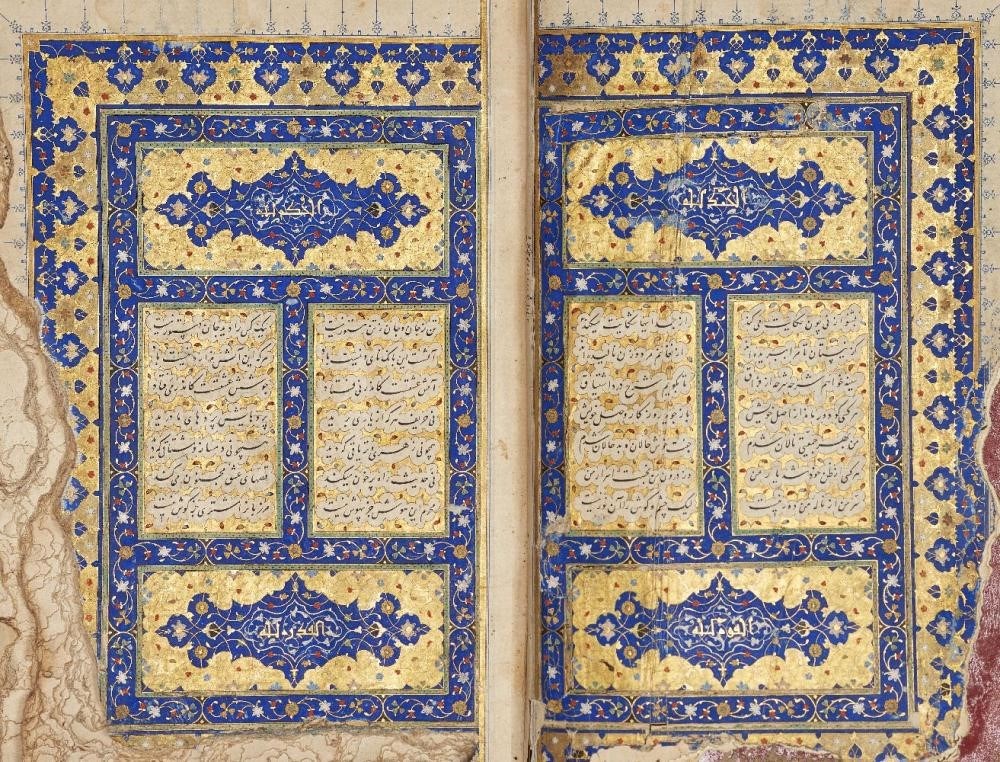 A £18,750 bid secured a fine and rare Timurid copy of Rumi’s Mathnawi Ma'nawi made in Iran in c.1480 and sourced from a private collection in London, making it the fifth highest selling lot from the department of 2020. The polychrome frontispiece was particularly admired, with its rigorous and complex pattern of interlacing split-palmettes, flowering vines and stellar motifs.

If you would like to consign into the next Islamic & Indian Art, you can request a complimentary valuation by filling in this simple form