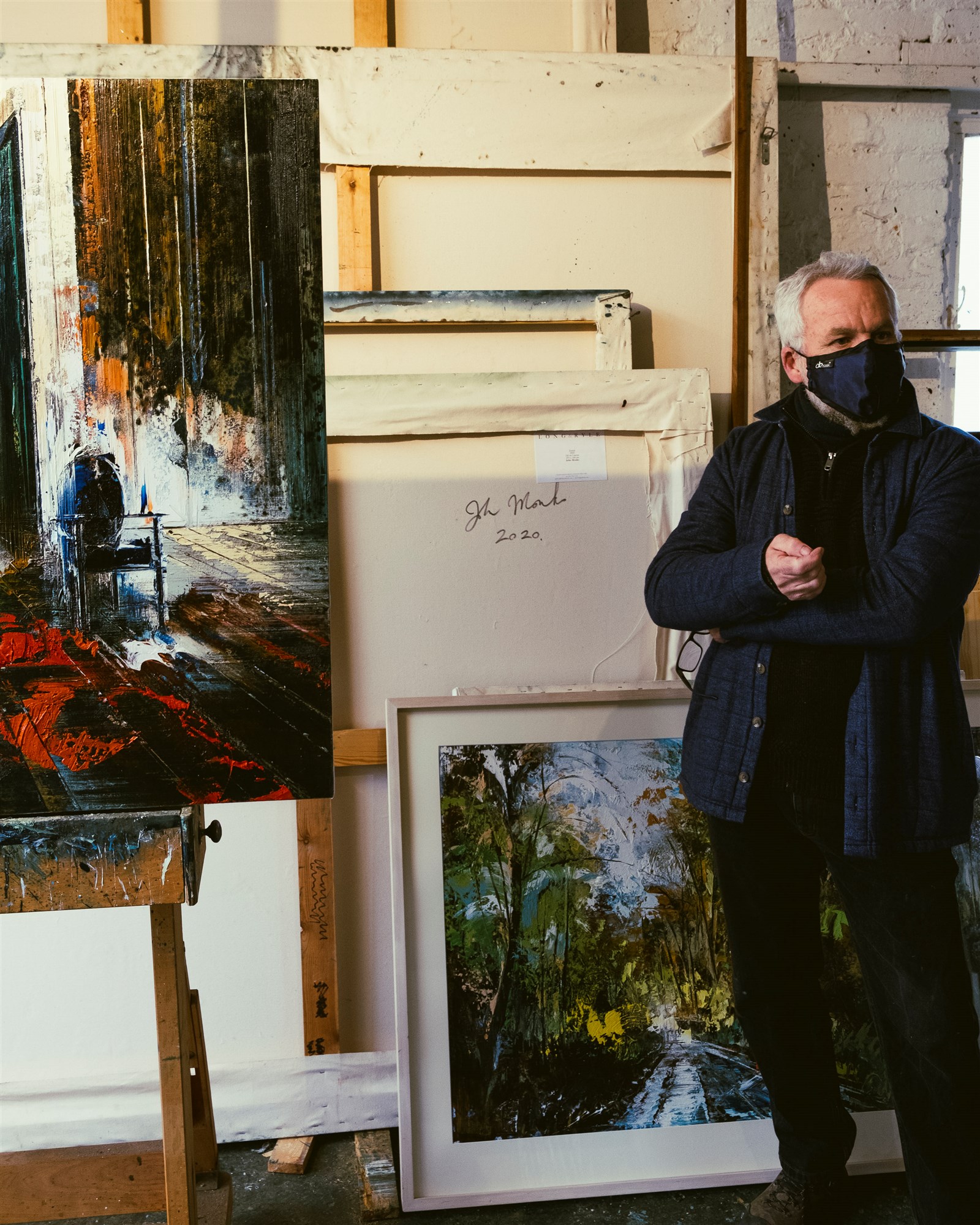 A picture of artist, John Monks


Ahead of the Modern & Contemporary British Art auction that will take place at Roseberys on Tuesday 25 May, we spoke to artist, John Monks.

John Monks studied at Liverpool School of Art and the RCA, 1977 - 80.  He now splits his time between his studio in London and the North of France. Monks is known for his figurative paintings with a subject matter revolving around atmospheric architectural spaces that show the passage of time. Roseberys are delighted to be selling one his works, lot 201, titled Collection, an oil on canvas painted in 2020, in the upcoming Modern & Contemporary British Art auction on Tuesday 25 May. Ahead of the sale, we met John Monks in his studio in Clapham, London, where he has worked for over thirty years, to ask him more about his career to date. 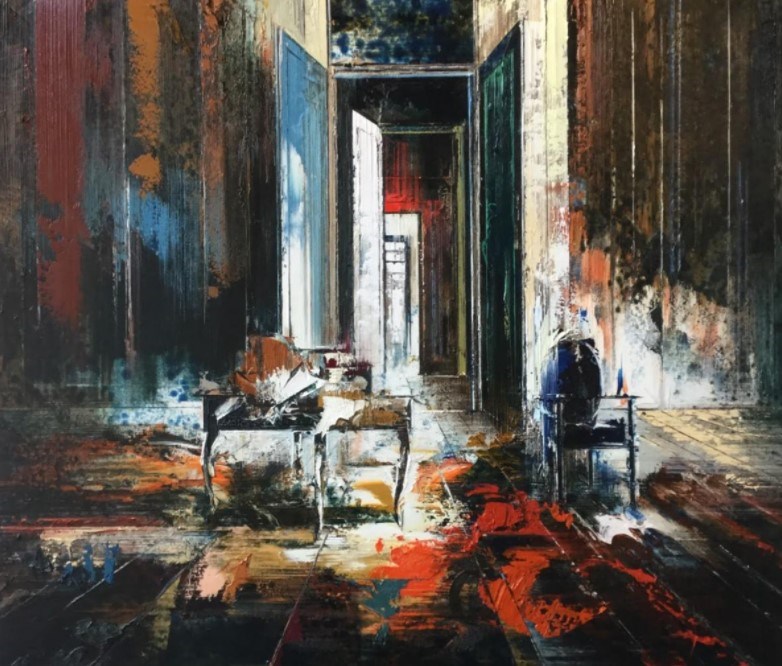 Who are your influences?

When you’re a student you have definite influences, but the older you are, and the more you work, those influences become less dominant. I very much like artists such as Francis Bacon, but I don’t refer to them as directly as I might have done at one time. I now really do my own thing and without realising it, my work started to evolve into its own style over time.

What inspired your subject matter?
As a child I lived in Canada, Vancouver, until I was 7.  When we came to England, I had never seen an old house. Everything in Canada is relatively modern. We went to Blackpool where my family had relatives, and in the area around Blackpool there were a lot of old places. It intrigued me to go into a building which was dark; also seeing things like an open fire compared to everywhere in Canada which had air conditioning. The UK was like the stone age in comparison. It was the mystery and atmosphere that inspired me. But I think in the end there’s a sort of unknown driving force that connects you to things. You just feel a connection towards certain things. I’m interested in the idea of inhabiting the painting, and feeling the atmosphere within it. It doesn’t matter if you don’t know where the places within the paintings are, and I probably wouldn’t tell anybody. It is a collective idea, just little bits coming together. Overall, my paintings are really about feeling and atmosphere. 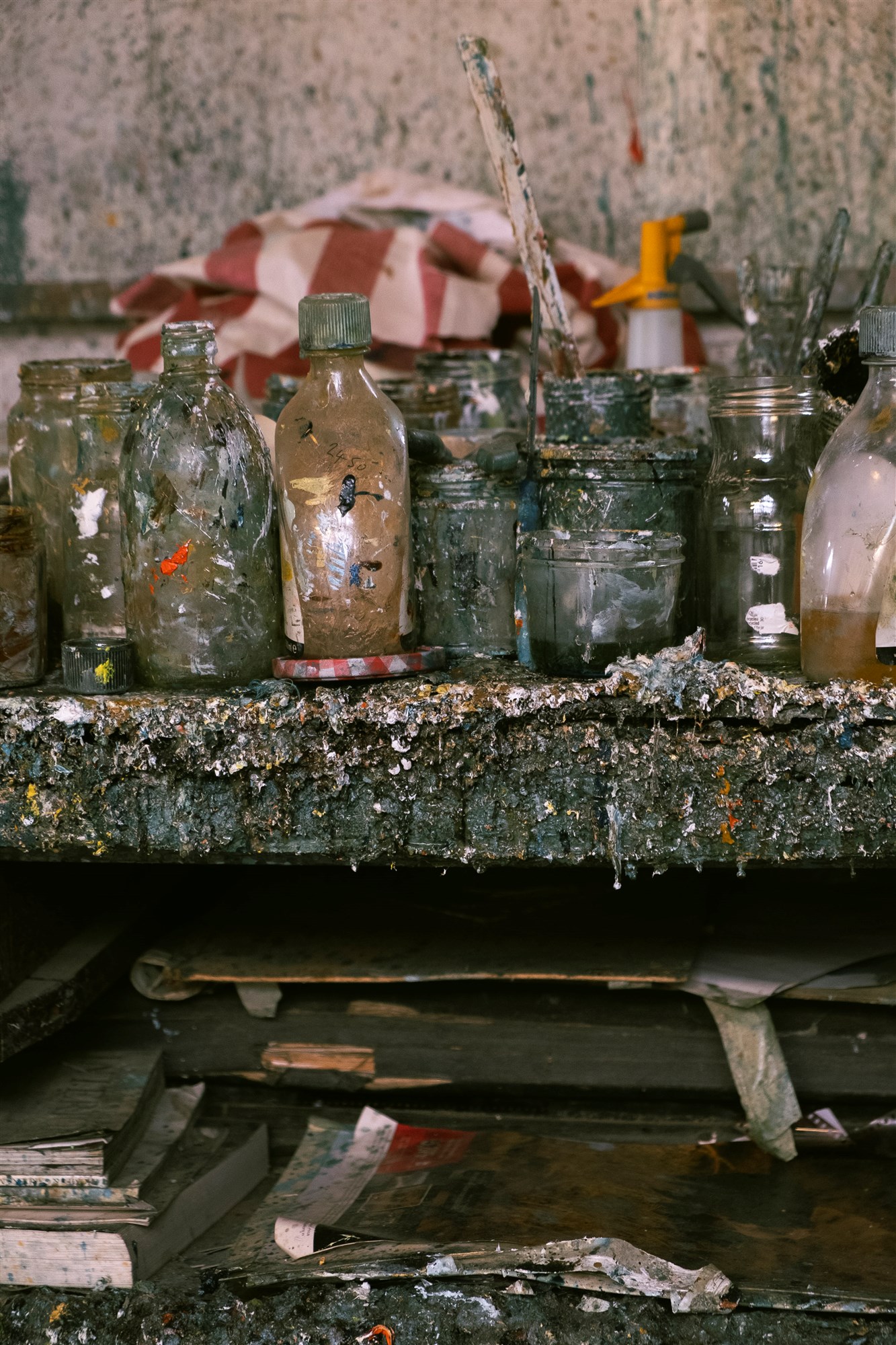 Your paintings that feature interiors are depicted in such a way that they challenge the viewer to look anew at the familiar and the commonplace, can you tell me how you achieve this?
I like this idea that if I’m looking one thing, I can’t quite see other surrounding objects in focus.  So, when people ask about specific areas within my work, it’s not anything in particular, it is something out the corner of your eye. This way I can guide the viewers focus and make people look where I want them to look.

Your painterly process has an atmosphere of life and change within its layered surfaces, can you tell me more about the inspiration behind this technique?

Within my studio in France, during the World War I it was a field hospital for the Australians and in World War II, it was used as a German Commanders house. You wouldn’t know this when you go in, as you can’t see the history immediately, but the surfaces of things are the only evidence you have. Within my artwork I like to mimic this idea, and build up the surfaces within my paintings, and layer things so they have their own history. 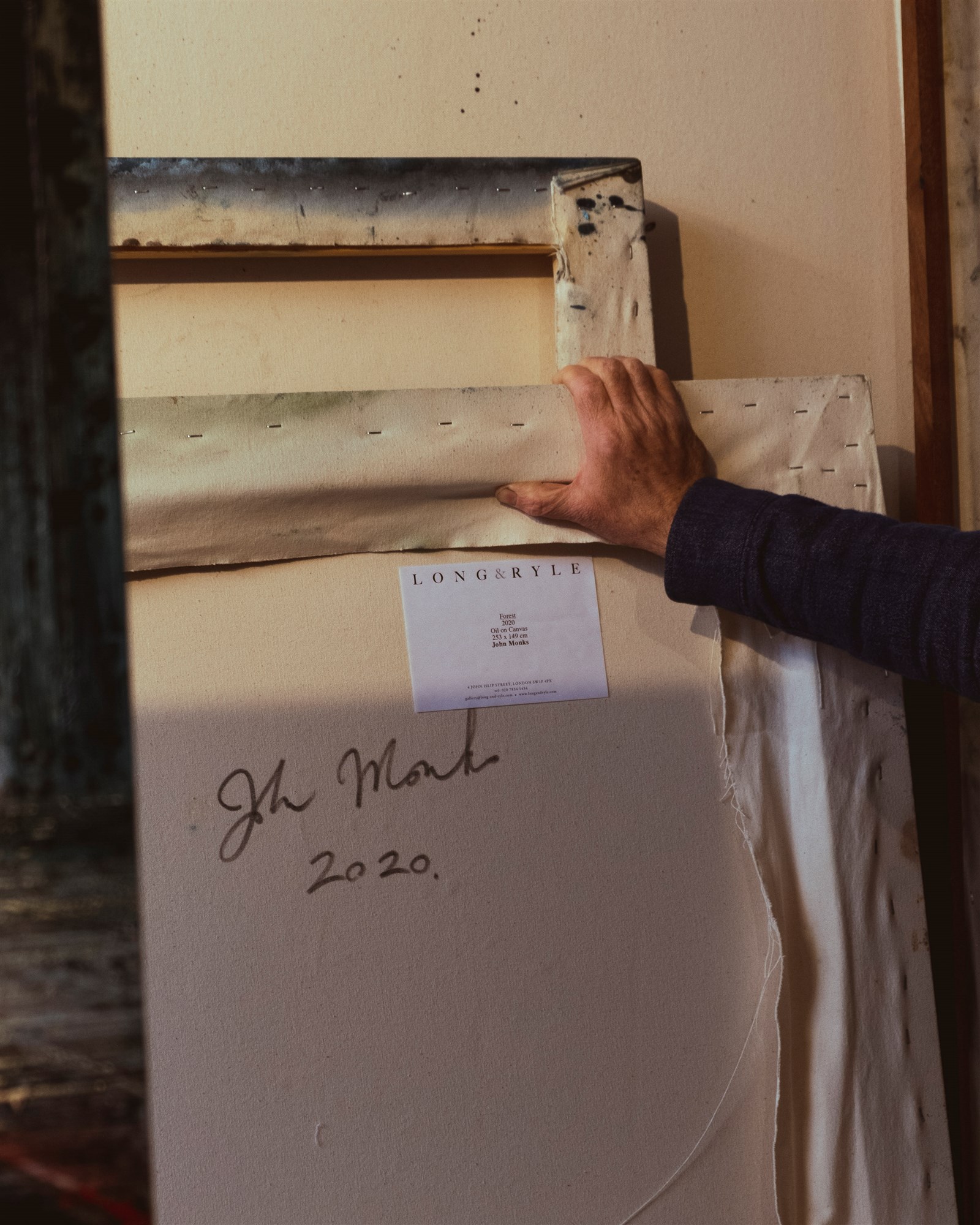 Can you tell me more about your painterly process?
My painting technique now is to throw the paint on the canvas. I then use a glazing medium, which I dilute with turpentine. I add the glaze onto the canvas like a varnish and when it’s lying on the ground, it naturally clings to something as it dries and gives it a slight texture. From there, I build it up in stages and then if you spray it with turpentine it breaks up and dries differently. It’s all done in a physical process, I tend not to use brushes as much. I use a pallet knife. Using this method of creating layers, it makes things in the painting look further away, like all paintings before Impressionism. You get the texture and the depth by doing that. Trying to create elements in the painting that feel like a real place. 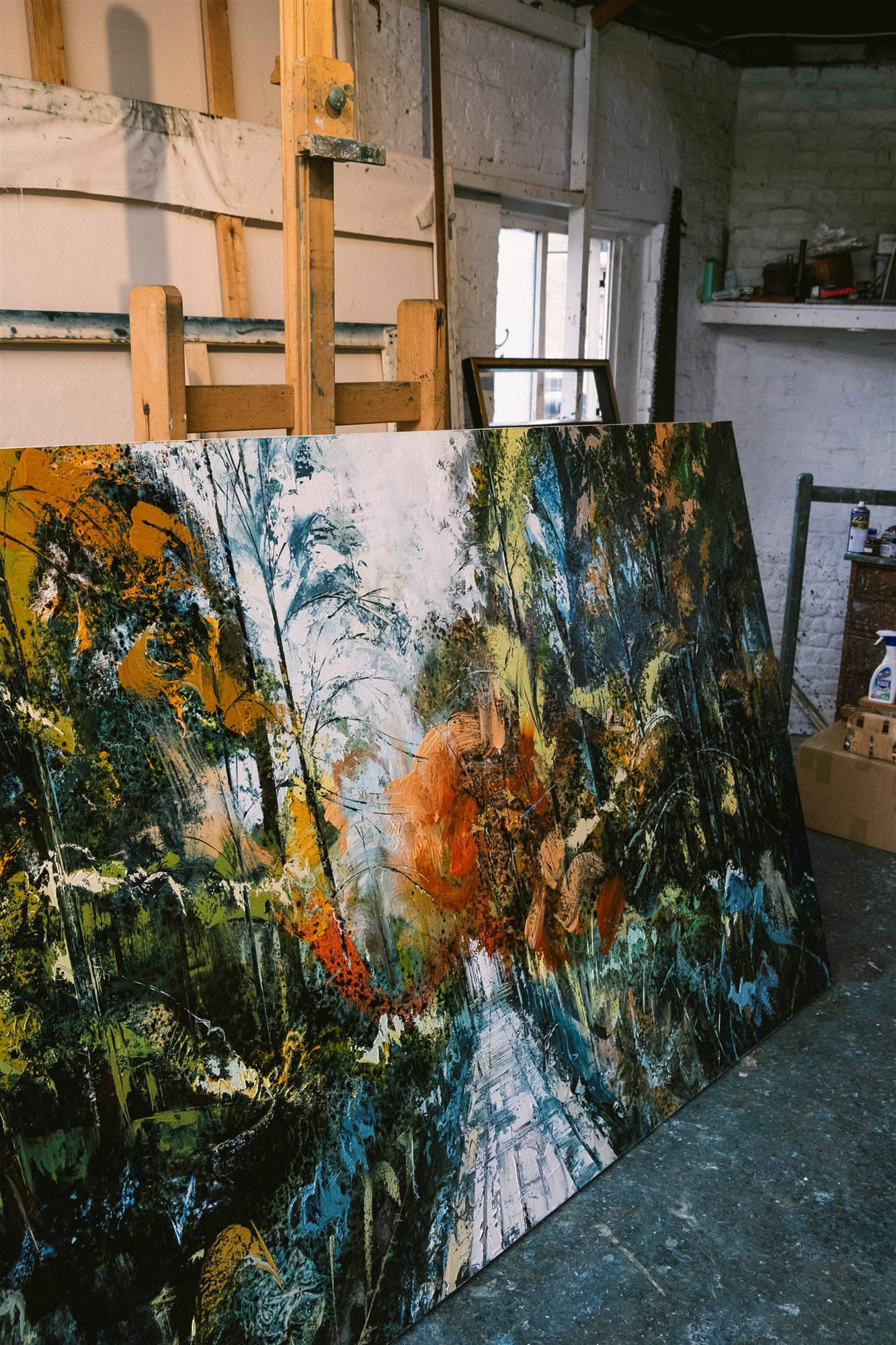 Have you faced any challenges working during the pandemic?
Like everything in the art world, you respond to change, especially this year. It’s an opportunistic situation. I was going to have a gallery show later this year, which might still go ahead. I have done painting all my life its literally all I’ve ever done, so I’ve worked in isolation for a very long time.

What is the journey of an art work?
To create something really good, you have to be in a state of mind you really might not want to be in. You have to psyche yourself up and sometimes you start a painting and think this is terrible. And then you have to take it up a stage and look for a solution in what you’re doing. Its problem solving. What you set out to do and end up doing are often very different things. The best paintings are the ones which nearly failed. The ones you nearly threw away unless they are resolved. You’re trying every time to do the best thing you’ve ever done and once in a while, one will come forward. 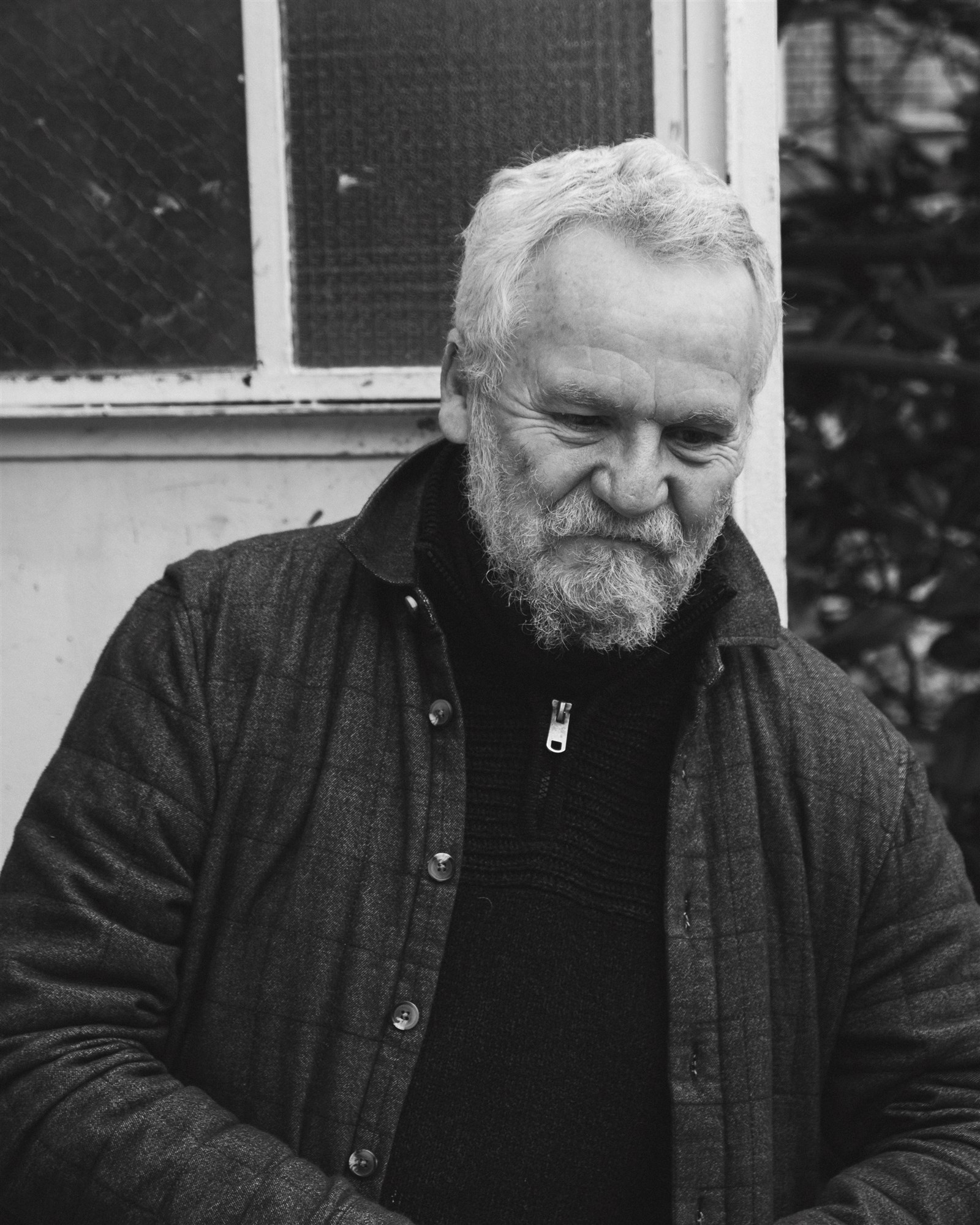 Where can your paintings be found?
My works of art can be found in over twenty countries around the world, so they are quite widely spread. My paintings are in collections, including the Metropolitan Museum in New York, Yale Centre for British Art, The V&A and The Arts Council. I predominately show at Long & Ryle gallery in London now, that’s my main dealer. I also have shown in New York for a number of years at the Peter Findlay Gallery, amongst others. My paintings are in numerous private collections too. Ronnie Woods from the stones has got four of my works. A collector from Cambridge has about fourteen.

You can find out more about the Modern & Contemporary British Art auction, which includes John Monks work here.

Tuesday 25 May, 11am
Viewing by appointment only contact  williamsummerfield@roseberys.co.uk to book a time slot
We will be facilitating time slot appointments of one hour each.
When making your booking please provide a contact telephone number and the number in your party up to a maximum of 2 people.
Viewing Times
Sunday 23rd May 10am – 2pm(1pm last appointment)
Monday 24th May 9.30am – 5pm(4pm last appointment)
Tuesday 25th May 9.30am – 10.30am
Please contact williamsummerfield@roseberys.co.uk for condition reports and further information.