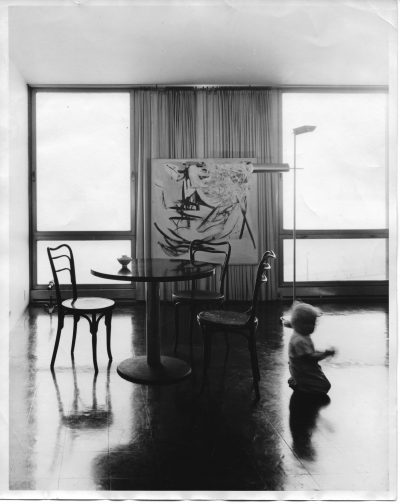 (Interior images taken from the family archive, where the paintings were held)

Roseberys London are delighted to present a collection of four paintings from the artist Hugo Weber. Lots 435-438 have been in the private collection of one family for more than sixty years.

Swiss born artist Hugo Weber was a painter and sculptor born on 4 May, 1918. While attending the University of Basel in 1937 he was apprentice to the sculptor Ernst Suter. He then moved to Paris in 1939 to study painting with Marcel Gimond and later worked with Aristide Maillol and Alberto Giacometti.

Weber had three solo exhibitions with his representing gallery, The Betty Parsons Gallery in New York, in 1953, 1955 and 1959 – where the artist and his work were described by a Times critic at the time as having “vitality and an incessant search for fresh pictorial ideas.” And as “an art of pure self-expression” that Weber is a “virtuoso with the brush and his colour sense is delicately exuberant.”

Weber exhibited in the further exhibitions and group shows especially in the Chicago area. He had solo shows at the Colorado Springs Fine Art Center, Art Institute of Chicago, Chicago Institute of Design, Galerie 16 in Zurich, American University in Beirut, Galerie Hutter in Basel, and Finch College in Manhattan. As well as shows at the Corcoran Gallery, Guggenheim Museum, Pennsylvania Academy of Fine Arts, and Whitney Museum of American Art.

Weber also produced two art films, the first ‘Vision in Flux’ in 1951 and ‘Process Documentation by the Painter” in 1954. The latter was explained by the artist as an attempt to show the developmental aspect and spontaneity of the artist’s continuous search for symbolic meaning.

There are three further untitled abstract compositions (lots 436, 437 and 438) 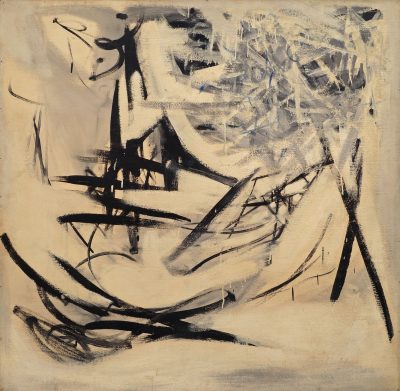 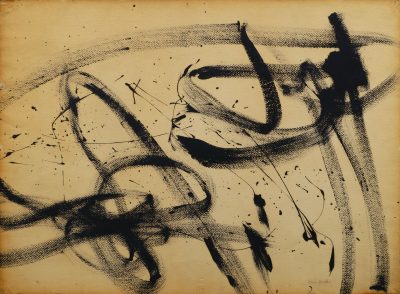 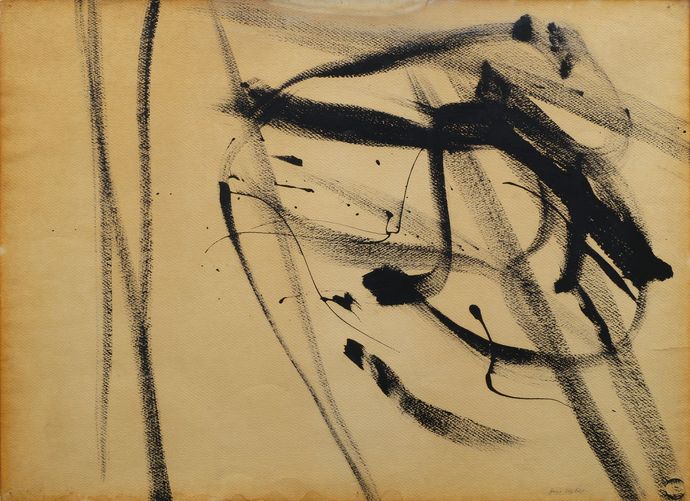