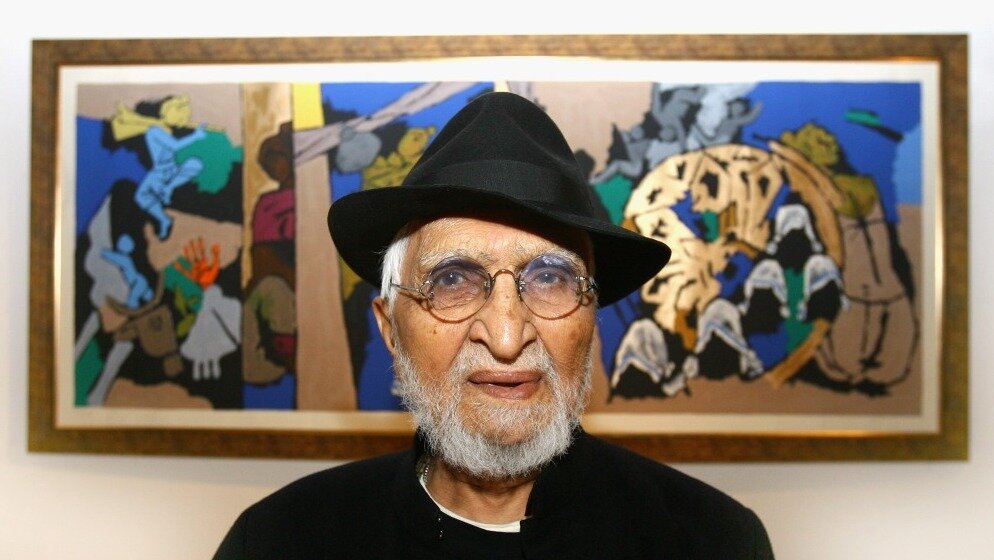 M.F Husain in London in 2007. One of his paintings, which depicts Mother Teresa taking care of children, is in the background. Chris Jackson/Getty Images

Here we get to know the master of modern Indian painting M.F. Husain better.

Born Maqbool Fida Husain on September 17, 1915 in Pandharpuer, India, to a secular Muslim family, M.F.Husain as he is better known today, spent his early years in Indore. In 1935, after a brief stint at the Indore Art College studying calligraphy, he moved to Bombay, now known as Mumbai. Husain began his career painting graphic billboard advertisements for Bollywood movies after attending art school in Mumbai and designing toys. He often travelled to Gujarat to paint landscapes whenever he could afford to travel. 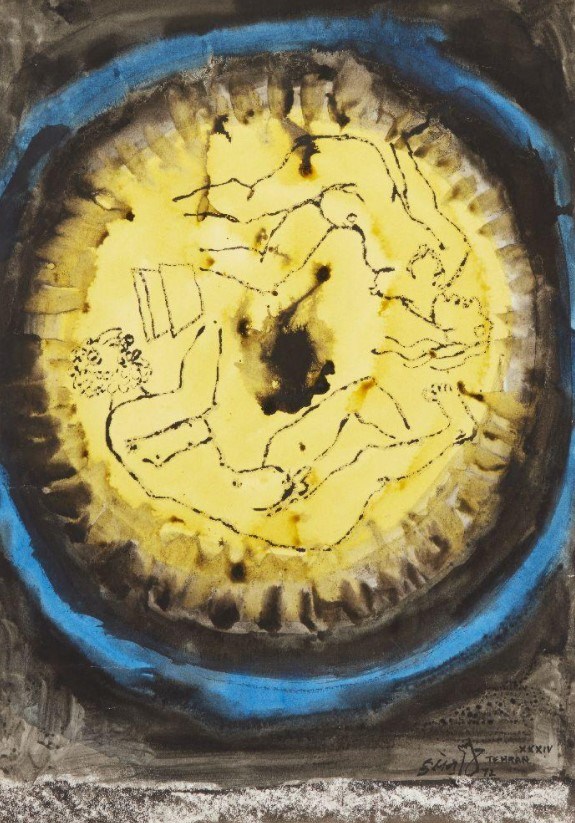 After his first serious body of work was exhibited (1947) by the Bombay Art Society, he was invited to join five other painters in founding the Progressive Artists Group. His early association with the Bombay Progressive Artists' Group used modern technique, and was inspired by the "new" India after the partition of 1947. 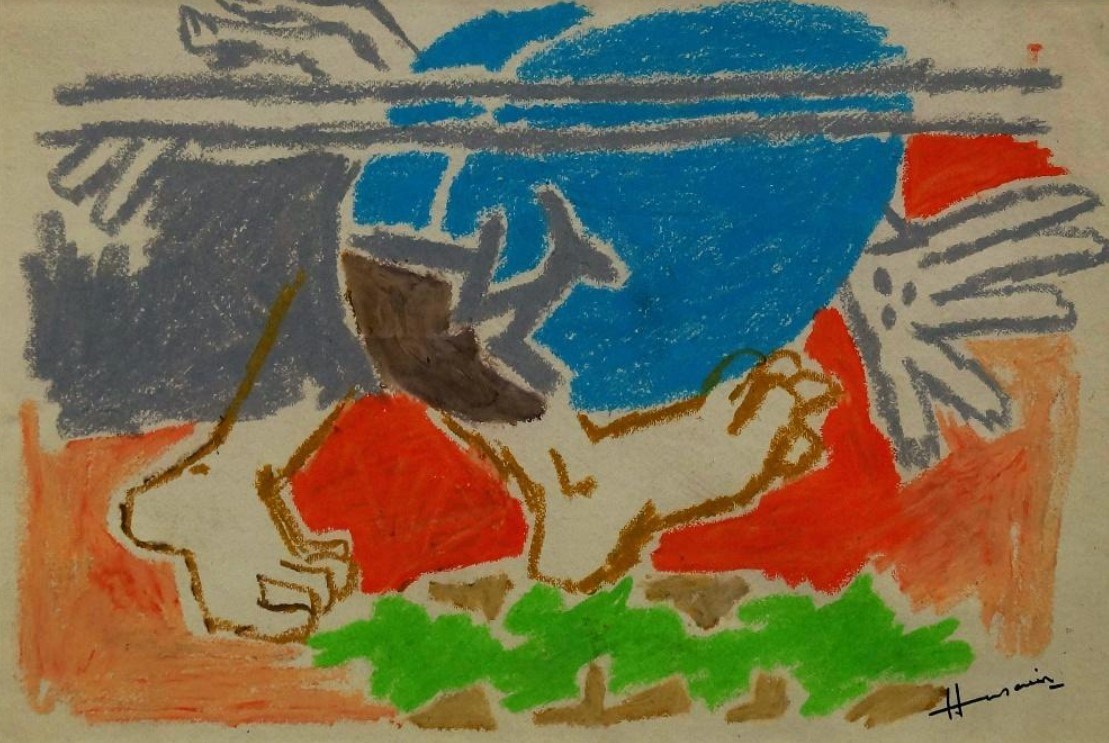 In 1953, Husain went to Europe for the first time where he saw and became inspired by the works of Pablo Picasso, Paul Klee, and Henri Matisse. Alongside his European muses he later went on to become one of the most celebrated and internationally known artists of the 20th century. Husain earned the nickname “Picasso of India,” and was a special invitee along with Pablo Picasso at the Sao Paulo Biennial, Brazil in 1971. Husain’s work embodied topics as diverse as horses, Indian urban and rural life, the Bollywood star Madhuri Dixit, and nude Hindu goddesses. His paintings were executed in bold, vibrantly colours in a modified Cubist style. 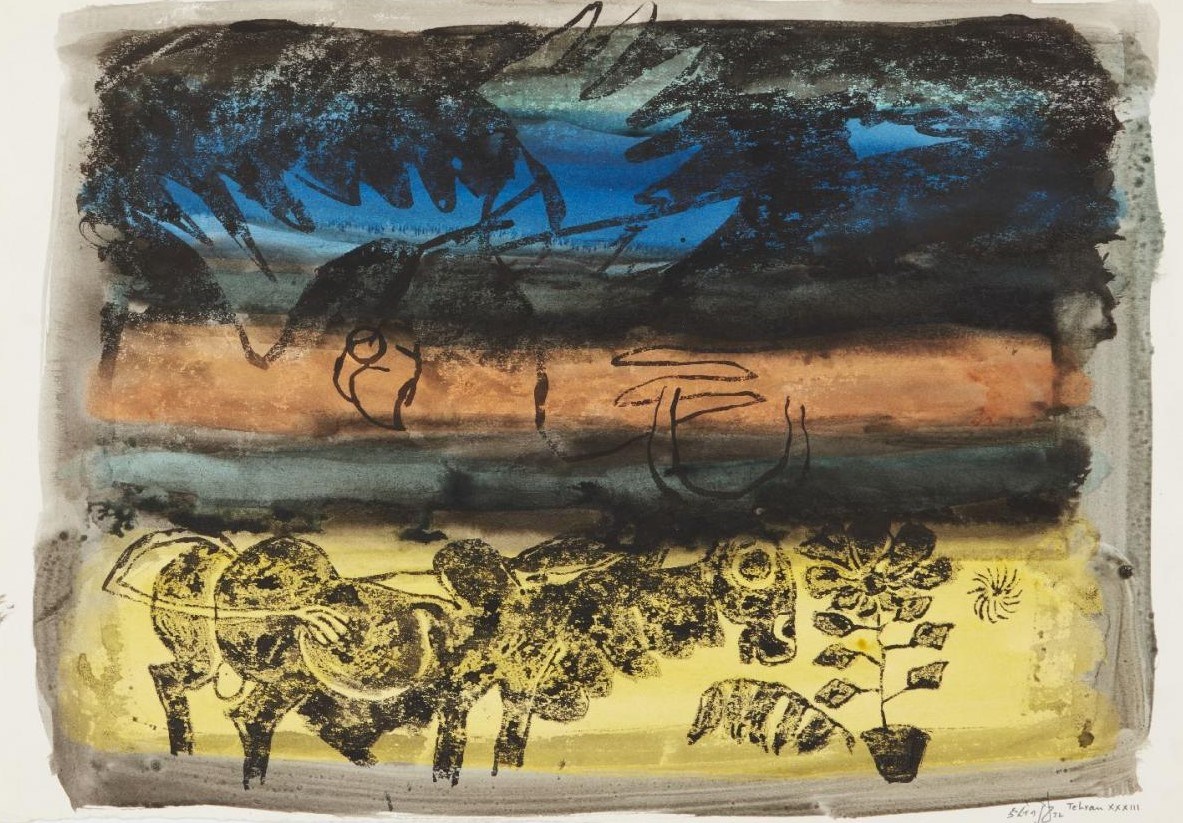 Although he was awarded national honours such as the Padma Bhushan (1973), throughout his career Husain caused criticism for his often-disrespectful treatment of sensitive subject matters, including Hindu goddesses painted as nudes. Although he was raised in a Muslim household, Husain sought freedom to capture the essence of beauty in other religious cultures, for which he received a backlash. His works pushed the limits of censorship in India. “I think you don't do work for controversy alone, and whenever you do new work which people don't understand and they say it is done to create controversy,” he once said. Husain was forced to go into exile in 2006, due to the several lawsuits filed against him by the Indian government for his defamation of Hindu culture. For the remainder of his life he spent much of his time between Qatar and the United Kingdom. When the Museum of Islamic Art opened in 2008 in Doha, Qatar, its collection included the first of 99 specially commissioned paintings by Husain. In 2010 he accepted Qatar’s offer of citizenship. 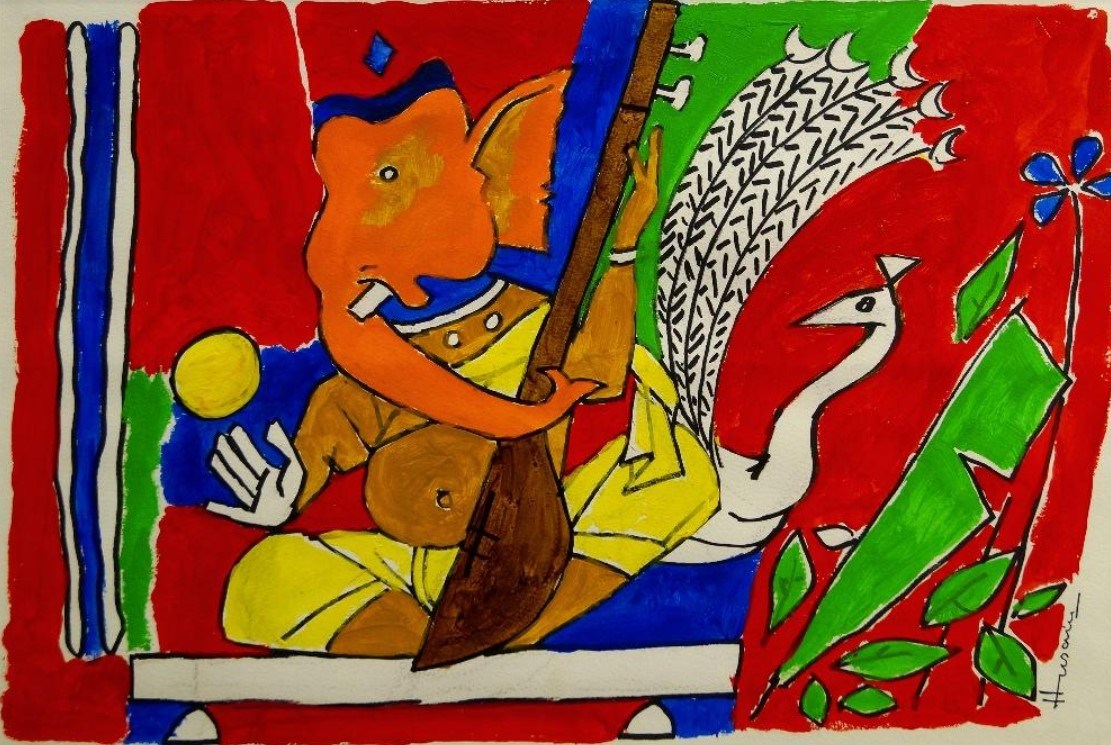 Throughout his career Husain also received recognition as a printmaker, photographer, and filmmaker. His short subject Through the Eyes of a Painter won a Golden Bear in 1967 at the Berlin International Film Festival.

Husain died on June 9, 2011 in London, United Kingdom. Today, his works are in the collections of the Los Angeles County Museum of Art, the National Gallery of Modern Art in Mumbai, and the National Museum of Islamic Art in Doha among others. He was honored abundantly throughout his life. He received honorary doctorates from Benares Hindu University, Jamia Millia Islamia and Mysore University. Between 1986 and 1992, he was a Member of Parliament in India. The Government of India awarded him the prestigious Padma Shri award in 1955, the Padma Bhushan in 1973 and the Padma Vibhushan in 1989. In 1997, he received the Aditya Vikram Birla Kala Shikhar Award for lifetime achievement. 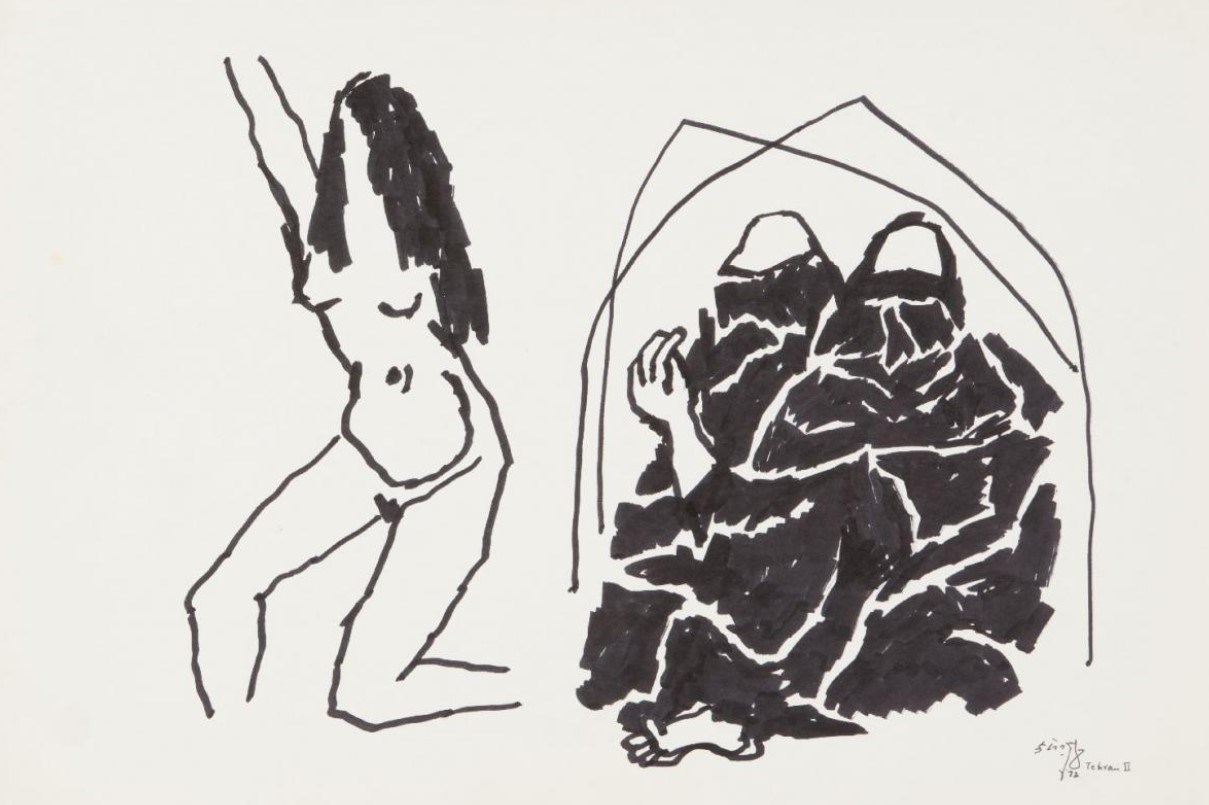 Since his passing Husain has fetched millions for his works at auctions. An auction held at Sotheby's of 11 masterpieces by late Husain fetched a total of $557,500 with one of his paintings Man with Sitar selling for $146,500. At a sale at Christie’s, Sprinkling Horses went under the hammer for $1.14 million, one of the highest amounts ever paid for the late master’s work.

You can view all works up for sale and sold at Roseberys by M.F.Husain here

FIND OUT MORE ABOUT THE ISLAMIC & INDIAN DEPARTMENT

SUBMIT A WORK OF ART BY M.F.HUSAIN FOR VALUATION