Four things to consider when examining an Old Master

Purchasing a painting of value can be a daunting task when there are so many factors to consider. Your initial examination could leave you overwhelmed with what you need to be looking for to make sure this will be a worthwhile investment and establish whether this is the genuine article. Below, Roseberys has provided some useful tips in what to look for when examining an Old Master, 18th or 19th century painting and our specialists are always on hand to talk you through a painting on the phone or during a viewing.

What can the reverse tell you

Usually this will be one of the first things our Specialists will look at when making an assessment of a painting. Is the painting on canvas? Or panel? Or even canvas laid down on board?

There are a variety of surfaces and mediums the artist could have used but is what is in front of you original to when the painting was completed or have later alterations been made? Factors such as the canvas having been relined does not necessarily detract value from the work, but depends on the quality of it. 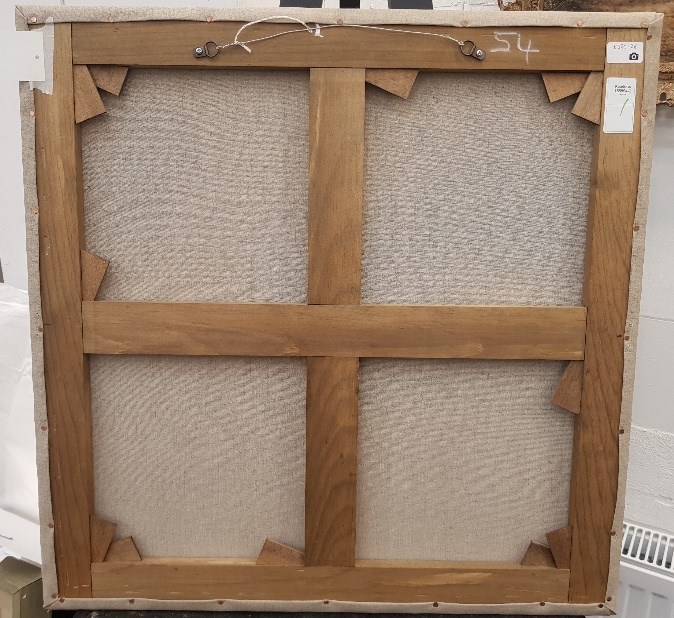 An example of a recent reline with replacement stretcher.

A reline is when a new layer of canvas is attached to the underside of the painting to provide additional support to the aging and perhaps fragile original work, it was a very common practice and can be found on a lot of older oil on canvas paintings. Some methods over the last 100 years have sometimes created more damage than solving it; during the mid-20th Century some processes involved the new lining being glued and ironed under intense heat to the reverse of the original canvas often causing the loss of definition in the impasto of the brushstrokes. Today, relines often take a less intrusive approach and are only undertaken if necessary and are solely there to preserve the original state of the canvas and painting.

Again, the reverse of the painting could tell you a lot about its history Usually you are hoping that a label from an old, respected gallery or exhibition is still attached somewhere which will provide further support for the attribution and date - so never remove these!

It may also be possible that the painting may have already gone through auction before, so old stencil marks or chalk letters and numbers to the reverse of the painting or stretcher could lead you to rediscovering the paintings’ past. UK auction catalogues can be found at various libraries including the National Art Library (Victoria & Albert Museum), Heinz Archive Library (National Portrait Gallery) and The Witt Library (The Courtauld Institute).

Old chalk marks to the reverse show the painting has been through auction before.

Caution must also be taken when later inscriptions have been added to the work – misinformation could confuse the provenance of the piece. However, in many instances this is not the case and inscriptions made by the artist or previous owners could contribute to the value of the painting.

An added bonus is if the work comes with a certificate of authenticity. 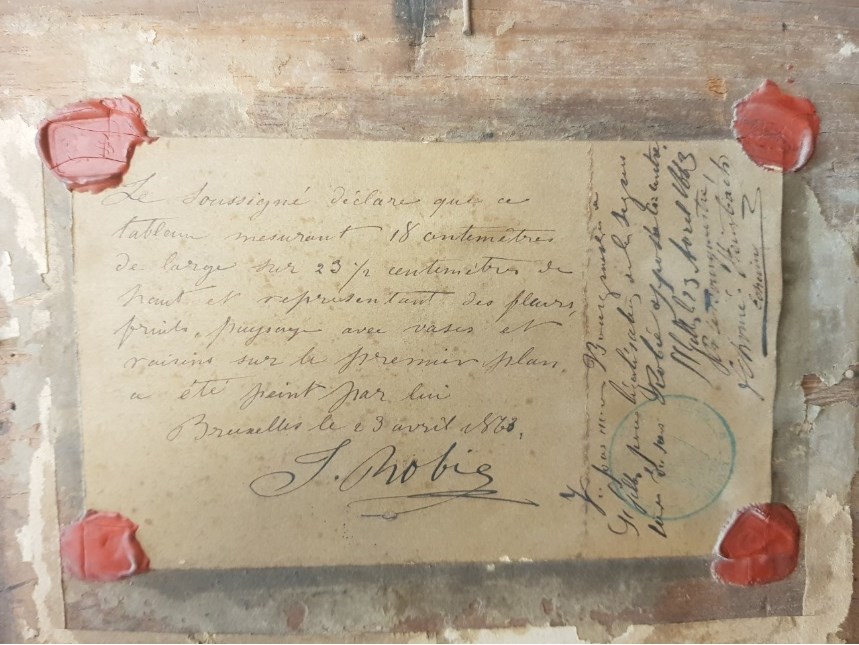 Here the artist has attached and sealed a letter to the reverse stating what the work depicts and who he has gifted it to. 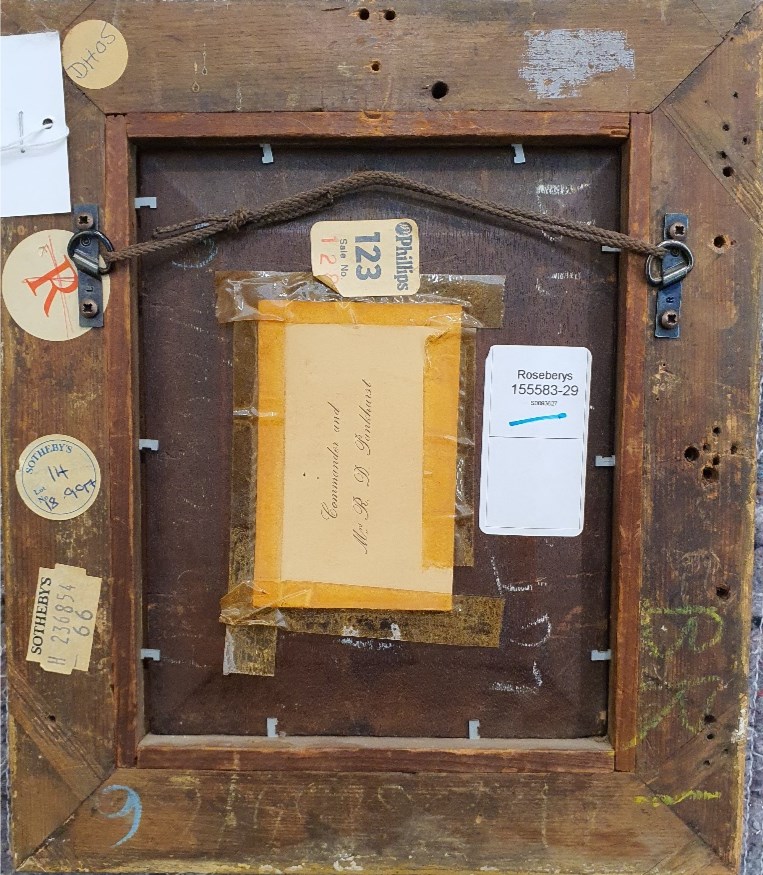 Labels attached to the reverse indicate the provenance which will need to be checked.

The condition of the painting itself

Particularly with older paintings the condition of the work is an important consideration when purchasing. Our Specialists provide in depth condition reports on all our paintings including a look at the reverse and the paint surface itself and under UV light.

Areas of a work which feature impasto can develop ‘craquelure’, visible as a network of fine cracks. Craquelure is again not necessarily a negative, and is usually expected of a painting with age. It could also help reaffirm the age of the painting, and highlight areas where there has been recent retouching (where there is no craquelure). If this is difficult to observe we would also look at the painting under UV light, which would highlight any areas of retouching or restoration. These areas would be very obvious and again is not necessarily a bad factor if they have been completed to a high standard. The retouching may show that in the past the work has been considered to be of high enough importance and value to have had restoration work.

Will the painting need further restoration?

As previously stated, restoration is not always a bad thing and is usually inherent with older paintings. However, will the amount of money you invest in restoring your recently bought Old Master painting be worth it?

The important thing to remember is to interfere as little as possible and only where absolutely necessary to preserve the original state of the painting – because preservation of these works is the priority.  If it is obvious the painting needs restoration work then have it done to a high standard, as it will not only sit perfectly preserved on your wall, but in years to come be an even more attractive purchase for a potential future buyer.

FIND OUT MORE ABOUT THE OLD MASTER DEPARTMENT