This year the Fine & Decorative department hosted two auctions, which included works of art, furniture, silver, ceramics, scupture, clocks and glass. The postponed auction at the beginning of the calendar year gave the sale a unique selling advantage. The Chairman of Roseberys, Ian Cadzow commented: Although at first the idea of a postponement seemed unnerving, it turned out to give the sale a unique advantage. With the extended period of the sale being online, it benefited from increased levels of interest. The shortage of auction material and supply in the UK also played a part in the sales success too. In addition, the live only format, not allowing bidders to bid in the room, ran smoothly too, with bids being placed online and, on the phone, instead. Overall, the sale took over six hours to get through 457 lots, 82% of which were sold.

1. A carved oak court cupboard of diminutive proportions, incorporating 17th Century elements, sold for £11,250 in the Fine & Decorative auction on the 5th June at Roseberys 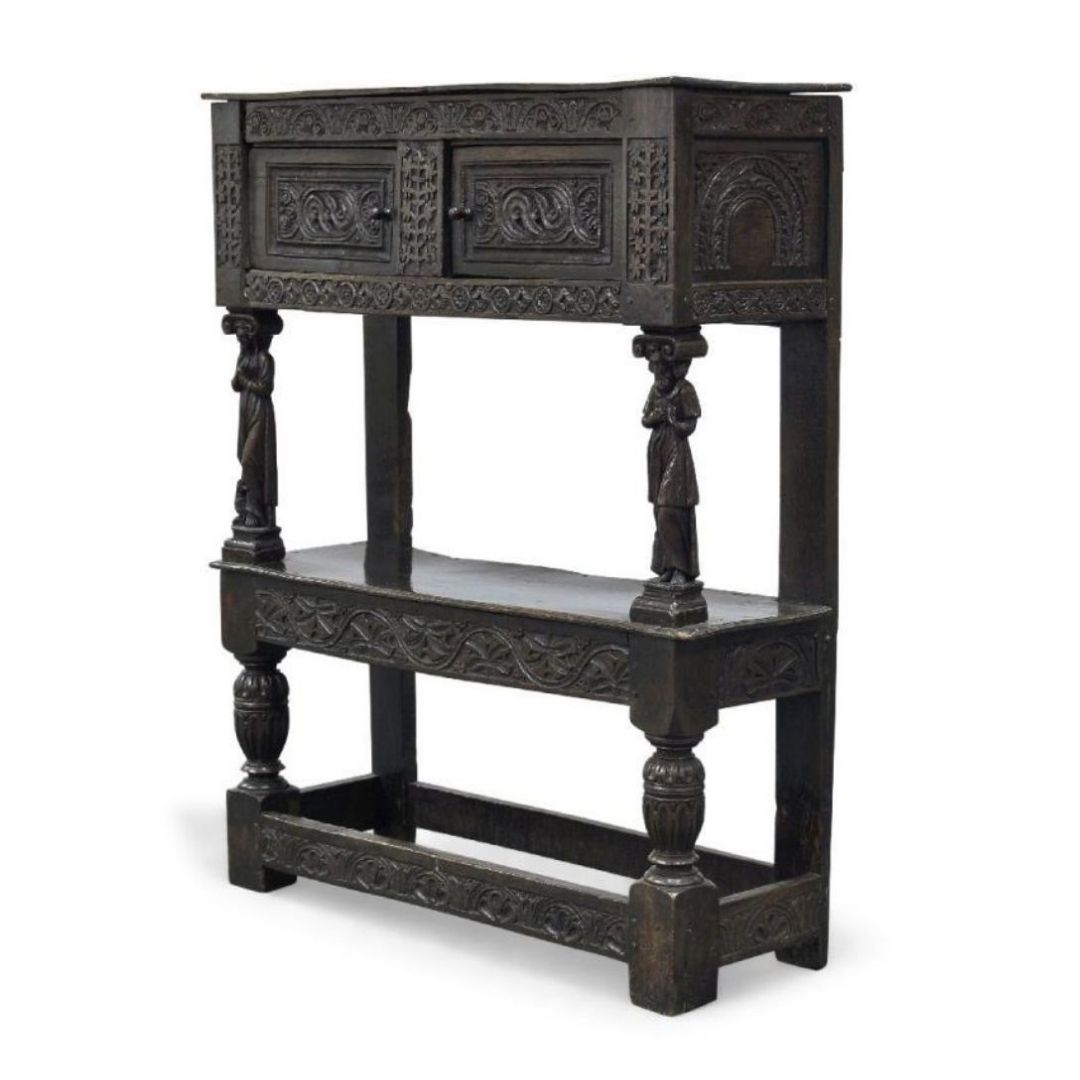 The best-selling item from the Fine & Decorative items was this carved oak court cupboard of diminutive proportions, incorporating 17th Century elements, with an upper section with two cupboard doors, richly carved with lunette and foliate decoration, on figural supports, to under tier, raised on front cup and cover legs. Estimated to make £2,000 - £3,000, this cupboard out beat its top estimate to make £11,250.

The garden furniture produced a series of outstanding results during the auction on the 5th June. This included lot 437 a Regency bench, that made £3,500. It was originally estimated to sell for £300 - £600. Lot 442, a large carved sandstone herm of Pan created in the 18th to19th century sold for £4,500. The herm of Pan depicted laughing merrily with pipes and a rustic branch below was originally estimated to sell for £800 - £1,200. Lot 441, a green patinated bronze armillary sphere made £8,750. The outdoor sphere parts late 19th/ 20th century, mounted on a Portland stone column was originally estimated to make £1,200 - £1,800. The ultimate highlight from the whole sale was Lot 440 pictured above. The marble well from the 19th century sold for a staggering £10,000. Making more than £7000 over its top estimate price, making it the second highest valued lot within the Fine & Decorative department this year.

3. A Russian cut glass dish raised on a silver stand, by Faberge sold for £9,375 in the Fine & Decorative auction on the 5th June at Roseberys 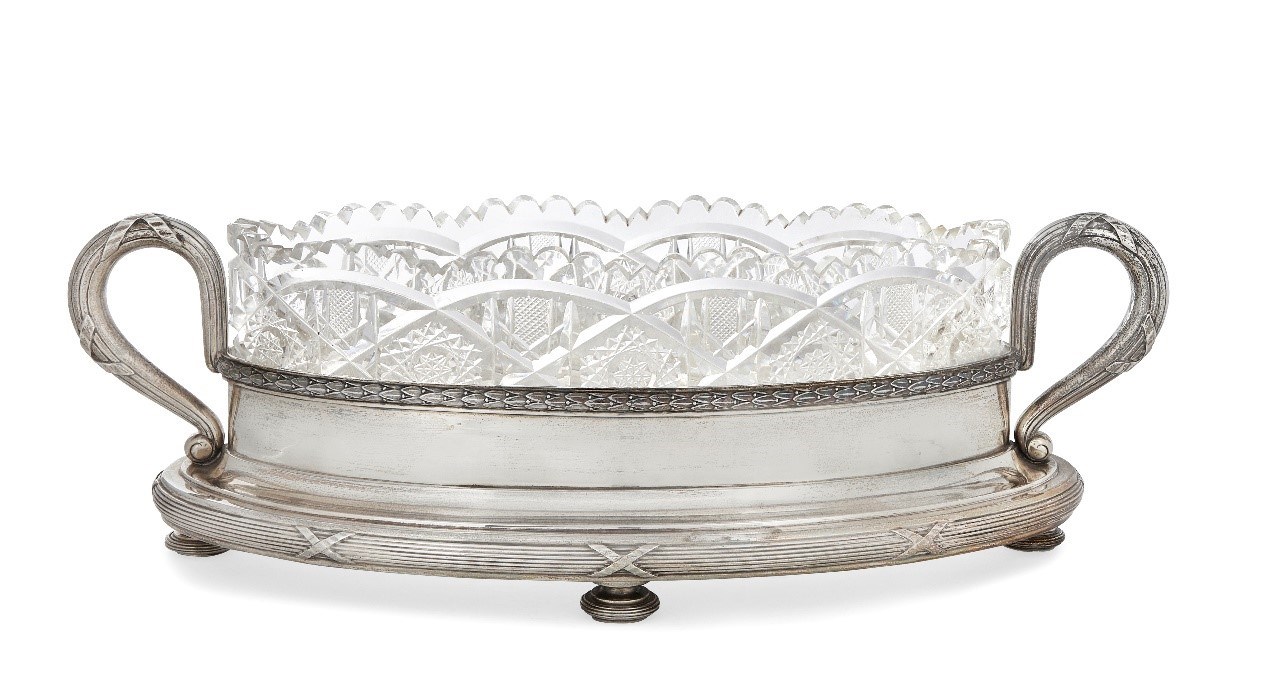 A Russian cut glass dish raised on a silver stand, by Faberge made over £4,000 its top estimate in the June Fine & Decorative auction. The navette-shaped cut glass dish, with scalloped edges and sides is decorated delicately with stars. The dish is fitted to a twin-handled silver stand raised on four knopped circular feet. The handles and base is decorated with a reed and cross-ribbon pattern and the upper rim is designed to resemble a band of laurel.

4. A Louis Vuitton suitcase sold for £9,375 in the Fine & Decorative auction on the 25th November at Roseberys 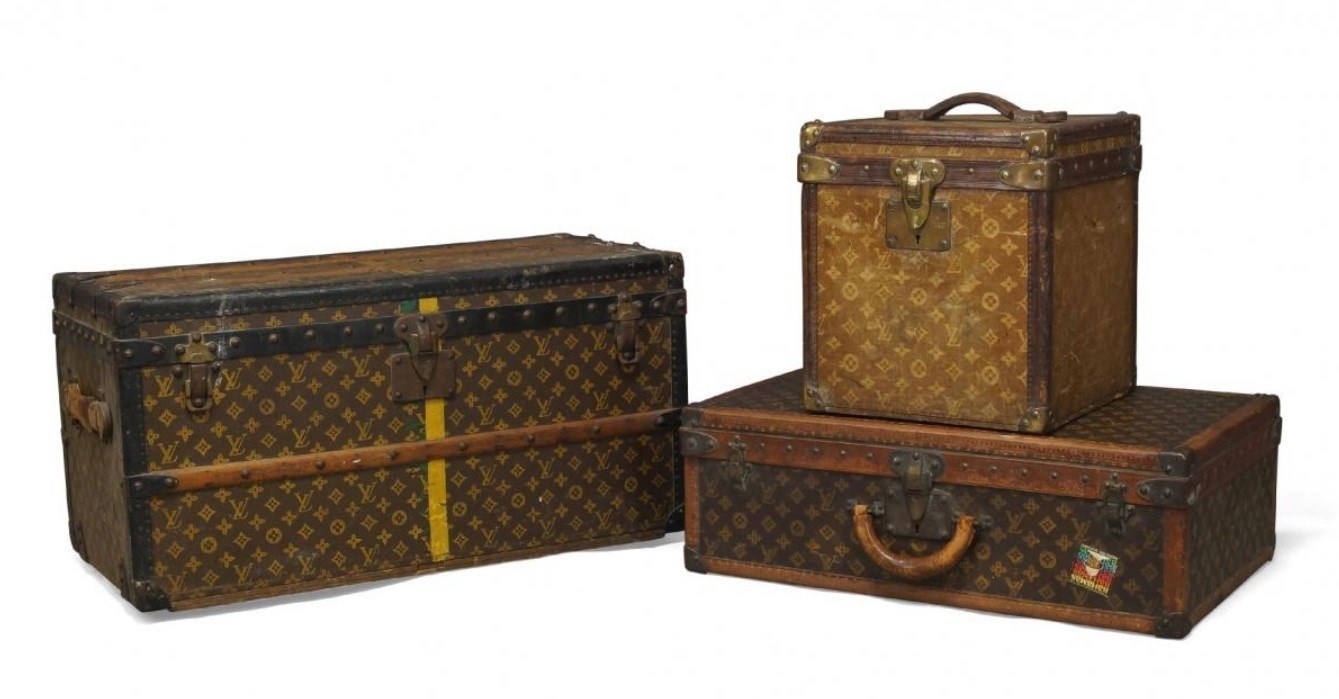 Leading the November sale was lot 321, a Louis Vuitton suitcase together with a small trunk, both covered in LV monogrammed fabric, bound in leather and brass. Also included inside the small trunk were three riding hats, a pith helmet and a Louis Vuitton monogram canvas hat box. Estimated to make £1000-1500, the items went on to make £9,375 at auction. The luxury brand always attracts interest within the Fine & Decorative auctions due to the quality of the products and the prestige of the name. This group lot especially attracted a huge amount of pre-sale interest due to its good condition and classical design. 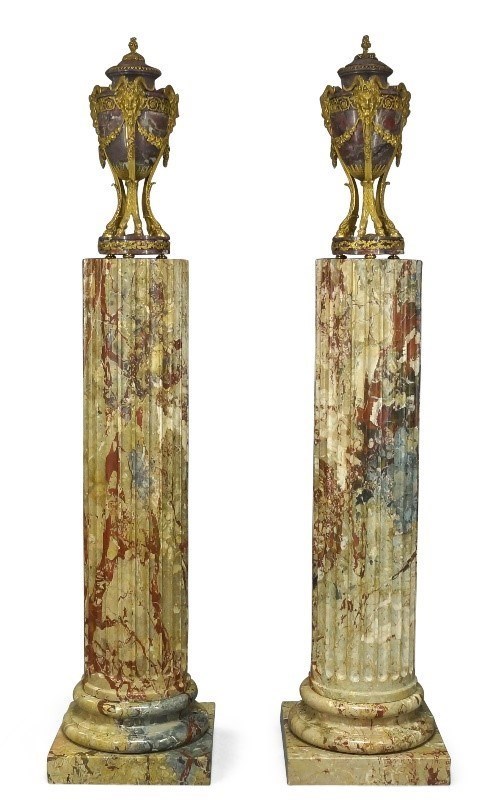 A pair of 19th century Louis XVI style gilt-bronze mounted breccia violette marble urns was another eye-catching highlight from the November sale. The pair of urns that came together with variegated fluted marble pedestal columns showcased the best of 19th century craftsmanship. This stylish lot that will make an eye-catching focal point to its new interior made £7,500.

If you would like to consign into the next Fine & Decorative auction, you can request a complimentary valuation by filling in this simple form