Roseberys were proud to present the first Impressionist, Modern, Post War & Contemporary Art auction of the year. This sale was the first auction to be split into two, with the Impressionist & Modern Art sale in the morning, and the Post War & Contemporary Art in the afternoon, on the 26 May. The majority of the works were sold to people outside of the UK, with many works returning to their former home countries. Within the Impressionist & Modern Art auction, sculptures did particularly well, especially two by Nigerian artist, Benedict Chukwukadibia Enwonwu MBE, that both exceeded their pre-sale estimates. The Impressionist Art was the most profitable sub-category of the day, making just over £230,000. A trending theme amongst the Impressionist section of the sale was artworks sold by female artists, which included outstanding prices for Tamara de Lempicka, Sonia Delaunay and Natalie Gontcharova, in particular. This showcases the growing trend for buying works by female artists at auction.

Tess O’Brien Head of Sale comments ‘We were delighted of the success of dividing this sale for the first time.  We found during the Impressionist & Modern Art auction, lower value French pieces went extremely well, in some cases even making records for the artists.  For example, our André Planson priced at £500-800, sold for £1,300, and a piece by Charley Garry, a relatively unknown artist, priced at £100-£150, sold for £1,500.’ 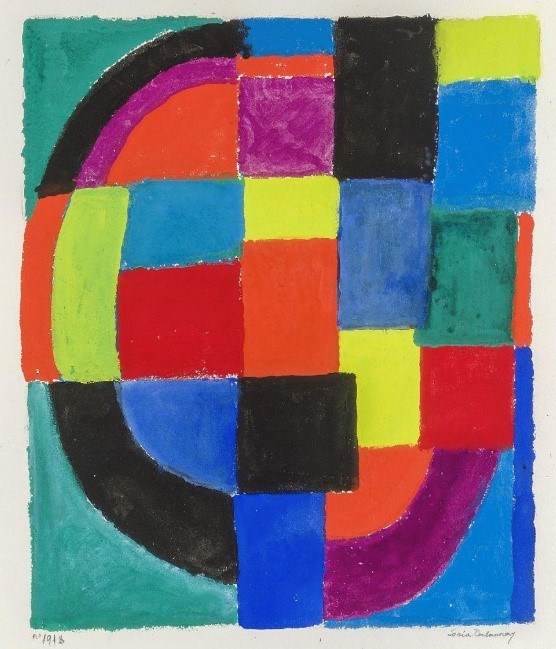 
Leading the highlights within the Impressionist and Modern sale was a work by Sonia Delaunay, a multi-disciplinary abstract artist and key figure in the Parisian avant-garde. Titled ‘Le Guépard’, created in 1972, this work is no.1918 in the artist's archive and is a preparatory design for the lithograph 'Le Guépard'. This piece, through its depiction of an assemblage of bold geometric shapes in bright, contrasting colours, exemplifies Delaunay’s signature style. Delaunay also produced art across a range of media, focusing particularly on paint and print, and featured this piece, as a gouache design for a lithograph, which neatly encapsulates this aspect of the artist’s work. The influence of a number of key artistic movements, to which Delaunay was exposed, whilst living in Paris at the beginning of the twentieth century, can all be found featured in this work sold at Roseberys. It came as no surprise that this lot sold well, after a remarkable amount of pre-sale interest. Competing against multiple eager phone and internet bidders on the day of sale, the artwork made the price of £55,000. The gouache artwork sold to a phone bidder located in Paris, the artworks original home, close to 50 years after its creation during the Parisian avant-garde period. 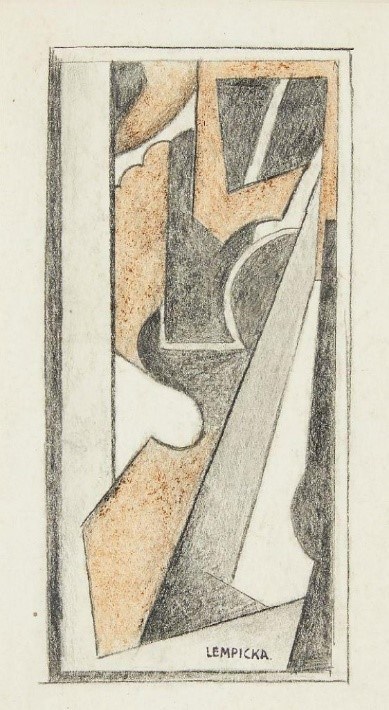 Entered onto the market at £3,000 - £4,000 was a graphite and wax crayon on paper by Polish artist Tamara de Lempicka, titled ‘Composition Abstraite’. Tamara de Lempick was a central figure in the Art Deco movement, which developed in the early twentieth century. Lempicka lived and worked in Paris in the 1920s and was therefore connected with the many artistic developments which were taking place in the city. Works such as this piece that sold at Roseberys, in particular, illustrate the strong influence of the Cubism on Lempicka’s style, through its depiction of abstract forms with clean lines and sharp angles. This artwork fought off serious competition on the day, competing against multiple phone bidders located around the world, finally realising a price of £16,250, going to a RoseberysLive buyer located in Amsterdam. 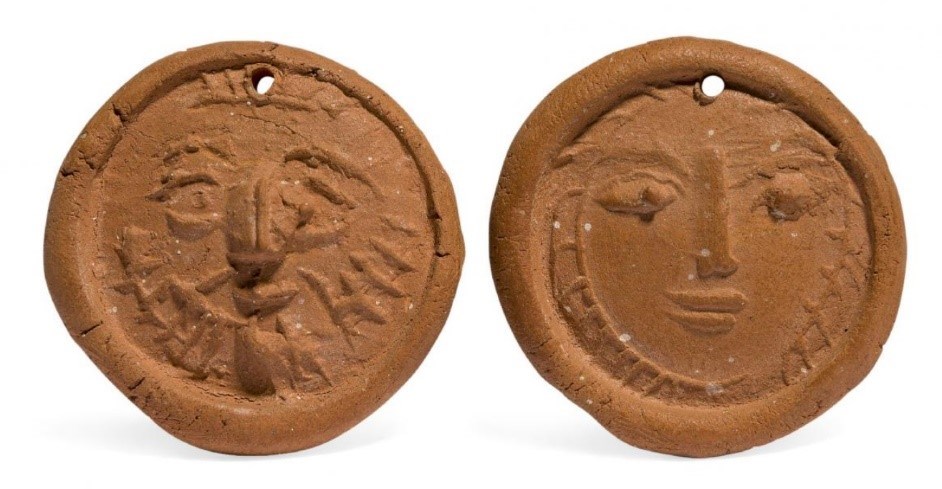 Two medallions, by the celebrated Spanish artist Pablo Picasso, titled ‘Homme Barbu & Visage’, circa 1949; each stamped Madoura Empreinte Originale de Picasso on the reverse, equally measuring in diameter 4cm, came with a respectable provenance, Madoura Pottery, Vallauris, where acquired by a Private Collection, London. The celebrated artist, condition, design and provenance were all contributors to the final price of the works popularity on the day.  Against an estimate of £1,500 - £2,500, the medallions made £6,000, selling to a RoseberysLive bidder also located in Amsterdam. 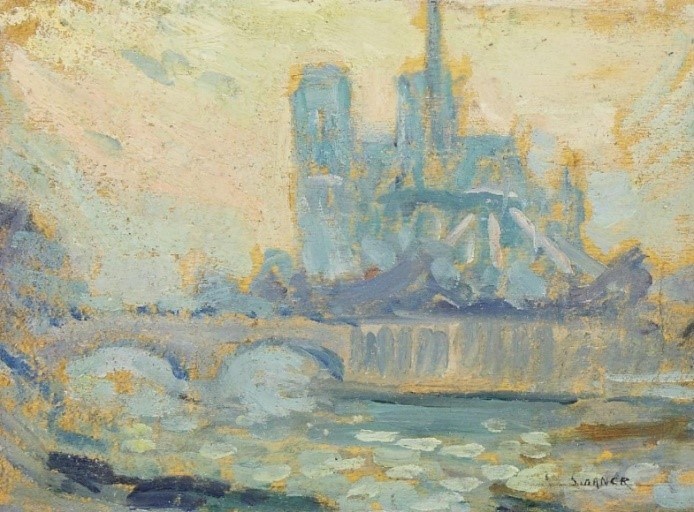 An oil on board, painted in 1909, depicting the Notre Dame, by French artist Henri le Sidaner, (1862-1939) that will be included in the forthcoming supplement to the Le Sidaner Catalogue raisonné, made the price of £8,125, selling to a telephone bidder in Jerusalem. This work is a classic example of Le Sidaner’s instantly recognisable style, whilst also demonstrating the range of artistic movements which influenced his work. Le Sidaner’s technique, which is exhibited so strikingly in this piece, also reveals the influence of Impressionism and Pointillism on his artistic approach. His confident application of bold, unblended brushstrokes and his embrace of painting en plein air displays the influence of Georges Seurat and Édouard Manet, among others, on his practice.

The second sale of the day, Post War & Contemporary Art, starting at 2pm, had a trending theme of work by African artists making high results, in particular two sculptures by Nigerian/ British artist Benedict Chukwukadibia Enwonwu MBE. Firstly, the Untitled; ebony sculpture made £20,000 against an estimate of £7,000 - £9,000

Followed swiftly after was the ebony sculpture titled Female Form I; which made £17,500 against an estimate of £6,000 - £8,000. The sculptures sold within the Post War & Contemporary Art auction at Roseberys are a wonderful example of Enwonwu’s style, focusing on the exploration and representation of the human body. Through his carving, Enwonwu masterfully emphasises the qualities of the wood, to create smooth and sinuous abstract forms which exude a sense of motion and grace. Both sculptures returned to their home turf of Lagos, Nigeria secured by telephone bid, battling against other numerous phone and internet bidders on the day. 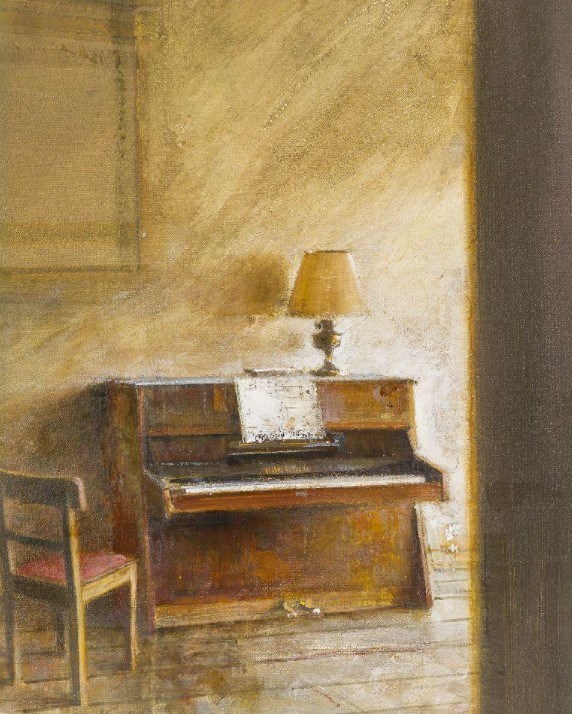 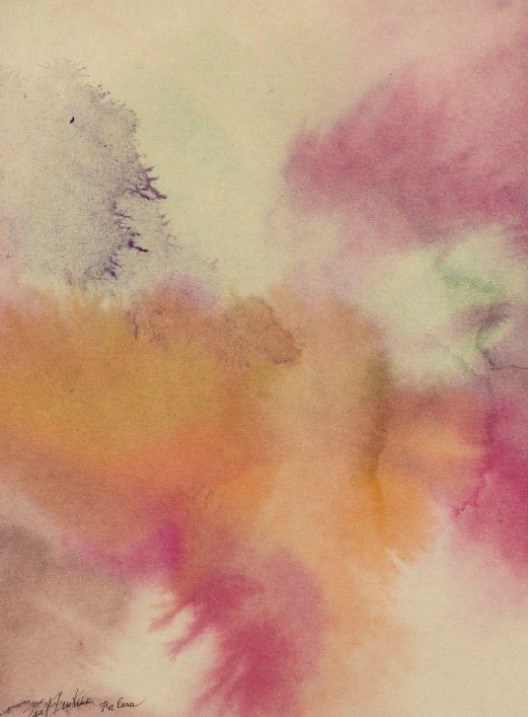 Being entered into the sale with an estimate of £800 - £1,200, this watercolour by American artist Paul Jenkins, signed and inscribed ‘For Lara’ sold for £1,500 to an online bidder in China. This is a great price for the American abstract expressionist painter Paul Jenkins, who was a student of the artist Yasuo Kuniyoshi. Jenkins’s work, inspired by artists such as Jackson Pollock and his close friend Mark Rothko, can be firmly located in the abstract impressionist movement which shaped subsequent American art. 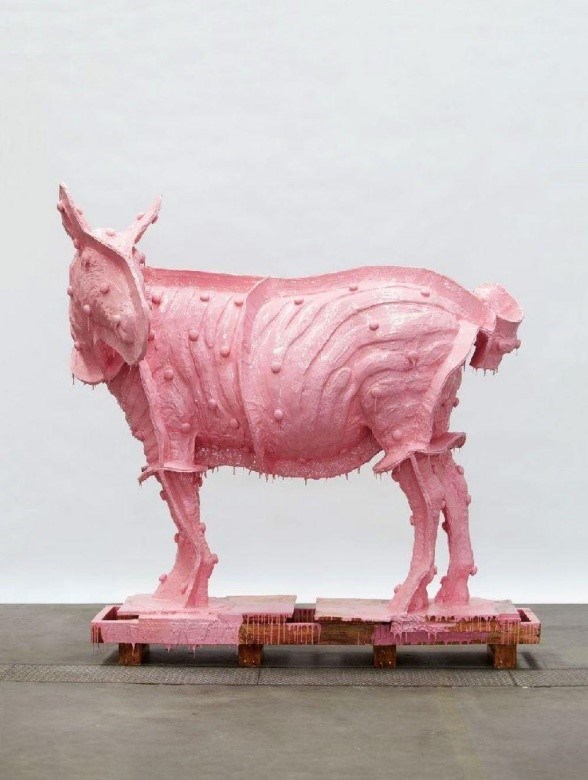 Lot 147, by American/ Korean multi-media artist Michael Joo, b.1966, sold for £12,500 to a phone bidder in the UK. Titled ‘Doppelganger (Pink Rocinante)’ this work was created in 2009 in enamel on bronze, measuring 195.6 x 193 x 111.8 cm. Like much of his work, this sculpture reveals Joo’s interest in the mysteries of the natural world, and acts as an exploration of the tensions and harmonies that exist between the worlds of science and nature. This work was exhibited as part of a joint exhibition of Joo and Damien Hirst, entitled "Have You Ever Really Looked at the Sun?", held at the Haunch of Venison in Berlin in 2010. 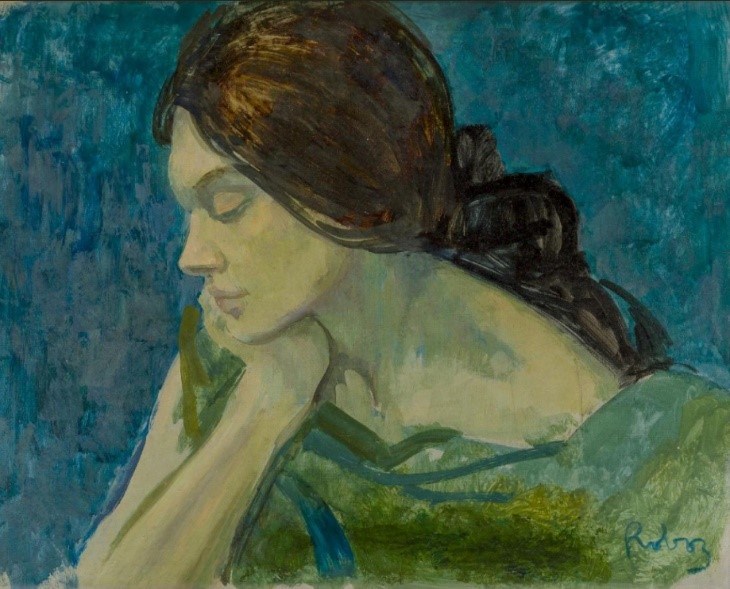 Zsuzsi Roboz, Hungarian 1939-2012- Self-portrait; oil on canvas, that came from a private collection, London, was the surprise sale of the day. Against a pre-sale estimate of £100 - £150, this art work made £1,250, going to an online bidder in the UK. Zsuzsi Roboz, was a London-based Hungarian painter known for her portraiture paintings and paintings of the arts. Her work is in public galleries including the Tate Britain and The National Portrait Gallery. Roboz was best known for her portraits of dancers, musicians and writers. 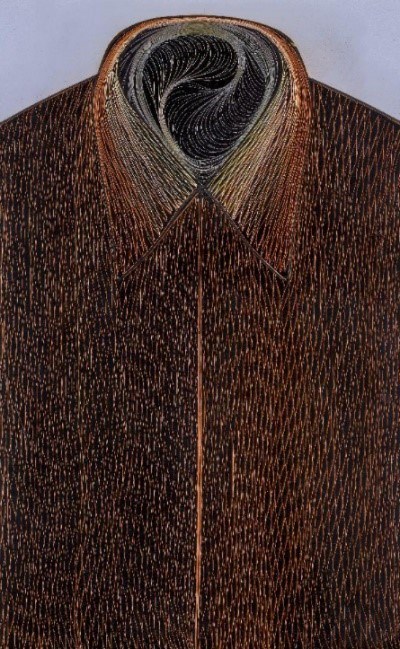 Rounding up the highlights on offer across the two sales was a work by Greek artist Pavlos Dionyssopoulos, (1930-2019). Dionyssopoulos studied at the Athens School of Fine Art under Yiannis Moralis, travelling to Paris in the 1950s and early 1960s, where he encountered Pierre Restany. The New Realist movement, which Restany spearheaded, had a strong effect on the development of Dionyssopoulos’s instantly recognisable style. The construction with poster paper in Perspex artwork sold at Roseberys is a great example of the way in which Dionyssopoulos’s work poses a challenge to the concept of ‘high art’. Like all of his most famous artwork, this piece embraces the mundanity of modern life in both its materials and subject-matter, using strips of poster paper to depict a folded work shirt. Against a pre-sale estimate of £800 - £1,200, this lot sold for £3,500. Secured by an online bidder in Greece, against telephone bids and commission bids, again showing a trend for artworks returning back to their former homes.