The two Design: Decorative Arts 1860 to the Present-Day auctions this year played host to a wide-range of highlight results. The sales offered a good variety of Applied Arts from 1900 to the present day and the response from all our clients worldwide was good to see. The sale of studio ceramics was particularly strong throughout, showing the strong demand for studio pottery from all periods of the 20th /21st century. 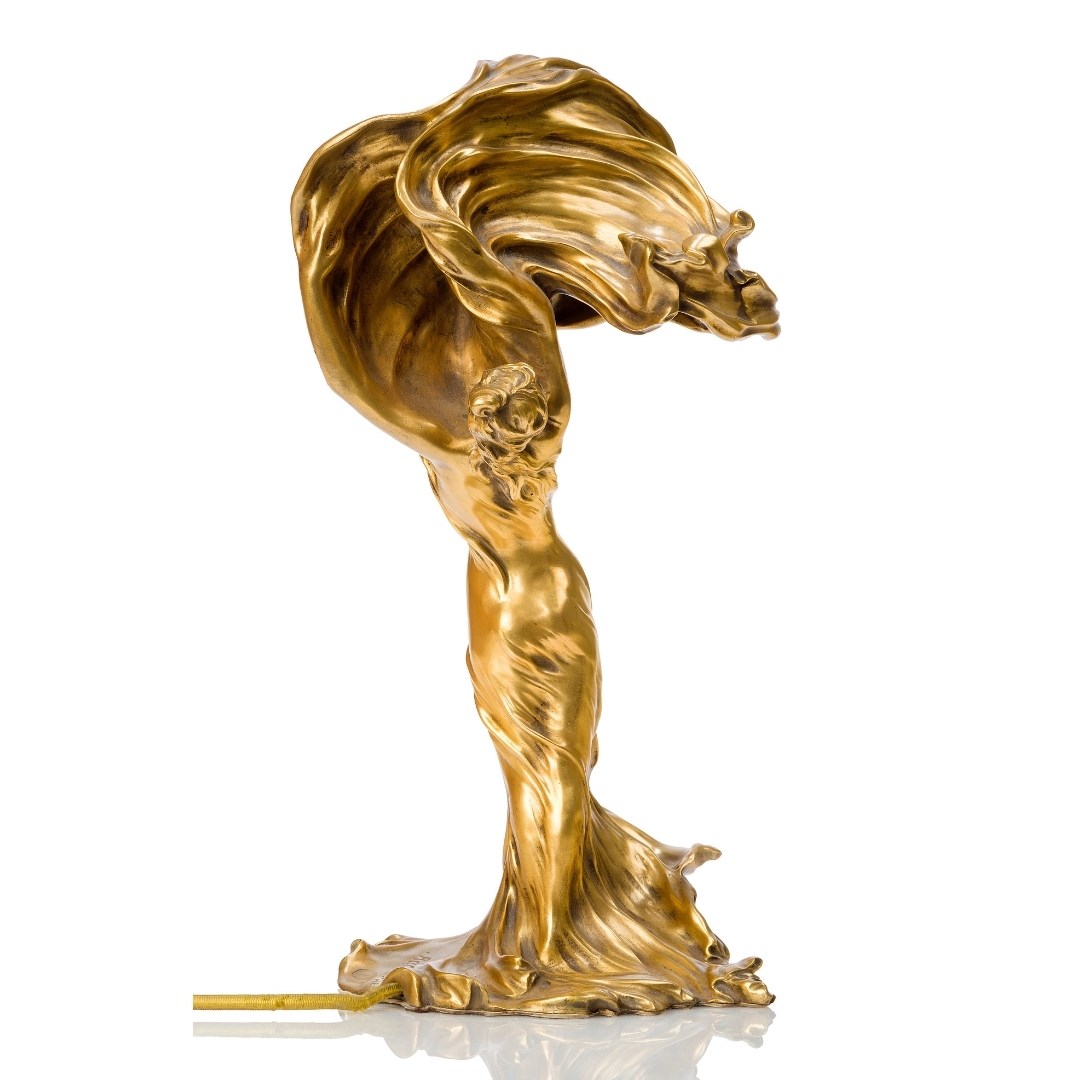 Lot 39, an Art Nouveau gilt-bronze figural table lamp of Loie Fuller c.1900 by Raoul Larche (1860-1912) was the bestselling item of the year for the department, which sold for £18,750. Fiona Baker commented: ‘It was such a pleasure to have the Raoul Larche gilt-bronze table lamp depicting Loie Fuller in the sale, not only is it a beautiful object, well cast and in good condition, but it represents so much from an Art Nouveau perspective. Loie Fuller was an ‘Icon’ of the period, her choreographed dance with long silk scarves was sinuous and mesmerising, coupled as it was with stage lighting and was a dramatic tour de force.  Electricity was being introduced in to more wealthy homes at the end of the 19th century and sculptors and designers were using it as inspiration, and none more so than Loie Fuller herself and Raoul Larche the sculptor of this beautiful lamp.’ 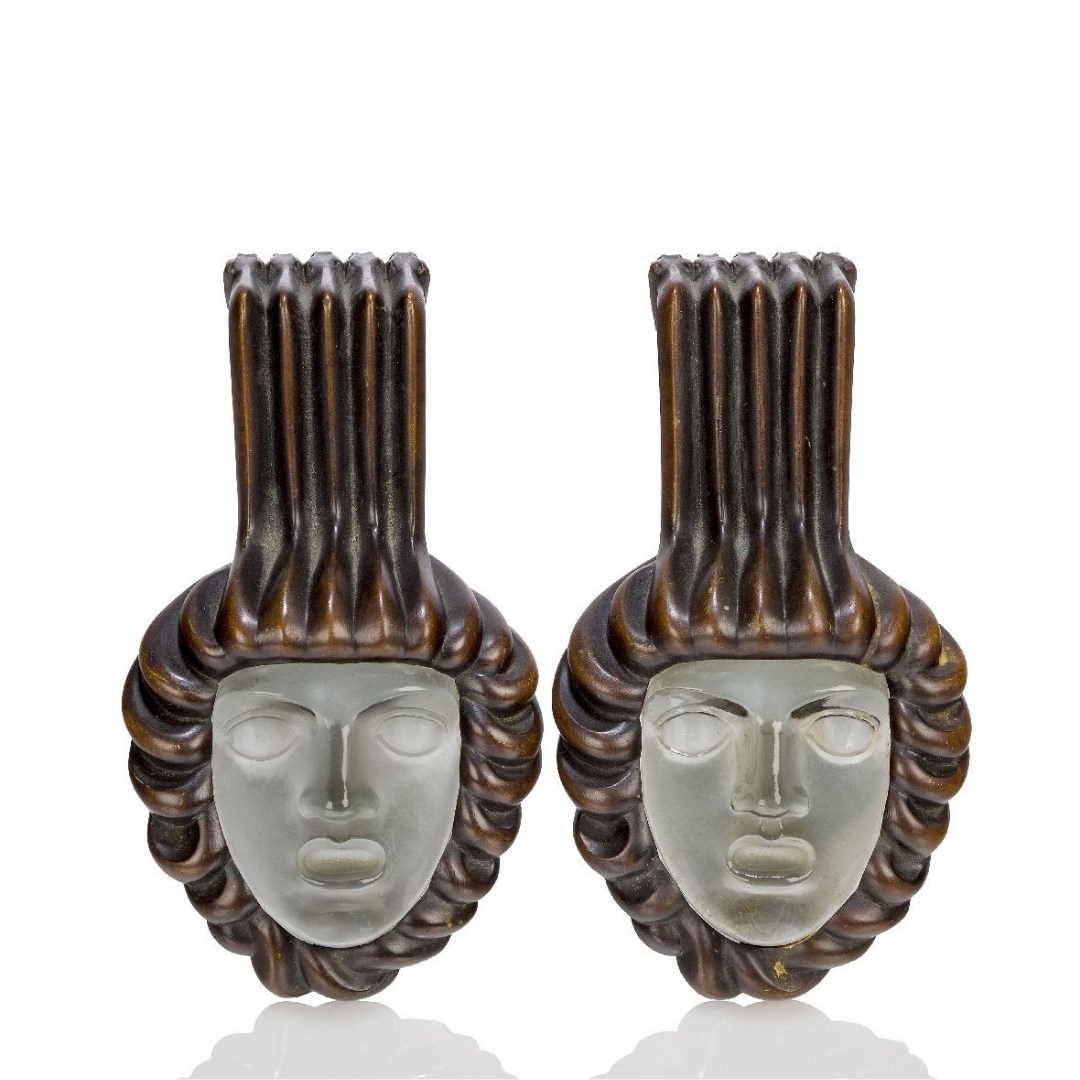 Leading the highlights by Lalique, is a pair of bronze and glass handles (lot 77) that would have graced the sides of Rene Lalique’s ‘Cluny’ vase. Sadly, the glass vase itself is no more, but the handles have remained, and were sold for £12,500 in the November auction. René Jules Lalique  was a French glass designer known for his creations of glass art, perfume bottles, vases, jewellery, chandeliers, clocks and automobile hood ornaments, like the lot sold at Roseberys. Creations by Lalique are a regular fixture within the design sales. 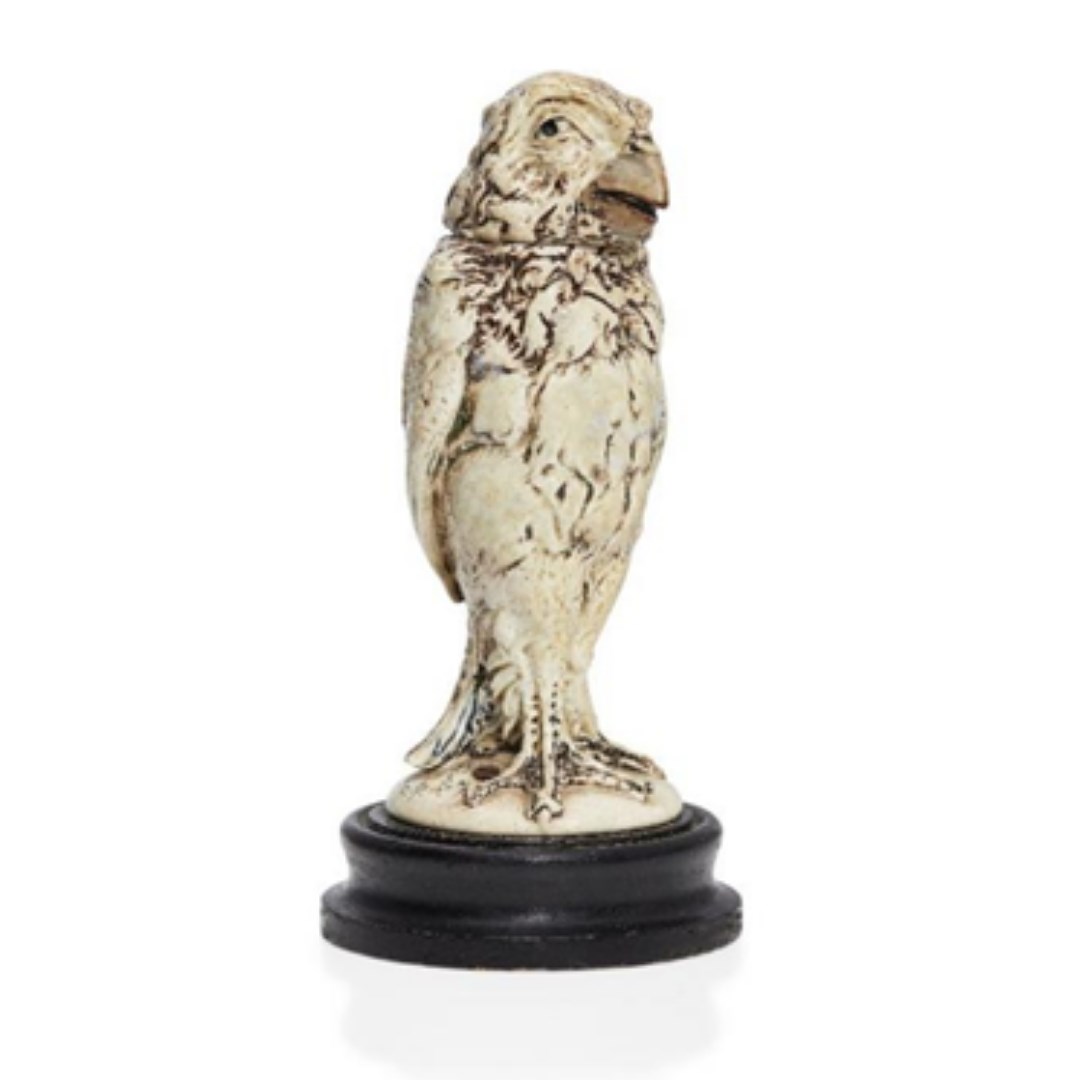 A Martinware bird model has sold at Roseberys for £11,500 to a collector based in London. The highly prized piece, part of a small single-owner collection of Martinware, was the top seller in Design: Decorative Arts 1860 to the Present Day on March 3 and was one of a number of lots to outstrip estimates. Studio ceramics and stylish modern furniture were also among the highlights. Eccentric founder Robert Wallace Martin (1843–1923) and his siblings Charles, Walter and Edwin epitomised the energy and experimentation of the 19th century art pottery movement. Eminently collectable on today’s market as this result shows, Martinware is known for its vast range of skilfully formed and decorated domestic and decorative wares. Often grotesque and eccentric, these distinctive creations demonstrated the brothers’ unique blend of fantasy and imagination. A sculptor by training, Robert was generally responsible for throwing and modelling and is most commonly associated with the pottery’s fantastical sculptural bird models. These wares were produced with strangely anthropomorphic facial expressions in a variety of different sizes. The 18.5cm high stoneware bird at Roseberys for instance was modelled with a thoughtful expression.

The March auction ended on high with the sale of a set of inventive Ron Arad (b.1951) chairs made for Draide in Milan in c.1994. The ten ‘Empty’ chairs, which had been with the vendor since 1999, were taken to a multi-estimate £9,750. Ron Arad is an Israeli industrial designer, artist, and architectural designer. Ron Arad has won numerous additional international awards, holds an Honorary Doctorate at Tel Aviv University, and is regularly and widely published. His work features in dozens of prestigious public collections and has been widely exhibited in record-setting shows, including at the MoMA (NYC), the V&A (London) and the Centre Georges Pompidou (Paris). Ron Arad has designed for all major international furniture and design brands, including Vitra, Kartell, Moroso, Alessi, Cappellini, Cassina, WMF, Swarovski, Roca, Magis and Driade such as the chairs offered at Roseberys. 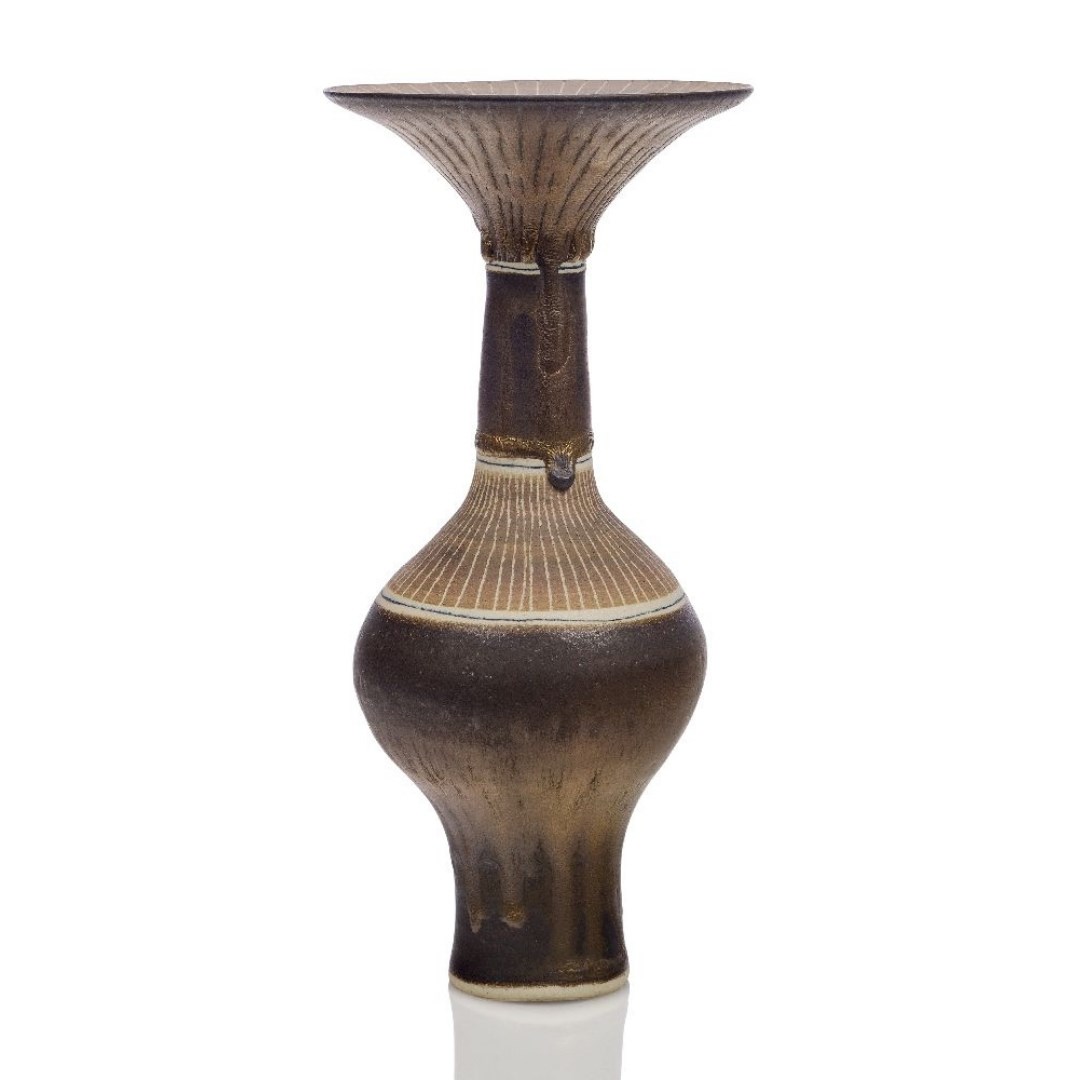 An item by Dame Lucie Rie that sold well on the day within the auctions was lot 157, a fine porcelain vase, c.1980. Her creations are noteworthy for their Modernist forms and her use of bright colours and she was influenced by Neoclassicism, Jugendstil, modernism, and Japonism. Today her works are highly desired and fetch impressive prices in auction rooms around the world, including at Roseberys. This fine Lucie Rie vase was a particularly good example of her work. The precise sgraffito decoration, inlaid blue lines and running gold glaze all generated interest and it sold for £9,375.

To find out more about the Design: Decorative Arts 1860 to the present-day department click here.

If you would like to consign into the next Design: Decorative Arts 1860 to the present-day auction, you can request a complimentary valuation by filling in this simple form

The next Design: Decorative Arts 1860 to the present-day auction will take place on Tuesday 27 April