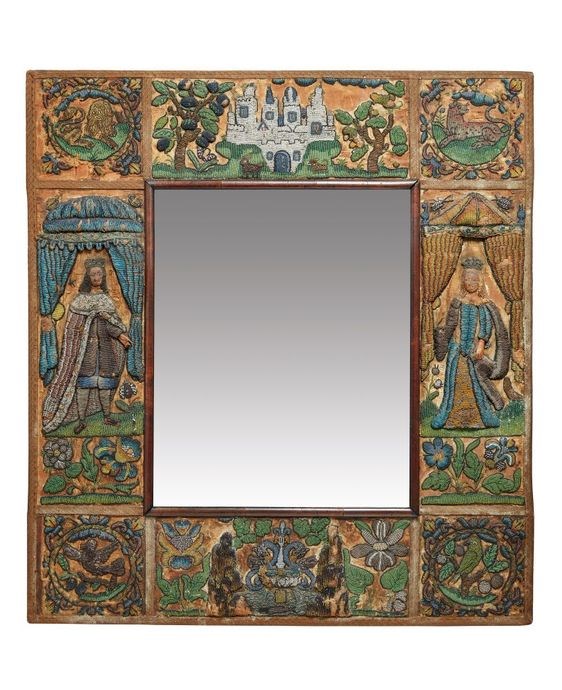 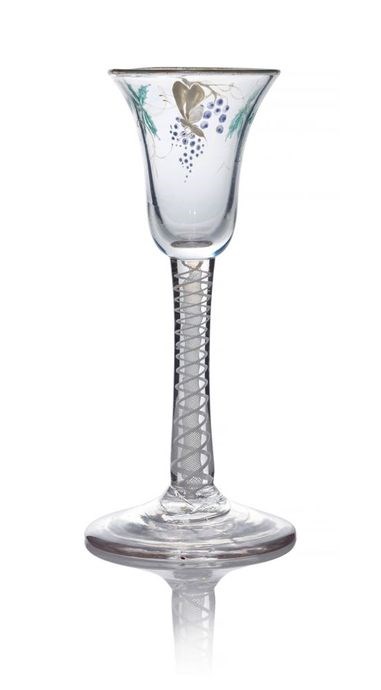 With an eye towards vernacular objects and furnishings, the Craft & Tradition sale is an exciting opportunity to bid on a wonderful selection of works of art’.

Further information on highlighted lots are below:

Opening the sale is an impressive collection of over 100 lots of glass. Lots 1-110 comprise of 17th and 18th century glassware. A key lot in the collection is Lot 24 A George II Bielbey wine glass, c. 1750/60, the bowl decorated with polychrome enamels and gilded with fruiting vine and flying insect in turquoise, amethyst and white enamels, the lip gilded, above opaque double series twist stem, on conical foot, 15.7cm high

A Charles II needle or ‘stumpwork’ table mirror, circa 1670-1680, the silk-ground worked in seed pearls and metal threads with a King and Queen in fine robes, probably Charles II and Catherine of Braganza, with a castle above and fountain below, the top corners worked with a lion and leopard, the lower corners with birds, the reverse with ink-inscribed label ‘Bead-work of the time off Charles 2 (sic) constituting a sampler of that time, with portraits of Queen & Charles 2, Bishop of Nottingham’, 80 x 73.5cm

Stumpwork was fashionable from c.1630 to the late 1680s and was seen as the most difficult embroidery technique to master by young women. It gained its name in later years, after the wooden padding sometimes used. It’s raised and padded style was an extension of the method used especially in Germany and Hungary to sew heraldic and church vestments. Stitches are worked around pieces of wire to create individual shapes such as leaves, insect wings or flower petals. This is then applied to the main body of work by piercing the background fabric with the wires and securing tightly. Examples of this size are rare and celebrate the best of English embroidery of the 17th century. The exact iconography of the mirror remains a tantalising mystery. One interpretation is that the castle could represent Nonsuch Palace, commissioned by Henry VIII as a spectacular hunting lodge to rival Fontainbleau. Following Henry’s death in 1547, Nonsuch had several owners before it was returned to the Crown after the Restoration in 1660. Charles II (possibly depicted in the lot) gave the palace to his mistress Barbara, Countess of Castlemaine in 1670 who had it pulled down in 1682-3 to pay gambling debts. Stained glass which survives from the 18th century at Nonsuch Park depicts exotic green parakeets, one of which can be seen on the lower right corner of the present lot. 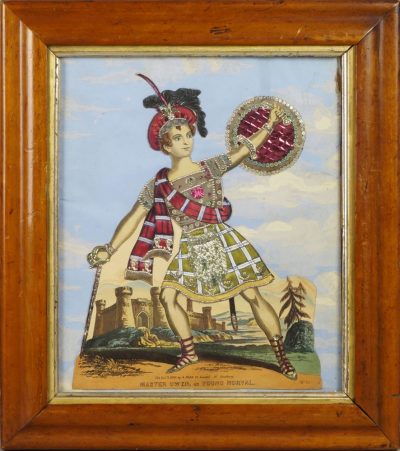 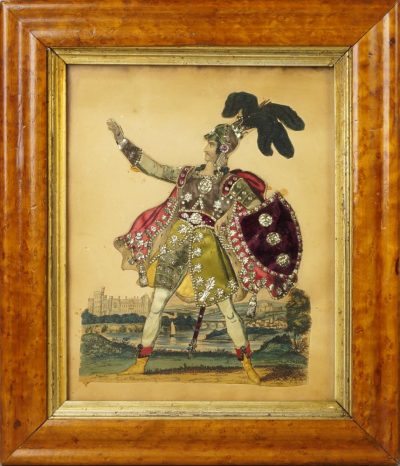 The fourteen lots exemplify the popular nineteenth century fashion for making ‘Tinsel’ pictures. Typically featuring popular theatrical figures, a print is embellished with silks, satins and metallic or copper foil from tea or cigar packages. The prints, issued in sets by A. Park, of Leonard Road, Finsbury, could be purchased for a penny and then once bought home the owner had the artistic freedom to ornament them with their own decorations. This allows for their charming individuality and ensures that no two tinsel pictures are the same. 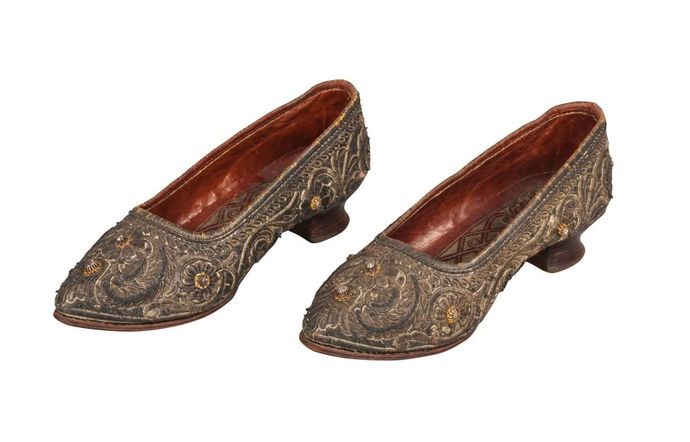 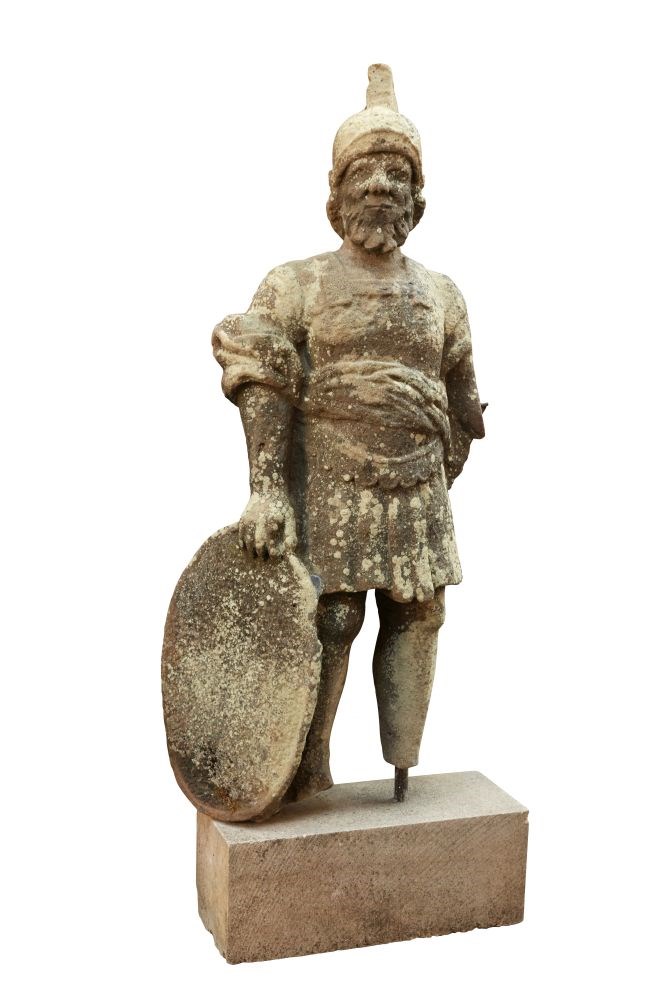 Alnwick castle is the seat of the Duke of Northumberland and was first built following the Norman conquest. It has been renovated and remodelled a number of times and the current figure dates to the mid-18th century when the first Duke ordered a full restoration of the castle which was then in a ruinous state. A number of stone figures were added by the mason James Johnson of Stamfordham to complement the surviving medieval examples, apparently taking 20 years to complete. When Algernon became the 4th Duke in 1847 he chose to replace the 18th century ‘gothick’ architecture, including removing a large number of the stone battlement figures. Similar examples still adorn the castle but the current example is a rare survivor.

Viewing for the Craft & Tradition auction opens on Friday 13 July 1-5pm and continues:

Auction starts at 10am

Visit www.roseberys.co.uk for the full catalogue and details of how to bid.