A collector’s guide to Eames chairs 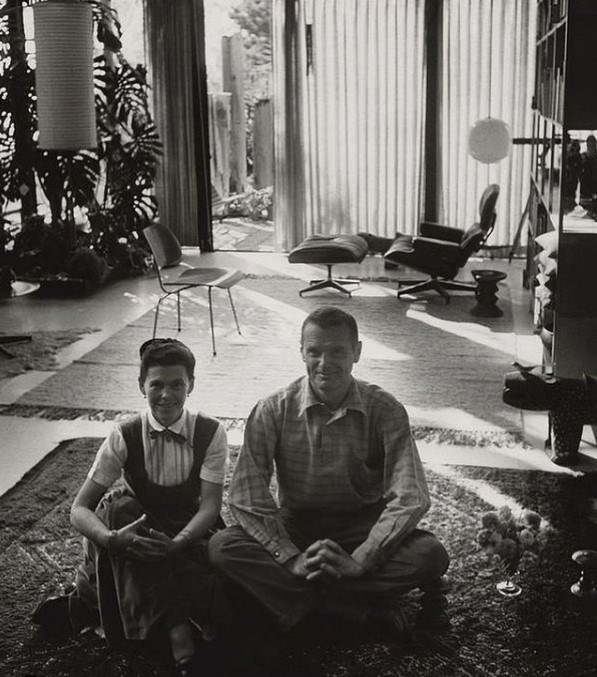 Charles and Ray Eames sat in the living space of the Eames case study house. 1950’s via the
@dizignlab Instagram

Charles Ormond Eames, Jr. and Bernice Alexandra "Ray" Kaiser Eames were an American married couple of industrial designers who made important historical contributions to the development of modern architecture and furniture through the work of the Eames Office. Eames Office was a creative studio that created architecture, furniture and film along with other forms art. Today the Eames Office LLC legacy continues, comprised of a team that includes the grandchildren and great-grandchildren of Charles and Ray. The Eames Office’s new team are dedicated to communicating, preserving and extending the work of designers Charles and Ray Eames, where they still continue to have the designs produced under the license of Vitra and Herman Miller.

During Charles and Ray’s career, the duo were responsible for some of the most innovative chairs of the 20th century. Here we showcase five of their famous chairs, that followed their design ethos to be functional, durable and aesthetically pleasing. 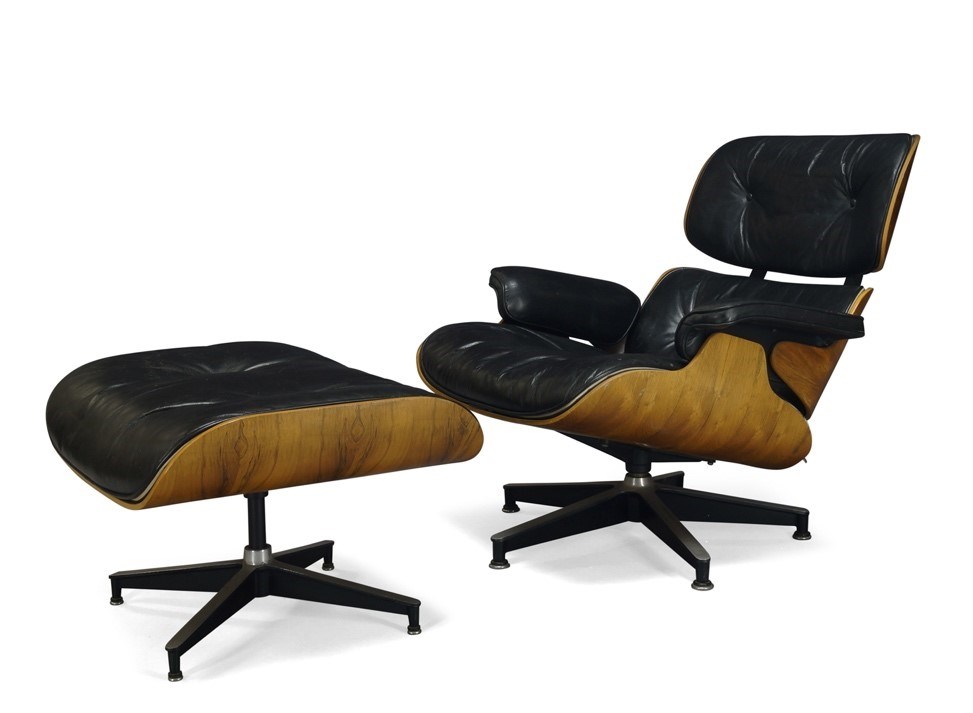 Charles and Ray Eames (American), a '670' lounge chair and '671' ottoman for Herman Miller,  c.1970, chair and ottoman each bearing ‘Herman Miller’ label to underside The rosewood shells, with black leather upholstery, on aluminium swivel bases. For sale within the Design : Decorative Arts 1860 to the Present Day auction on Tuesday 27 August, coming with an estimate of £2500-3500

'Why don't we make an updated version of the old English club chair?', was the comment by Charles Eames that launched the development of the Lounge Chair. The aim was to please the desire for a sufficiently proportioned chair that combined ultimate comfort with the uppermost quality materials and craftsmanship. The armchair designed by Charles and Ray Eames in 1956 it is not only lighter, more elegant and more modern than the conventionally ponderous club chair, it is also more comfortable. When the set was introduced in 1956, there was nothing like it, and there is still nothing to equal it. Due it’s qualities, the Lounge Chair became one of the most famous designs by Charles and Ray Eames and has achieved the status of a classic in the history of modern furniture. Just as it did 65 years ago, production of the Lounge Chair today, that is made of molded plywood and leather, requires 47 different steps, many of which must be performed by hand. The meticulous execution of each step, in combination with premium-grade materials, ensures the enduring quality. 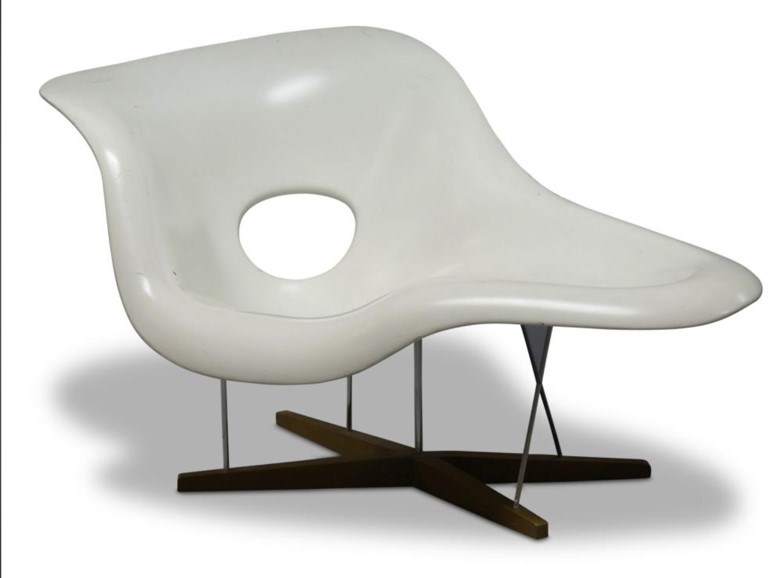 La Chaise was originally designed in 1948 for the Museum of Modern Art’s international competition for low-cost furniture design. With an abstract, almost Dali-esque appearance, it is not surprising to find out that the inspiration for the piece came from a sculpture - 'The Floating Figure' by Gaston Lachaise, which as well as its function, inspired the chair’s name. The purpose of the chair during its design inception was to be a conceptual free-form and an organically designed daybed on which a user could either sit or lie. The chair is comprised of two bonded fibre glass shells. It was never produced during the lifetime of Charles and Ray as it proved too costly to make, which is interesting given the name of the competition it was entered into. However, due to many requests for the piece to be made, Vitra produced La Chaise for the market in 1991.

Eames DCM ( Dining Chair Metal ) were one of the Eames Office earliest chair designs, introduced in 1946, when the design pair started experimenting with moulded plywood. After their conception, the DCM chairs quickly became an American classic. The seat and back of the chair are moulded to fit the contours of everybody, and its attached rubber mounts allow the chair to flex and shift easily, providing the sitter instant comfort. Today the chairs, manufactured by Herman Miller and Vitra have the same durability and comfort, as they did when they were designed in the mid-40s. 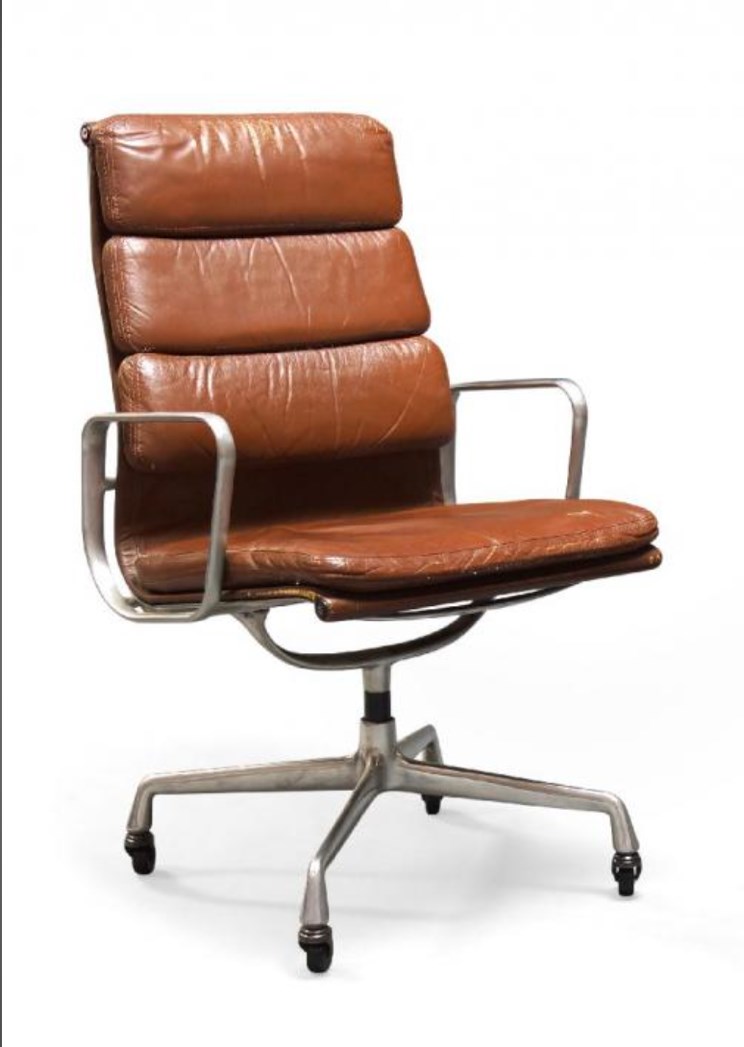 Offering superb comfort, the Soft Pad Office Chair is a decadent seating solution for any modern workspace, designed by Charles and Ray Eames. Sophisticated, refined, with a graceful silhouette, the design of the Soft Pad chairs dates back to the year 1969. In terms of both construction and shape, the Soft Pad Chairs are similar to the design of the Aluminium Group. However, their sewn-on cushions create a striking contrast to the slender aluminium profiles and make the chair softer and more voluptuous, causing the chairs to adapt to the body of the sitter and provide great comfort. The seams on the cushions feature a double-needle top stitch—a technically difficult and time-consuming detail, but one that results in a durable, long-lasting product.

Designed in 1950 by the iconic duo Charles and Ray Eames, the chrome-legged DSS-N Plastic Stacking Side Chair is an instantly recognisable piece. Several versions of the robust plastic chair are especially well suited for use in public spaces with mass seating. Today the re-edition of the now legendary fibreglass chair by Vitra is crafted to the exact same shape but from polypropylene, thanks to recent advances in technology and materials. The seat sits on a striking chrome-plated tubular steel base that is stackable up to eight chairs high for added functionality.

Find out more about the Funiture & Rugs Department