100% sell-through rate for Lowrys’ at auction 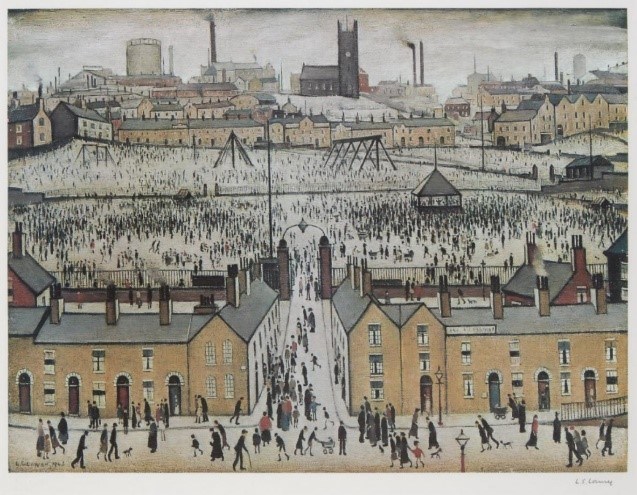 On 7th July, Roseberys were delighted to present the Modern & Contemporary Prints & Multiples auction, that played host to an array of highlight results. The sale, which included 423 lots in total, offered avid collectors and expert connoisseurs the opportunity to buy important works by renowned artists including art by artists such as Banksy, Damien Hirst and Andy Warhol. 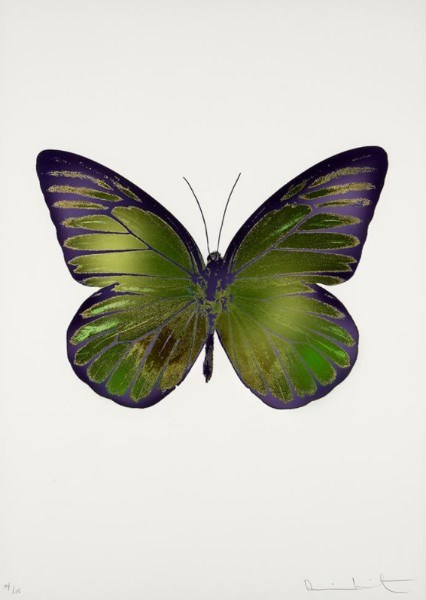 It was the debut sale for the new Head of Department and Specialist, Ed Plackett. Ed was Head of sale in 19th Century European Art at Christie’s South Kensington for ten years. Three years at Bonhams Bond street as a Head of department in Impressionist pictures, four years in a commercial gallery mainly dealing with modern prints and then a further five years as an independent dealer, before joining as the Head of Roseberys Modern & Contemporary Prints & Multiples department. 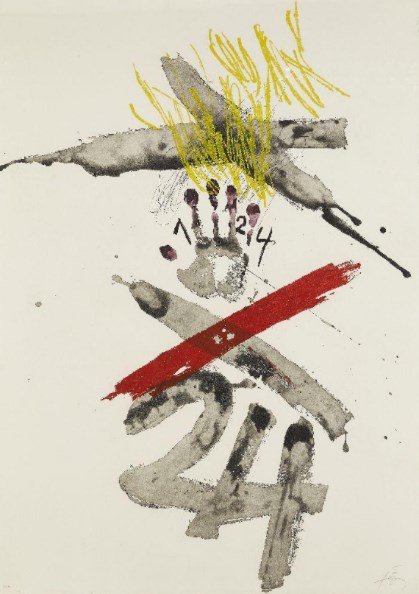 Ed Plackett commented on the success of the sale: ‘We had a strong and varied Modern & Contemporary Prints & Multiples sale, with artists from many nationalities, using a variety of techniques. The print market has continued to perform well and we continue to see healthy demand for the big names. The Japanese Takashi Murakami prints were especially highly sought after and the Antoni Tàpies and Joan Miró sections did well too. In particular British artists such as L.S Lowry, David Hockney and Peter Blake prints continue to be popular, and the market is still strong for Urban art including Banksy prints. We look forward to our next sale on November 2nd, which closes for entries on the 24th September.’ 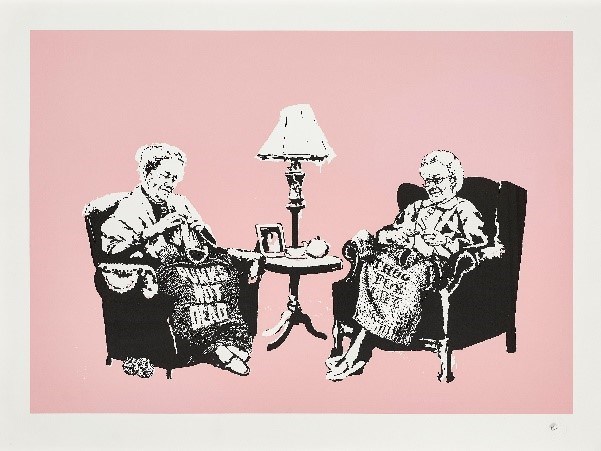 Banksy, British b.1974- Grannies, 2006; screenprint in colours on Arches wove

Leading the sale was lot 337 by Banksy, Grannies, 2006; screen-print in colours on arches wove, numbered from the edition of 500 in pencil, published by Pictures On Walls. The original work was first displayed as a painting at Banksy’s iconic exhibition Barely Legal, which took place in a warehouse in Los Angeles in 2006. It is a well-known design by Banksy that is frequently in demand on the market. The print was bought by a Roseberys Live online bidder, selling for £45,000. Ed commented: ‘The Banksy unsigned print market is becoming more price sensitive, but this has always proved to be a popular image. This lot had the benefit of being in very good condition with a pest control certificate. It sold for a good price for Banksy’s Grannies.’ 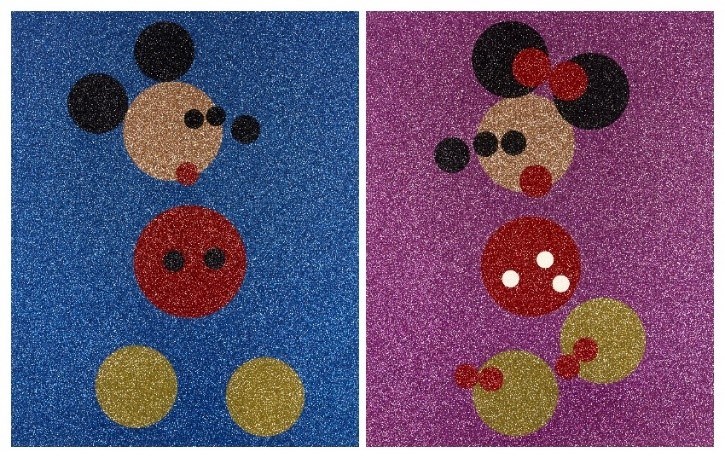 Damien Hirst, British, b.1965- Mickey and Minnie (Blue and Pink Glitter), 2016; two screenprints in colours with glitter on wove

Lots 302-311 within the auction were important works by Damien Hirst. Lot 307 was the highlight out of the collection on offer, two screenprints in colours with glitter on wove, signed and numbered 92/150 verso, with red Hirst inkstamp, published by Other Criteria, London, titled ‘Mickey and Minnie (Blue and Pink Glitter)’. This work is a playful development from Hirsts' spot paintings, using simplistic versions of well-loved cartoon characters. Ed commented – ‘A strong market price for our Damien Hirst Mickey and Minnie. These colourful sparkly prints are sought after internationally, such is their commerciality.’ The pair of framed works, produced in 2016, made £40,000, going to a buyer based in Florida, USA, who left a commission bid.

Lot 189, was the highlight sale out of the Andy Warhol works on offer within the sale. Tattooed Woman Holding a Rose, 1955, a framed offset lithograph in colours on pale green onion skin wove, with horizontal folds as issued, bearing the Estate of Andy Warhol and Andy Warhol Foundation for the Visual Arts Inc. This work was produced in 1955 when Warhol was still working as a commercial illustrator. Editions of this lithograph were distributed to advertising and design agencies, clients and patrons, as a calling card in his search for commissions. It even has Murray Hill, NY, plus his phone number across the woman's waist. A similar work is currently displayed in the New York, Museum of Modern Art, Andy Warhol Retrospective. This work benefitted from coming accompanied by a Certificate of Authenticity, produced by Halcyon Gallery, London. Ed noted – ‘Warhol shows his enduring popularity with this early characterful lithograph, and pre-sale interest proved popular.’ The print sold for £18,125, going to a telephone bidder in New York. 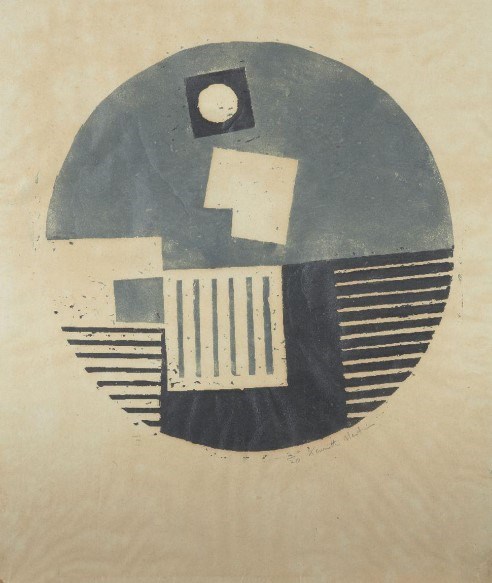 This rare Kenneth Martin OBE, 1905-1984- Untitled (tondo composition); woodcut in colours on thin wove (lot 162) proved very popular at auction. The English painter and sculptor who, with his wife Mary Martin and Victor Pasmore, was a leading figure in the revival of Constructivism. The lot on offer at Roseberys made £8,125, far exceeding the pre-sale estimate of £400 - 600, going to a Roseberys Live online bidder based in London. 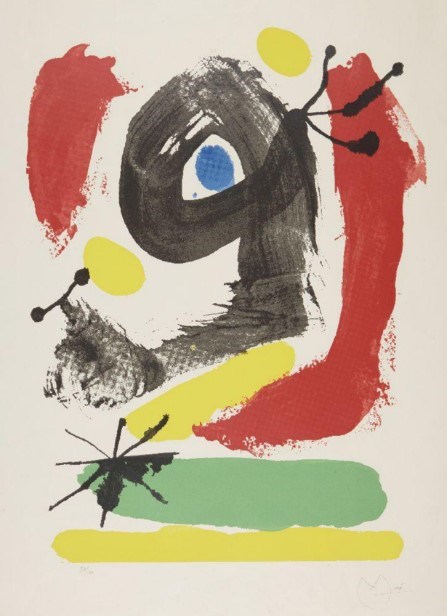 The Joan Miró section of the sale sold well, especially lot 52, Untitled, 1964; a brightly coloured screenprint in colours on smooth wove. The signed and numbered 75/100 edition, measuring 78.5 x 58.5cm, has a similar example, which can be found in the Tate Britain, accession no. P05474. This edition made £5,000 at auction against an estimate of £2,000 - £3,000, selling to an RoseberysLive online bidder, based in England. 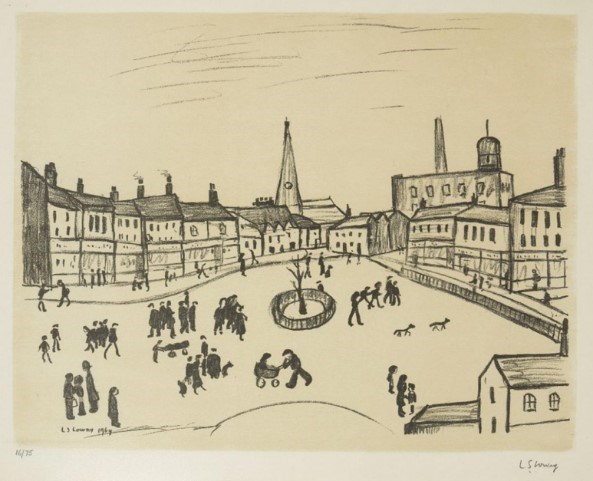 The sale had a strong Lowry print section comprising of lots 100 - 117, all achieving some strong prices for prints with excellent provenance. This section was a 100% sell through rate, making the grand total of £64,737. Ed commented – ‘The Lowry print market we have shown is strong and healthy particularly for the hand signed prints.’ Lot 116 was the highlight out of the collection, Tree in Square, 1969; lithograph on wove, signed and numbered 16/75 in pencil, published by Ganymed Pres. Estimated to make 4,000-6,000, this lot made £6,375, selling to a London based buyer.

You can view the fully illustrated Modern & Contemporary Prints & Multiples catalogue, including all the results from the auction here.

The next Modern & Contemporary Prints & Multiples auction will take place on Tuesday 2 November, and is now welcoming consignments.